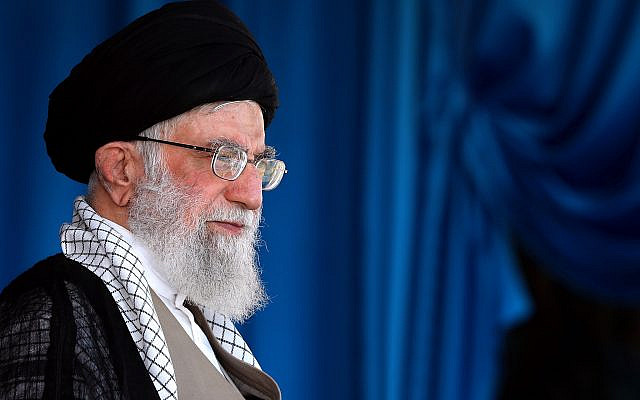 Two months have passed since the death of young Mahsa Amini by the hands of the morality police, marking both a turning point in the history of the Islamic Republic, and a catalyst for a people whose lives have been left interrupted by the brutality of a system which claims its legitimacy to be holy.

For weeks now the world has stood a silent witness before the abominable violence the regime’s men have been only too keen to dispense on a people so that their rule could be restored and the Leadership reaffirmed as the only source of power. In our refusal to commit to the defence of Iranians’ call for freedom and political self-determination I fear we may have betrayed the one promise we all once upon a time swore to uphold – “Never Again …”

For all our governments’ efforts to rationalise their respective apathy – such as the propensity to limit their condemnations to meaningless statements and empty threats of retaliation should Tehran fail to heed their warnings, the regime has but grown in boldness and cruelty, exploiting our lack of resolve to feed its own.

And since we have proven unwilling to defend those values and principles we claim are so central to our democratic aspirations and beliefs, millions now face a fate more terrible than we can possibly fathom. I don’t think words alone can convey the depth of this regime’s cruelty or its legions’ ambitions to exact revenge on those who today rage against its radicalism.

The carrier and representatives of an ideology which employs Terror as its modus operandi, the Islamic Republic of Iran has turned its ire inwards so that it could better make an example out of its communities and deter others from challenging its rule. Khamenei’s fear is not so much that he stands to lose Iran, but that in doing so his tentacular network of influences, which encompasses several Arab capitals – Beirut, Damascus, Baghdad, and Sana’a, would be forever lost and Khomeinis’ legacy obliterated.

As it were, Iranians today are fighting for a lot more than their own freedom, their stand is one against Terror – that which was born on the lips of a mullah for whom faith and piety ought to be expressed in the negation of others’ free will.

In the words of Ayatollah Khomeini: “All those against the revolution must disappear and quickly be executed.”

The regime cannot be reformed! It certainly will not be contained … and while state officials still imagine that their fact-finding missions and UN resolutions will carry weight and magically prompt reforms, 80 million souls face the regime’s guns, the violence of its militias and the arbitrary rule of its fanatical clergy.

An enemy of humanity, the Islamic Republic advocates genocide and oppression as legitimate instruments of Jihad, a sanctified mean to an end the mullahs believe to be holy.

In the pursuit of such goals, the regime knows no limits, and will stop at nothing – including the rationalisation of infanticide.

Earlier this month parliamentarians ruled that the regime ought to ‘step it up’ against protesters, days later the judiciary proclaimed that dissent would be considered an “act of enmity against G-d”, a crime not only passable of death, but of the worse possible torture prior to execution.

I will ask readers to ponder over the fact that crucifixion is still prescribed as a legitimate punishment under the penal code of the Islamic Republic, alongside hanging and stoning. However difficult it may be for some to envision the horrors this regime sanctions, for it would force them to admit that our inaction makes us parties to such crimes – silence here implies tacit consent, we must!

If anything we must stand witness to the regime’s abominable crimes, which qualify as crimes against humanity.

What is there left to say of an ideology that advocates, worse still, prescribes the systematic rape of women and girls so they could be denied Salvation upon their death? Death you see was not enough of a punishment for Ayatollah Khomeini, his ambition was to pursue his enemies in the beyond and condemn them to an eternity of pain and suffering. The insanity of such a rationale cannot be put into words … The notion that a man would imagine himself so grand that he could ambition his will to surpass that of G-d so that He would become the instrument of his revenge is not fanaticism but sheer lunacy.

Today Khamenei, the Supreme Leader of the Islamic Republic is making such a claim, his own. The man who argues that he, and he alone, speaks to the Divine, has called on his legions to wield Terror so that his rule could be cleansed of all apostasy.

From his pulpit, Khameini oversees a violence the world has yet to adequately recognise.

We would do well to remember that the regime’s fanaticism does not stop at the borders of Iran. We too stand in the line of fire should we fail to stop its cancer.