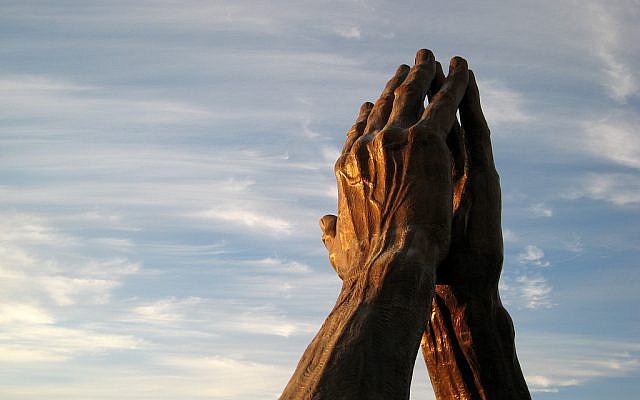 As Moshe prayed to G-d to forgive the Jewish People for sinning at the golden calf, G-d revealed to Moshe His Thirteen Attributes of Mercy. Those attributes are key to understanding how G-d runs the world, and how one can attain atonement/forgiveness for sins. Although we generally refrain from using adjectives to describe Gd, these Thirteen Attributes are presented as such. In this article we will focus on two of these attributes that both mean “mercy” — rachum and chanun — and attempt to understand what exactly they entail.

In his commentary to Exodus, Rabbeinu Bachaya writes that rachum and chanun represent G-d’s way of forgiving sinners who ask for forgiveness, repent, and experience some form of affliction, but he does not explain how the two terms differ from each other. Elsewhere he writes that G-d’s attributes of rachum and chanun are actually one and the same. They both denote His practice of heeding one’s prayers in times of need, even if that person had not yet repented his misdeeds. Rabbeinu Bachaya finds support for this argument in the fact that the Bible often uses both terms together, while sometimes placing chanun before rachum, and sometimes stating rachum before chanun.

We can discern the difference between rachum and chanun by way of an analogy in human interactions, specifically by looking at the relationship between a victim and one who has the power to save him. In that relationship the word chanun focuses on the victim, while the word rachum focuses on the savior. Chanun denotes the idea of the victim finding “favor” (chein) in the eyes of the savior (when talking about G-d, this may come through prayer), or simply deciding to grant (choneh) him a reprieve of sorts. Rashi (to Deut. 3:23) explains that the word chanun recalls the notion of a “free gift” (matnat chinam), so it denotes giving somebody relief that he does not necessarily deserve. On the other hand, the trait of rachum focuses on the savior who sees the victim’s downtrodden situation, empathizes with him, and ultimately decides to save him. One who is rachum does not necessarily save the victim directly for the victim’s sake, but rather for his own sake.

Other commentators offer other ways of differentiating between these two terms, and what follows is a brief potpourri of such explanations:

The Malbim discusses two more words (which do not appear as part of G-d’s Thirteen Attributes of Mercy) that also conjure the notion of mercy: chus and chemlah. The Malbim explains that rachmanut applies only to having mercy on somebody who is intelligent. Indeed, one pities a child or an animal in a different way than one pities an adult. As mentioned above, the idea of rachmanut is that one is bothered by seeing the suffering of another, so he has mercy upon him. The terms chus and chemlah, on the other hand, can apply to having mercy on any entity, not just an intelligent person. In English we call this “caring”.

Chus refers to having mercy on something out of a refusal to allow it to be destroyed because then he will lose whatever benefit he gains from that item/person/entity. The first word of the phrase chas v’shalom (loosely translated as “G-d forbid” or “Heaven forefend”) is a conjugation of the word chus. The word chemlah is a form of pity that one refuses to allow something/someone’s destruction because of an innate quality of that thing/person. That quality could be some form of aesthetic beauty or another perceived type of completion, which one does not want to see ruined. As Rabbi Wertheimer points out, the concept of chemlah as pity can be applied to pitying he who does not have the ability to ask for help (e.g., a child or somebody lacking the mental capacities to ask for help).