The Blogs
Neal Borovitz
Apply for a Blog
Please note that the posts on The Blogs are contributed by third parties. The opinions, facts and any media content in them are presented solely by the authors, and neither The Times of Israel nor its partners assume any responsibility for them. Please contact us in case of abuse. In case of abuse,
Report this post.

Ki Tavo begins with the command to be grateful for our blessings. These opening verses are reminders that both rights and blessing come with responsibility. While I believe, wholeheartedly and unquestionably, in the mitzvah of gratitude, commanded here in the opening of the Deuteronomy 26, I do, have significant theological and moral problems with the listing of curses and blessings found in chapters 27 and 28 in this week’s Torah reading. I do not believe that God micro-manages the world. The implication of the conditional nature of the list of blessings and curses seems to be that if one is righteous, he or she will be blessed; and if one is cursed, then that person must have done something to deserve it. Such a simplistic and literal reading, while accepted by some Jews over the ages, has also been challenged by Jews in every generation. The Biblical Book of Job is the earliest extant Jewish text to question the causal relationship between evil and suffering found in the listing of curses and their causes in Deuteronomy 26 and 27.

While I reject the idea that individual human suffering can in any way be viewed as Divine punishment for an individual’s action or inaction, I do believe that we do bear communal responsibility for the tragedies in our world. In particular, this year, looking through the lens of the covid-19 pandemic and inaction and reaction to the death and suffering experienced by so many, I do see a new saliency to the enumeration of these curses. Is not our world guilty of the sin of the idolatry, by our worship of money, power and fame? Is not the disproportionate deaths of the elderly, the ultimate insult, for which verse 27:16 proclaims we shall be cursed?

I believe that individually and communally, we Jews of 2020 do have the opportunity, and certainly the responsibility, to express gratitude to God for our blessings, as we are commanded in the opening verses of this week’s Torah reading, not only in the words of our liturgy and the prayers of our hearts, but also by the actions of being God’s voice and hands in the world. Yes, it is easier, especially in times of stress, to feel helpless and even hopeless, as we count the curses that have befallen us, our loved ones, our community and our nation. The High Holy Day liturgy teaches we each have the power to temper the evil of our lives and the life of the world.

The Days of Awe this year will be different from every other High Holiday season in my 72 years of life. Normally, you and I have the comfort of standing and sitting together, with our extended families and friends, in overflowing sanctuaries, as we fulfill our responsibility to stand before God in judgment, and to acknowledge our accountability. The curse of covid-19 and the mitzvah of pikuach nefesh, of protecting life, will deny us the comfort and the inspiration of coming together as a large community as we come to enter this New Year. However, each of us can find a path to gratitude and repentance from the experiences of Jews of generations past. There are many examples of Jews living under far worse conditions than we face today who found ways to give thanks to God on Rosh Hashanah for their blessings; hold themselves accountable for their actions and inactions; and also to mourn the tragic loss of health and life of those who lived in accordance with the words of Micah, who taught us that what God expects of us is merely “to act justly; love mercy; and walk humbly with God.”

The covid-19 pandemic has given me the opportunity for many hours of reflection and recollection. I have come to realize that blessings and curses so very often do come at us simultaneously. While I believe in God’s ongoing role in the creation and redemption of the world, I also believe, with all my being, that God, in giving us free will, made us partners in determining what happens, not only to ourselves, but to all humanity and to our planet earth as well. Thus, I hear in our parsha this week not only a call to be grateful for my blessings, but also a command to take more seriously this month the command to do “heshbon ha nefesh,” a true accounting of my actions and inactions, of the blessings I have received and the curses I may have intentionally or unintentionally uttered in words, or committed by my actions.

The curse of social distancing has in fact, facilitated for me the blessing of paying better attention to what is happening in the world around me. For example, watching the news reports of the death of Congressman John Lewis last month awoke in me memories of my college years of the late 1960s when I was blessed to meet John Lewis in the spring of 1967 when he spoke to students at Vanderbilt University. Just a few months later, the Six Day War changed the course of Jewish and world history and led me to spend the 1968-69 academic year at the Hebrew University. From those moments 53 years ago, the American Civil Rights movement and Zionism have become the driving forces in the rest of my life.

A year after I met John Lewis, I heard speeches by two men who have remained my heroes. In the spring of 1968, I was one of thousands of college students campaigning on behalf of Robert Kennedy’s presidential campaign when I heard Senator Kennedy explain his reason for running for president in one of his speeches to potential voters.

Later that same year, in the autumn of 1968, in a speech to American exchange students in an auditorium at The Hebrew University in Jerusalem, I heard David Ben-Gurion expressed his concerns for Israel’s future after The Six Day War when he said: “Time works both for us and against us, depending upon how we use it.”

As we enter the unknown of 5781, my prayer is that in the spirit of Ben-Gurion, we will make the time of this pandemic work for us, by coming closer to each other, spiritually and emotionally, even as we continue to socially distance; and that we will in the spirit of RFK, dream of a better world for all and proclaim ‘Why not!”

About the Author
Rabbi Borovitz was elected the Rabbi Emeritus of Temple Avodat Shalom in River Edge in June 2013 after serving the synagogue as rabbi for the previous 25 years. Prior to assuming his position in River Edge in the summer of 1988 Rabbi Borovitz served as Hillel Rabbi and Instructor in Biblical and Religious Studies at the University of Texas in Austin (1975-82), the Executive Director of the Labor Zionist Alliance on the United States, (1982-83) and as the Rabbi of Union Temple in Brooklyn, New York (1983-88). Rabbi Borovitz, a native of Cleveland, Ohio, received his B.A. from Vanderbilt University in 1970, his M.A. from Hebrew Union College-Jewish Institute of Religious (HUC-JIR) in 1973 and was ordained at HUC-JIR in June 1975. In March of 2000, he was awarded an honorary Doctor of Divinity from HUC-JIR. Rabbi Borovitz is an active leader in community affairs. He has been a member of the Bergen County Interfaith Brotherhood Sisterhood committee for 25 years. He is the immediate past chair of Jewish Community Relations Council of the Jewish Federation of Northern New Jersey and has also served on the Jewish Federation Board. He currently serves on the National Board of the Jewish Council for Public Affairs; the Rabbinic cabinet of the Jewish Federations of North America and on the Foundation Board of Bergen Regional Medical Center, the county hospital in Bergen County NJ. He is past President of the Bergen County Board of Rabbis and the North Jersey Board of Rabbis as well as the founding chairman of the Jewish Learning Project of Bergen County Rabbi Borovitz is a frequent contributor to the Jewish Standard and the Bergen Record and a frequent lecturer on Judaism; The Middle East and Interfaith cooperation.
Related Topics
Related Posts
Comments 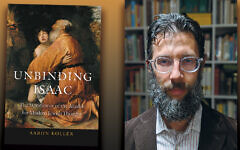 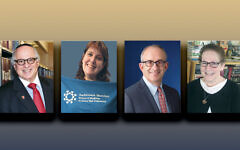 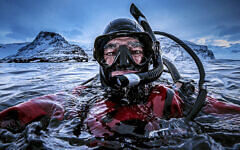 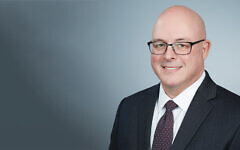 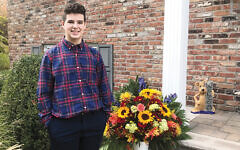