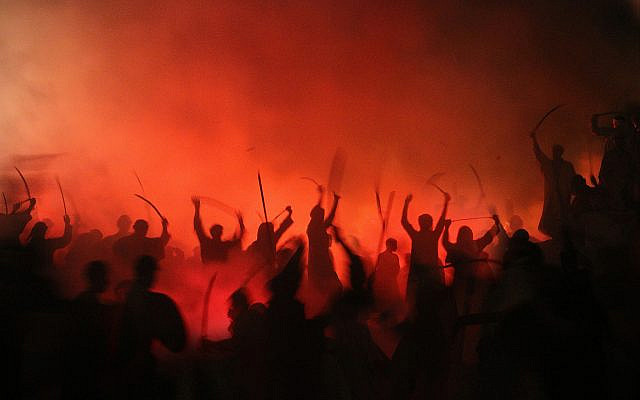 Photo by Hasan Almasi on Unsplash

Parshas Ki Teitze begins “Ki Teitzei la-milchama/when you go out to battle,” and goes on to address some of the laws of engagement that the nation of Israel were to follow after they entered and settled the land. Every teaching in Torah operates on multiple levels, and the Chassidic masters explain that the battle referred to here alludes not only to the physical wars that have been fought throughout history, but also, and more fundamentally, to the battle that each of us wages daily. While warfare and armed conflict are thankfully more rare now than they were in the more barbaric past, there is a spiritual struggle that is persistent, and Torah characterizes life as a constant battle.

In his work Tanya, Rabbi Schneur Zalman of Liadi describes the conflict between the Godly and animal aspects of our soul as two rival armies which are fighting for control over a city (Likkutei Amarim, chapter 9). Each of us is the “city,” and our two opposing inclinations – our Godly nature and our animal nature – vie for dominance over our being.

The Zohar similarly depicts our spiritual reality as a field of conflict: “With the dawn, one should cleanse himself of everything, and then arm himself for battle” (Zohar III, 260a). Each new day, the Zohar tells us, confronts us with a series of skirmishes as the various aspects of our existence wrestle with one another.

Even seemingly simple daily processes present us with constant struggle and confrontation: “A time of war is the time of prayer” (Likkutei Torah, Ki Teitze). Prayer, which is allegedly to be a time of peace and calm, is in fact a time of war. As we attempt to focus and clear our mind, we are barraged by distractions and temptations, and our quietude and clarity are perpetually challenged.

Even things as mundane and simple as consuming food present us with friction and contention: “The time of eating is a time of battle” (Zohar III, 188). The act of eating inflames our animal instincts and provokes our baser nature. In effect, every moment of life is a combat between our hidden inner essence that wants to express itself, and our outer material housing which wants only to further sate and pleasure itself, and therefore strives to keep its Godly origins suppressed.

Because of the nature of this ongoing conflict between the spiritual and physical forces of our existence, we are constantly confronted with the violence and cacophony of battle. The question is how we are to prepare for the battle, and how we are to engage the “enemy.” If, as the Zohar states, we begin the day with the battle of prayer, then we can glean from the prayer service the strategy and methodology with which we should face the combat that threatens us.

Most soldiers and forces prepare for war by girding their bodies in protective armor and readying their weapons. They cover themselves with gear that will reinforce and guard their flesh so they will not be harmed and their ranks will not be diminished. The more shielded and impenetrable they are, the greater their chance of victory. However, Torah prayer prepares for battle in a diametrically opposite manner.

The service begins with the recital of “karbonos/sacrifices,” in which one reads verses that narrate the order of the animal sacrifices that were offered in the Temple. The intention of these sacrifices was the consumption of the flesh and the eradication of the animal casing that conceals the spirit within. Through meditating on this act in the beginning of the daily prayers, the Godly essence that is hidden beneath the flesh is empowered and prioritized.

Yet this is counterintuitive. As the enemy fortifies itself in armor and equips itself with weaponry, Torah urges one to take her/his flesh, her/his animal and physical strength, and place it on the fire. As the enemy approaches in full regalia, one burns away her/his garments, armor, and all of her/his material might. One does so with the realization that these trappings make one vulnerable, not secure. We come to understand that muscle and metal don’t protect us, but rather they contain us. They isolate us and make us small and frail. Beneath them, within them, free of them, we are only light and fire. We are spirit, which is impenetrable and untouchable. We are one with the spirit all about us, and therefore we are unified and infinite. We enter the battle unencumbered and unafraid. We move through the field undetected. We leave the skirmish unharmed. The weapons of mankind destroy the flesh, but we have shed the flesh and can be neither felt nor felled.

The battle is over when there is no one here to fight. When we give up our animal, our fleshy and material self, we become invincible, and the enemy ceases to exist. Prayer is meditation on this self-transcendence and its subsequent oneness. Through prayer, we peel off the garments that constantly grow on us like a crust.

Our daily experience in the world convinces us that our physical individual reality is paramount – that I am the center of the universe, and that the weight of the world presses on me every moment. We pray to disentangle ourselves from this lie, to disrobe from this costume, to remind ourselves that we are united with everything else. The struggle then ends, and the fear melts away. Our blood pressure stabilizes, and we face the day with peace and confidence. The war does not end, but we are victorious and at peace even in the midst of the battlefield.