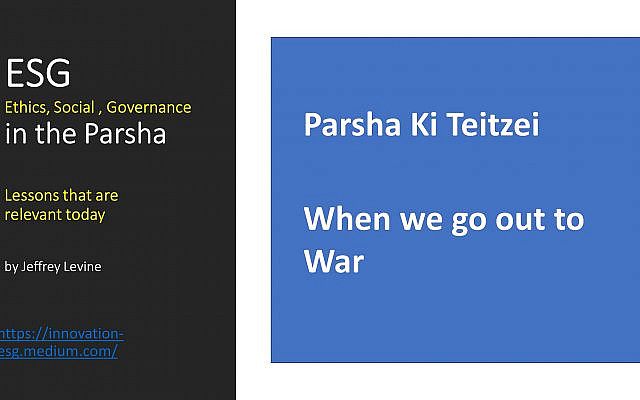 So here the Torah says “כי תצא למלחמה על אויביך” when you go out to battle your enemies. When the Torah talks about someone going out to war, it writes it in the singular. So, let me ask you, friends, how can one Jew go out and conquer the world? It’s crazy. -Asks Rabbi Shlomo Carlebach.

I feel like I am in the midst of three wars:

We are in the countdown to the BIG day. The day of judgment. Rosh Hashanah. We are being judged. The world will be judged by God.

On researching for this article on google, I came across the following which paralleled my thoughts during this time of preparation.

“Rav Kook’s teshuva process begins with “personal teshuva”. In opposition to the gloomy image of teshuva in some quarters, Rav Kook’s book on the subject is entitled “Orot HaTshuva” (The Lights of Teshuva). Above all, teshuva is meant to bring more light — more optimism and joy — into our lives.

There is also “national teshuva”, our return to Zion. The return to our land must be physical as well as spiritual. The connection we have been privileged to create in this generation between our nation, our land, and the Torah is the fulfillment of ancient prophecies that have come true before our eyes.

And in a wider context, there is “universal teshuva”. The entire world develops and advances as we become more sensitive to suffering and injustice, learn to rein in pandemics and prevent wars, and convert violent regimes into democracies.”

Well, we are not succeeding or trying enough to make the world a better place. Poverty, climate change, inequalities, corruption and double talk by our leaders, economic wars, lies, misinformation, and ganging up on Israel are just some of the headlines that come to mind.

Easy to preach, but we each have to put our house in order.

Starting with ourselves, I have taken up the 40-day challenge of self-improvement based on a book with this name. Highly recommended.

I now want to talk about the national war in Israel.

I will not talk about the simmering war between Israeli Arabs and Jews. Or the attack by the left on the Jewish and Zionist character of the state, but the economic war on the citizens. In this regard, I will use one example that affects our most basic need and that is Food.

The Torah again refers to this week’s reading about Agriculture and there are a number of Mitzvot here. Agriculture was a cornerstone of our return to Israel by the Zionist pioneers. It continues to be the backbone of this country, and an important part of the national security of this country as many farms are situated near the borders of Israel.

This week I attended an Agro conference in Jerusalem. And I felt I was in war. The farmers are battling for their livelihood and the future of farming in Israel. The battle is against the government and their policies which they claim are hurting the farmers — Actions of the Israel land authority which limits the use of the Land (not only farmers but everybody), import policy, the continuation of the big four supermarkets controlling 80% of the market and the cause the no. 1 problem of higher food prices. And the ineffectiveness of law and courts to outlaw and change this monopolistic practice. And not to forget the struggle for water usage.

There continues to be a drastic decline in the number of farms . The argument made is that these food imports are unfair and are further nails in the coffin of Israeli Agriculture.

The Government believes that a free market is the way to go forward as can be seen in this headline.

“The Agricultural reform-From this day on, everyone is enjoying the fruits of the reform

After many years, Israeli agriculture is changing its face and upgrading A reduction in tariffs on fruit and vegetables that will encourage competition and lower the cost of living, a greater variety of fruit and vegetables that will be available throughout the year, and labeling of Israeli produce. In parallel, farmers will benefit from budgets, grants and investments that will significantly promote Israeli agriculture and make it more technological and innovative.

The rationale was to reform the agricultural sector to allow the import of products, including eggs and dairy products from abroad. The move is meant to increase competitiveness and make a wider range of products available to Israeli consumers.

The plan also comes with a generous package of government grants for upgrading farms and infrastructure, including new tax breaks to encourage commercial investment in the agriculture sector.”

I am not convinced, we have not seen a reduction in the prices or increase in quality. Based on the evidence, there has not been a reduction in prices except for Blueberries and Pineapples (yay) which are now more in line with world prices. Egg prices have not come down.

Or enough of the 2nd part of these financial incentives and that is a problem. In the US ($353 billion) and Europe ($70 billion) there are tremendous farming subsidies. Opening up imports creates an unfair playing field as the Israeli farmer now needs to compete against an unlevel playing field.

The argument is about how to support the farmers who are vulnerable to economic and climate risk business. And this should be directed to bring in AgroTech and proper farming Business Models and Management including choice of crops and branding.

On a personal note, I am learning and involved in Agro Business and I am convinced that farming together with a more natural type of living as a profession and lifestyle is one that should be considered by the younger generation. For example, I am exploring ideas and opportunities for self-sustaining Eco Villages with urban or localized Agriculture where many fruits and vegetables are grown locally.

This I believe is something that should be encouraged.

Through nature and the promotion of the connection to Agriculture, we need to promote the connection of the next generation to Farming. Farming in Israel is at risk of dying out due to the age of farmers, and other factors as highlighted. Farming in Israel is of National Importance — Not only as a food source but as many farms situated in the borders, it is of paramount importance.

In addition, with land prices out of the reach of many, and with Covid-19 highlighting that one can almost work from anywhere, now is the time to consider lower-cost solution Eco Villages with “free” land, a type of lower-cost house, and “modern” Hot Houses and together with Solar electricity represents a simple overall solution for eco-villages.

The Israeli government made the announcement to encourage this type of concept:

“Israel’s Ministry of Agriculture on Thursday announced a new program intended to attract young farmers to the Golan and Galilee. The plan offers them vast areas for cultivation in addition to land in a local settlement where the young farmer will be absorbed. Both agricultural land and the land for the construction of the newcomer’s home will be provided free of charge. In addition, the ministry will subsidize up to 40% and up to a total of one million shekels ($305,000) for the cost of soil preparation and planting.

Minister of Agriculture Oded Forer (Israel Beiteinu) said on Thursday: “The Ministry of Agriculture and Rural Development will support in 2022 as well the absorption of new farmers in agricultural settlements to the tune of NIS 10 million ($3.06 million) in the first phase toward building the next generation in that nation’s agricultural sector and taking care of uncultivated farms throughout the country.”

So, they think $3m and no real plan will make a difference. Empty words and slogans.

And this leads us back to Teshuva — and National Teshuva.

We need to be honest. By this, it means we need to put the principles of ESG into our National Programs. This is my definition of ESG:

Social — Empower your Employees and the Community to be independent contributing to society, and treat staff fairly across all businesses and suppliers

Maybe there is some hope. As reported this week in:

“All government companies should adopt a line of establishing green infrastructures”

Why limit this to Environment? What about Social and Governance?

However, without Honesty in our intentions and proper measurement, we will not succeed as the Torah so clearly states in this week’s reading,

About the Author
Jeffrey is a Blogger, Entrepreneur, and Philanthropist (we can only dream) living in Jerusalem. He is a young grandfather who has five kids and four grandchildren. Jeffrey provides Financial Services for regulated Financial Companies - CFO, Key Individual, Approved Person through www.persofi.com and is a promoter of ideas and trends where Innovation meets ESG. He is looking to spread the message of Ahavat Yisrael and Jewish Unity through the music and stories through www.souldoctorstories.com and blogging.
Related Topics
Related Posts