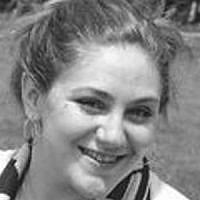 The Blogs
Samantha Rose Mandeles
Apply for a Blog
Please note that the posts on The Blogs are contributed by third parties. The opinions, facts and any media content in them are presented solely by the authors, and neither The Times of Israel nor its partners assume any responsibility for them. Please contact us in case of abuse. In case of abuse,
Report this post.

This piece is based on a D’var Torah I delivered at Beth El Hebrew Congregation in Alexandria, Virginia during Shabbat Ki Tisa in 2014.

This week’s Torah portion– Ki Tisa– deals with part of the Israelites’ journey through the desert and wilderness after being brought from Egypt by Moses in partnership with G-d.

It covers the famous episode of the creation and subsequent destruction of the Golden Calf, flanked on either side by Moses’ two trips to the top of Mount Sinai to receive the tablets of the 10 commandments. The parsha also provides instructions that enable the Israelites to create pieces of the Mishkan, the Holy of Holies.

Ki Tisa represents a critical juncture in Jewish history. In search of the Promised Land, the Israelites undergo what is, perhaps, one of the most important transitions in the entire canon of Jewish biblical literature.  Our ancestors, having been freed from the clutches of the Egyptians, led through the parted waters of the Red Sea, and brought to the foot of Mount Sinai, are- up until this point- simply members of a tribe.  They are a group of vaguely related people who share a common ancestor, history, and now, leader.

To me, this parsha is one of the most important in the Torah, and it is particularly relevant to our lives as modern Jews. As a Zionist activist and staff of the Committee for Accuracy for Middle East Reporting in America (CAMERA), my work and experiences have shown me exactly how crucial this portion is to our understanding of Jewish identity.

After graduating from high school, I left my home state of Virginia to spend a gap year in Israel.  During that year, I fell in love with the Jewish State.  To live in the Jewish homeland– a bustling, innovative country full of passion and life, that only 60 years previously had been a newborn nation attacked from all sides– was a gift unlike any other.  I lived in different parts of Israel, sharing my time there with Jewish Diaspora populations from all over the world– Jewish refugees from Arab countries, Ethiopians brought to Israel in the ’80s and ’90s, Soviet escapees who had finally found their way home.

When I returned to the United States to attend Hampshire College in sleepy Western Massachusetts, I thought only of how amazing my exploration of Israel had been, and how ready I was to embark upon this new adventure.  I had survived a year living by myself in the Middle East– college would be a piece of cake.

I was not prepared for the torrent of anti-Israel hatred and propaganda that arose at Hampshire as I enrolled as a first-year.

During my time at Hampshire, a chapter of the national organization Students for Justice in Palestine (SJP) was formed.   They paraded around campus, screaming about Israel’s real or imagined sins, and harassed anyone who dared to disagree openly with their message or tactics.  Every year, they staged “Israeli Apartheid Week,” building an exaggerated cardboard version of Israel’s security barrier, advocating for divestment from Israeli companies, organizations, and cultural endeavors, and calling for world-wide condemnation of the tiny Jewish State as the root of every problem plaguing a beleaguered Middle East.

SJP constantly compared Israel and Israelis to three great evils of the 20th century- fascism, Nazism, and Apartheid, and contended that anyone who supported Israel was inherently immoral. Their propaganda made life at Hampshire extremely challenging for me.  I was identified on campus as a student who would defend Israel from anti-Semitic accusations, and who tried to fight against the inaccurate perception of the Jewish State as not only an imperialistic oppressor, but the worst sinner in the community of nations.  As a consequence of being outspoken, my apartment was broken into, my car vandalized, my name smeared.  An Arab student told me I helped to murder Jesus, another told me I was helping to perpetuate genocide.

The environment I experienced in college is not unique to Hampshire.  Across the United States, Canada, and especially Europe, proud Jewish university students find themselves embroiled in an extension of the Arab-Israeli conflict- a battle fought in the world of ideas, rather than on the rocky slopes of our ancestral homeland.

Why do I write about this today? Why should you devote mental energy to contemplating this situation? Why should we waste our breath fighting such ignorance and prejudice when Israel prospers in spite of it all?

Because the threat is real.  These Hampshire students– some of them Jewish, by the way– are a microcosm of anti-Israel activists all over the world.  They allow symbols to stand for imagined truth.  They are characterized by their willful ignorance, their acquiescence to the pressures of social conformity, and a lack of interest in hearing anything that challenges their embrace of those symbols and language- their worship- of hateful propaganda.

In Ki Tisa, our ancestors, the Israelites, enrage G-d and Moses by building a false idol– the Golden Calf.  When Moses descends the mountain and sees the abomination before him, he shatters the sacred tablets containing the first Jewish laws in history.  G-d threatens to wipe out the Israelite population right then and there, saying that the Israelites “have been quick to turn aside from the way that I enjoined upon them. They have made themselves a molten calf and bowed low to it and sacrificed to it, saying: ‘This is your god, O Israel, who brought you out of the land of Egypt!  I see that this is a stiff-necked people. Now, let Me be, that My anger may blaze forth against them and that I may destroy them.”

Why were G-d and Moses so angry?  Perhaps because, even in the face of G-d’s gift to the Israelites of the holy opportunity to become a special people– to become Jews– they instead embrace the comfort and ease of social conformity. They emulate their Egyptian oppressors and use golden jewelry to build a false deity, a meaningless symbol, which they dupe themselves into thinking will lead them to prosperity and self-determination.

It is difficult, as I learned from experience, to stand up for what we know is right- to stand for ourselves as Jews– and for Israel.  Yet, we cannot underestimate the power of organizations like SJP, or the threat they pose. The episode of the Golden Calf teaches us that taking the easy way out and caving to social pressures, embracing the apotheosis of false symbols, and yielding to the impulse to avoid standing up and standing out is dangerous to the Jewish future.

While I believe that within this Torah portion, there exists a dire warning about the dangers of unthinking acceptance of false gods, there also exists a redeeming message in the saving grace of cohesive Jewish people-hood. In the beginning of this portion, G-d instructs each Israelite man to donate a half-shekel of silver- no more, no less- to be melted, as a later portion tells us, into the very base of the Mishkan itself. The passage that describes this mitzvah takes special care to tell us that the contribution is itself “atonement for the soul.” Why is this significant?

Because it represents a national ideal– an example of how people working together can turn small amounts into a larger, meaningful whole.  By honoring the special commandments G-d has laid down for only them, the Israelites may atone for their sins, form a community, and make the transition G-d has planned for them.

In later portions, after Moses has finally bestowed the tablets upon the people, the Torah goes on to describe in precise detail how the Jews should continue to construct the Holy of Holies. Even after the sin of the Golden Calf, G-d continues to give the Jews the responsibility of creating His dwelling place.  The Torah recounts how, together, we made G-d’s house.  We made it in the form of the Mishkan, and several thousand years later, we have made it again in the form of a Jewish State.

Rabbi Tarfon said, “It is not incumbent upon you to complete the work, but neither are you at liberty to desist from it.” This applies not only to the construction of the Mishkan, but it applies today– to the protection of Israel and our people. Though it is tempting, and easier, to succumb to the pressures of the ignorant mob, we each have a piece of the responsibility to resist forces that threaten to destroy us, whether they are on Israel’s borders or on college campuses.  As the redeeming holiday of Pesach approaches, let us remember our responsibility to learn about the Jewish State– its history its real challenges– and to stand up and speak out to counter calumny, distortion and false symbols as we work together to ensure the enduring safety and prosperity of Israel and the Jewish People.

About the Author
Samantha Rose Mandeles is the Editor-in-Chief of CAMERA on Campus, a part of the Committee for Accuracy in Middle East Reporting in America. She can be reached at samantha@camera.org.
Related Topics
Related Posts
Comments