With the wave of impassioned criticism of Labour’s National Constitutional Committee for not expelling Ken Livingstone outright instead of “merely” extending his suspension of membership for a further year it may be time for calm and reflection.

The Talmud enjoins that a unanimous judgment of guilt returned by a Sanhedrin court in a capital case is null and void since it suggests that prejudice has been at work rather than proof. In Livingstone’s case the verdict has not been entirely unanimous.

My earlier blog was apparently the lone media voice of acquittal swimming against the tide of condemnation and it is hardly surprising that he repeatedly cited it in his round of interviews after the decision, although he has been perhaps not unfairly ridiculed for misrepresenting commentary as editorial policy.

If the Committee answers calls to convert the suspension into expulsion Livingstone will no doubt go ahead with his vow to seek judicial review. In any event, the denunciations of him are certain to rumble on and perhaps it is time for everyone to take stock and consider the essence of the remark which has got him into such hot water.

What exactly did he mean when he told radio host Vanessa Feltz last year that Hitler supported Zionism? He is adamant that he never said, and never meant to suggest, that Hitler was himself a Zionist, although that will not stop his critics muttering that it is a distinction without a difference; that if you support Zionism then you are a Zionist; that with his long history of attacking Israel his use of the word “support” gives away what he really thinks, namely that Zionism equates to Nazi ideology and Israel’s policies to those of the Nazis; in short that he is an anti-semite.

Like it or not, however, there is certainly a sense in which it can be asserted with linguistic accuracy that Hitler did lend support to Zionist aims, provided we are absolutely clear about which particular aims he was supporting and why.

Few historians dispute that to rid Germany of its Jews the Nazis were quite prepared to facilitate the activities of German Zionist organisations in recruiting migrants. Livingstone’s citation of the controversial ha’avara transfer scheme may not have been all that helpful but the key to understanding the true nature of Hitler’s attitude to Zionist aims lies in the aftermath of the 1936 Arab Revolt which had erupted in the wake of steady Jewish immigration.

Never having envisaged that this would lead so rapidly to the establishment of a Jewish state the German Foreign Ministry was horrified when the League of Nations Permanent Mandates Commission endorsed the Peel Commission’s partition plan.

Suddenly from a manageable domestic issue the Third Reich was about to be confronted by a new and dangerous sovereign state and through its Referat Deutschland department the Ministry immediately banned all collaboration with the Zionists.

But it soon became clear that the partition plan was going nowhere. Predicting with relish that more Jews in Palestine meant more trouble for the British, Hitler confided to Alfred Rosenberg that this would present Germany with a golden opportunity to expand its influence in the Arab world. The Referat order was sidelined and Zionist recruitment was quietly permitted to continue and went on until after the start of the War.

Hitler’s cynical aim of swelling the Yishuv with displaced German Jews clearly coincided with the Zionist aim of colonisation and it is that tactical, collaborative sense which Livingstone plainly intended to convey when he recently qualified his original remark by explaining that what he meant was that Hitler’s policies “had the effect of supporting Zionism.”

In 1933 Nazi Idealogue Johann von Leers lauded the “fundamental Zionist aim of organising the Jews into a nation among nations in their own land” as “sound and justified, as long as it is not connected with any plan for world domination.”

Whether von Leers really believed this no one in their right mind would suppose for one moment that Hitler ever shared an emotional or idealogical commitment to the Zionist aim of statehood. This includes Livingstone, even though he may have been delusional in thinking Jewish News was on his side. So he must have been talking – uncontroversially and accurately – about Hitler’s strategy of giving tactical, short-term backing to the Zionist aim of colonisation.

Yet, in their lengthy submission to the Committee the Jewish Labour Movement suggested that he deliberately chose his words to promote a “loose historical connection” between Israel and Nazism in order to demonise Jews. It certainly might have resulted in a happier outcome if he had spoken with more precision.

But to infer deliberate obfuscation and an anti-semitic streak from an impromptu, off-the-cuff choice of phrase is to read too much into what he said. By addressing such a sensitive and delicate subject in such telegraphic terms he probably only has himself to blame for the furore and he would be wise to apologise for not having spoken with more circumspection and clarity. This might defuse a most unpleasant and unnecessary row.

Livingstone told Vanessa Feltz that Hitler supported Zionism “before he went mad and ended up killing six million Jews.” I wrote that instead of focusing on a semantic non-issue we should be thankful for small mercies in that at a time when interest in Holocaust denial, particularly among the young, is alarmingly on the increase, a still influential public figure who robustly denies he is anti-semitic but happens to believe Israel was a bad idea has sent a clear message to deniers that the Holocaust is an historical fact, no ifs, no buts. I was admonished for this by a fellow blogger in almost offensive terms, but only because it is assumed – unjustly I maintain of course – that Livingstone’s words amount to an anti-semitic trope.

Whether or not in his heart of hearts Livingstone is a crytpo Jew-hater, the words which may yet see him expelled from the Labour Party do not remotely begin to provide objective evidence of this. 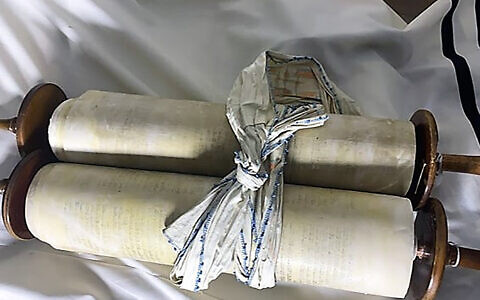 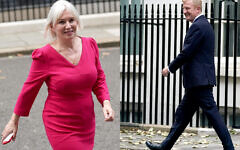