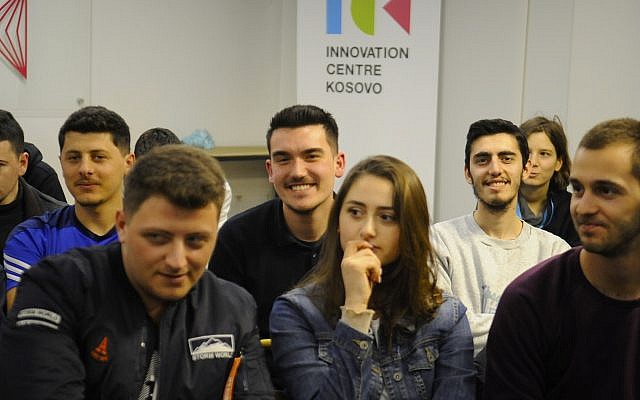 PRISHTINË, Kosovo — Arta Shehu Zaimi, the co-founder of Labbox and jCoders Academy, teaches kids as young as 8 the basics of computer coding and robotics. Today, she runs five centers in Kosovo with more than 1,000 students.

Rron Cena’s company, Formon, manufactures desktop plug-and-play 3D printers and sells them for only €599 (about NIS 2,400). And Platforma Akademia — founded by entrepreneur Besart Kunushevci — is a software program that uses algorithms to detect plagiarism in academic paper across multiple languages.

These three successful startups have one thing in common: all began life at the Innovation Centre Kosovo (ICK) — a high-tech complex that would seem more at home in Rehovot or Herzliyya than in the capital of a tiny, struggling Balkan country known more for past wars and ethnic strife.

ICK’s mission: to create jobs and business prosperity in Kosovo’s IT and “green energy” sectors through innovation, entrepreneurship and investment. 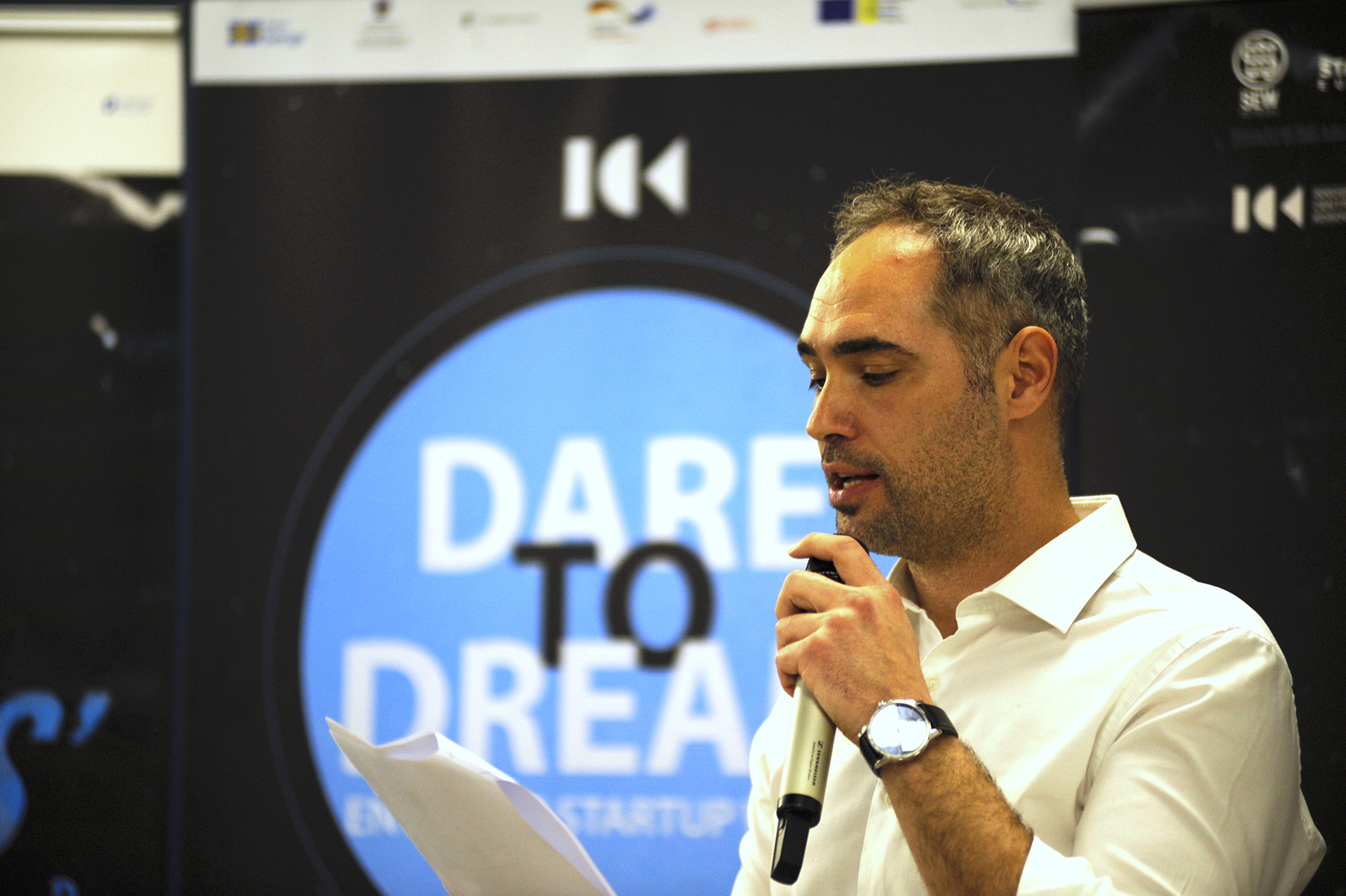 “Given the untapped potential of our youth, this center has become a home to many young people who see it as an opportunity to develop their ideas into sustainable businesses,” said Uranik Begu, ICK’s director. “Basically, they come to us with an idea, and we offer them tailored services and programs to help them accelerate their businesses.”

Housed in a nine-story building in downtown Prishtinë, ICK frequently hosts foreign visits such as that of a U.S. business delegation which spent four days in Kosovo last month. The institution opened its doors in 2012 with initial funding from the Norwegian government.

Seven years later, it’s now one of the leading innovation startup hubs anywhere in the Balkans. 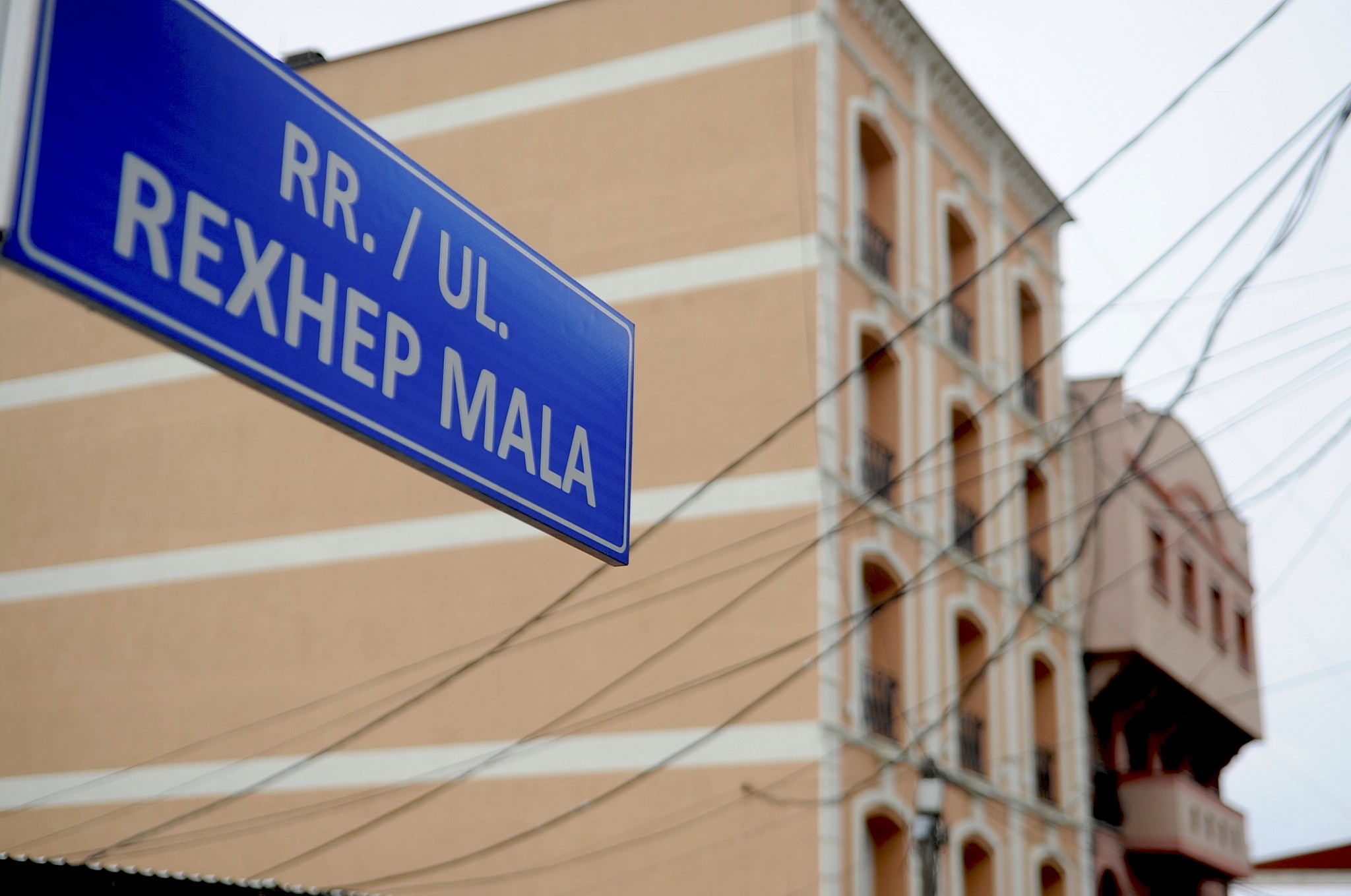 Some 250 people work at ICK. About 40,000 people attended the center’s 360 events — ranging from hackathons and boot camps to conferences and webinars — last year, and 70,000 people entered the nine-story building for one reason or another. The average age of those visitors: 23.

ICK operates on an annual budget of around €400,000 (NIS 1.6 million). Sweden is its core funder, though it also receives funds from the EU, the German and U.S. embassies in Prishtinë and Kosovo’s Ministry of Innovation.

The center says it’s responsible for developing and launching more than 400 products and over 170 new registered businesses ranging from ZagApps and Solaborate to Gjirafa.com and ZombieSoup. It’s also created more than 1,000 jobs and won 30 prizes including the NASA Space Apps Challenge. The ICK’s online community boasts more than 130,000 followers.

But Kosovo, which unilaterally declared independence from Serbia in 2008, is suffering economically. Its unemployment rate exceeds 30%, and despite GDP growth of 4.5% this year, it’s still one of the poorest countries in Europe, with average salaries of only €200 per month, compared to €2,000 a month for the EU as a whole. 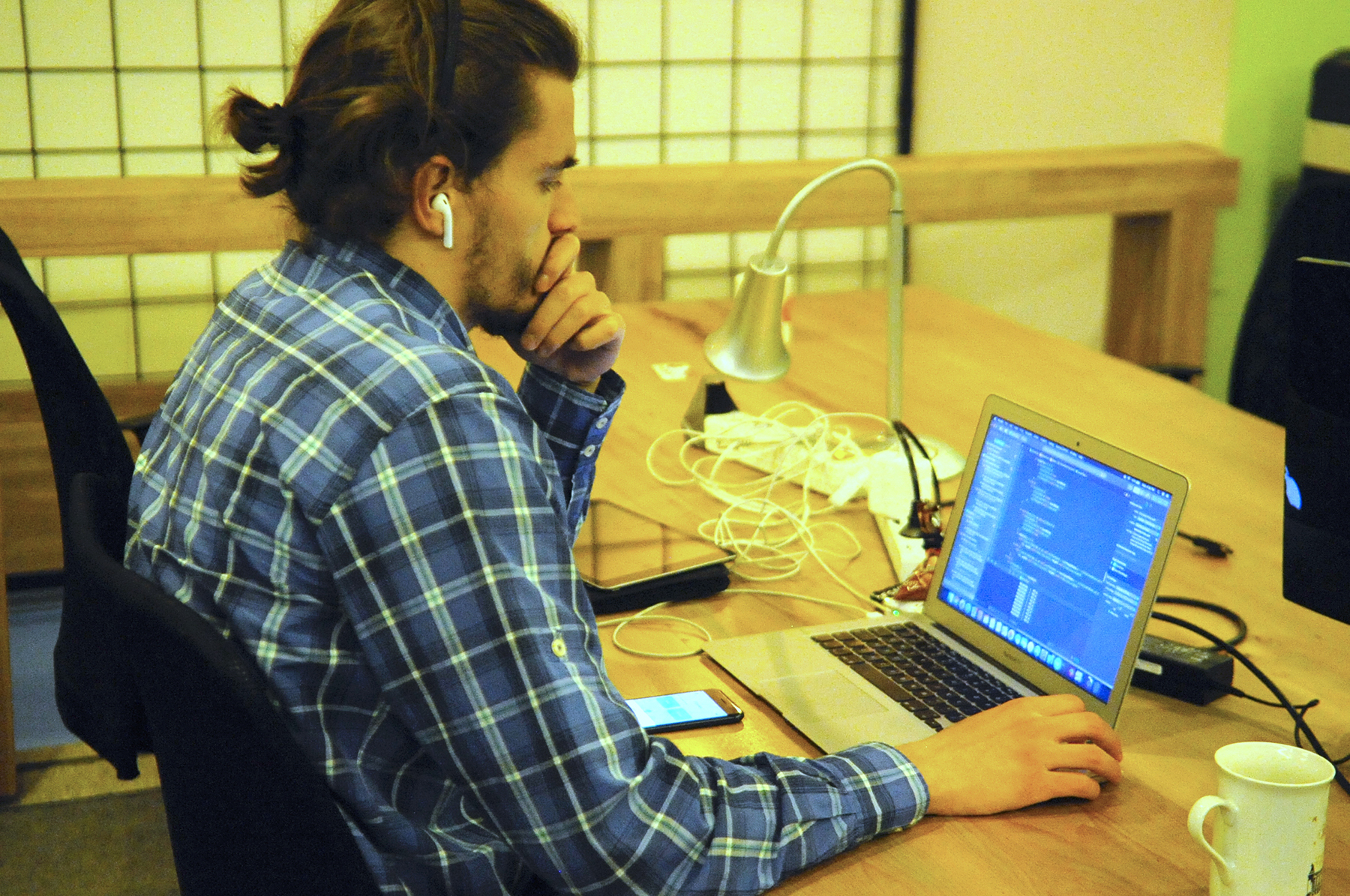 “Kosovo has the youngest population in Europe, but our youth have limited options living here,” Begu told the Times of Israel during a reporting trip last month to Europe’s newest country. “They either have to work for someone or create their own business. We also have people who are seeking to complement their formal education with some ICT skills.”

Begu, 42, knows what he’s talking about. Back in 1994, as a 17-year-old about to be drafted to fight in Croatia, he escaped by traveling to the United States as an exchange student, studying in Bergen County, N.J., and in Dallas, Texas.

In April 1999, the Serbs abducted his mother, releasing her only two years later. After the war ended and NATO peacekeeping forces arrived, Begu returned to Prishtinë.

Despite economic difficulties stemming from Kosovo’s uncertain political status — the Serbs still consider it a renegade province that had no right to secede — the country has seen astounding growth in the so-called digital economy. Thanks partly to the ICK, Kosovo boasts a thriving, dynamic IT startup scene, as well as an 85% Internet penetration rate. 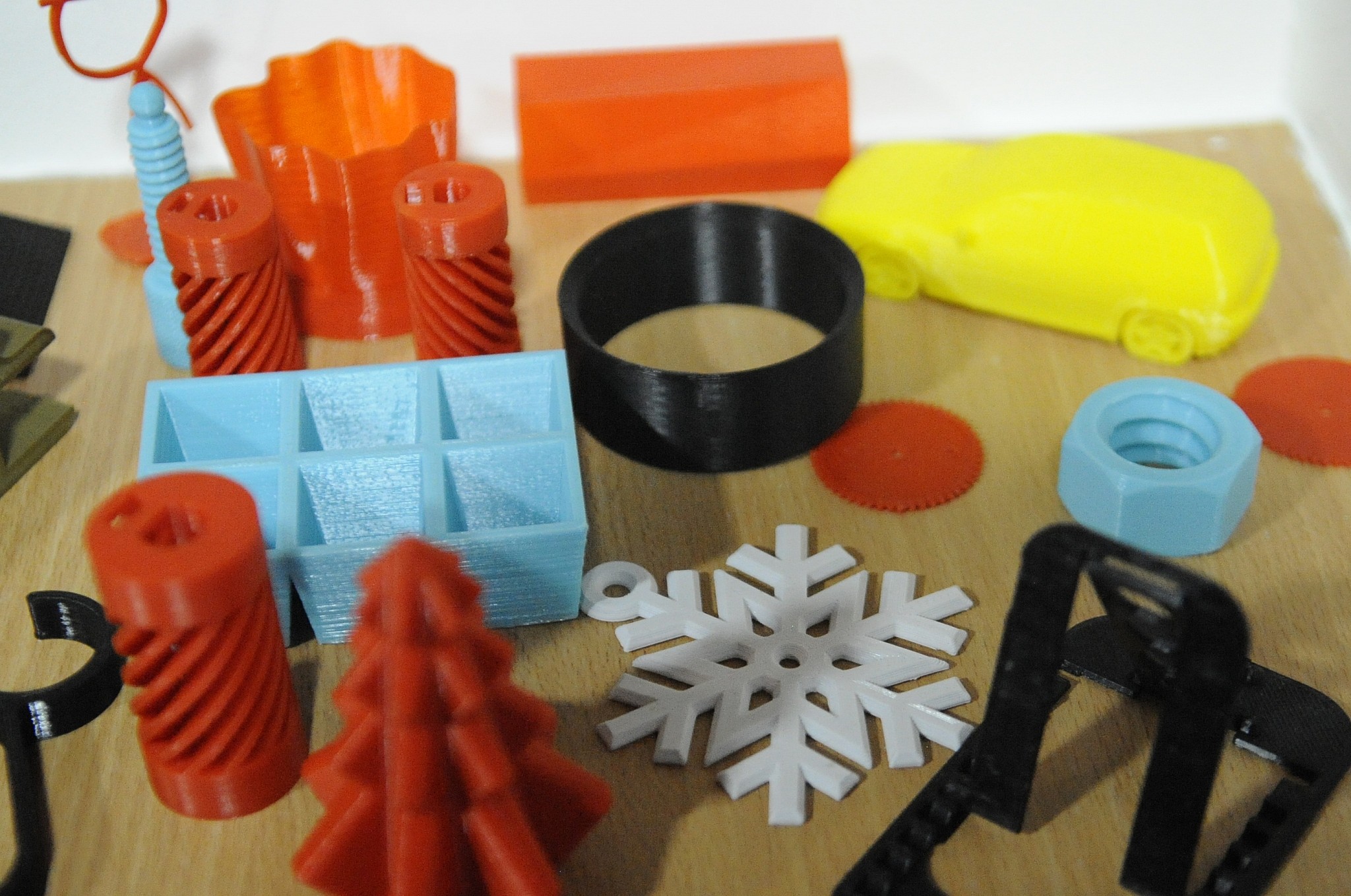 Plastic objects manufactured by Formon, a local startup that manufactures 3D printers, on display at the Innovation Centre Kosovo in Prishtinë. (Larry Luxner)

Begu said Kosovo’s agricultural and industrial sectors can’t really compete due to non-tariff barriers imposed by Serbia, which delay exports and drive up the price of Kosovo’s exports.

“The only sector that yields a positive balance is services,” he explained. “We can be the region’s next Israel. We have good partners on our side.”

Warming IT ties with Israel

Begu’s admiration of Israel didn’t come by chance. Earlier this year, he was invited on a two-day visit to the Jewish state by Jerusalem’s Azrieli College of Engineering. He’s also met with Israeli Foreign Ministry officials in charge of the Balkans and described them as “very welcoming” and open to bilateral cooperation, despite the absence of diplomatic ties.

“Israel will be short on developers in years to come as demand grows,” he said. “What Israel produces is a very high level of engineering. But sometimes tasks like prototyping, code development and some R&D can be done by people like us in Kosovo. This is the formula we’re looking to tap into through startups.”

Even so, serious challenges remain. 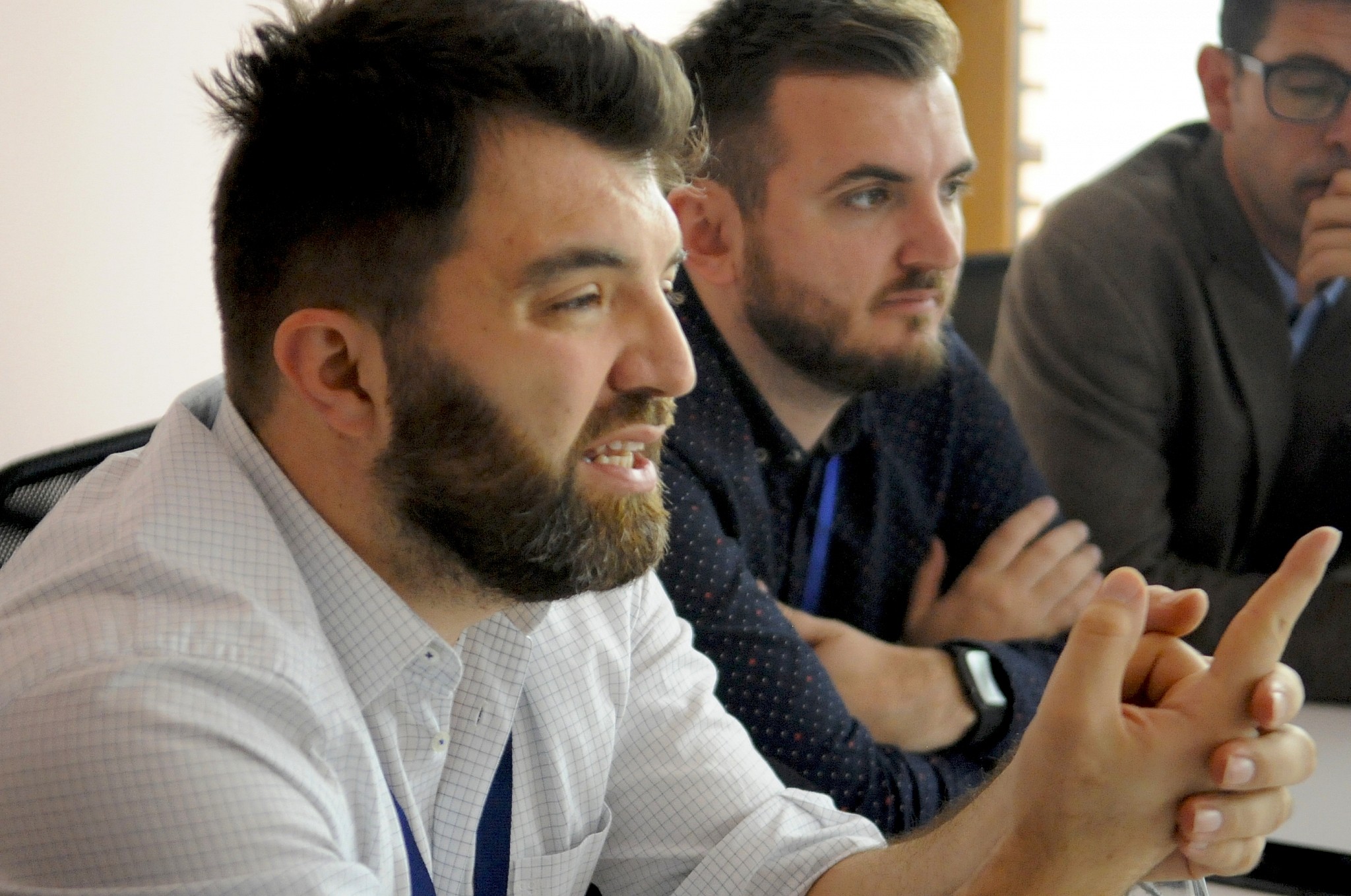 Donjeta Sahatciu, board president of the Kosovo Association of Information and Communications Technology (STIKK) said that while Germany, Switzerland and North America offer the most export potential, “visa requirements, lack of business contacts in target markets and finding the right business partner are the main obstacles” in boosting Kosovo’s nascent IT sector, which in 2018 reported revenues of €912,000 (NIS 3.7 million) — more than double the €436,000 (NIS 1.75 million) in revenues for 2017.

“They’re leaving because they don’t see progress politically,” he said. “Those who are leaving are not the low-paid employees, but those at the higher end. And they will always leave at the end of the day, because we’ve been stuck in a cage for more than 20 years now.”

New York public relations consultant Ari Zoldan was one of half a dozen executives in the U.S. delegation. Zoldan, who also gave a lecture at ICK, told the 200 or so budding entrepreneurs who came to hear him speak that he wants to see Kosovo thrive.

“Our goal at the end of the day is not to keep the salaries low, and I don’t think that should be a selling point,” he said. “I’d rather pay you guys a little more and keep you happy.”