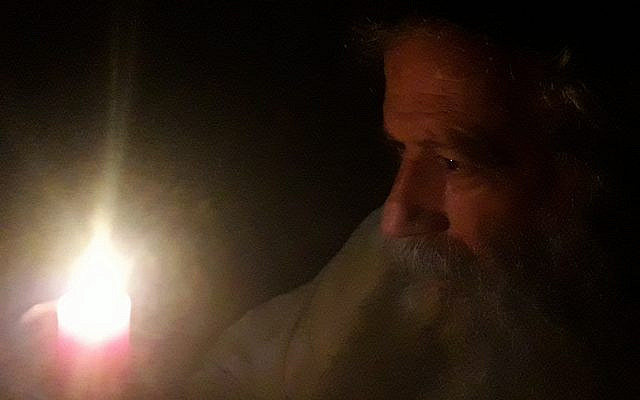 In normal times in Israel, during the weeks leading up to Lag B’Omer, young people energetically gather tree branches, logs, sticks, boards, and wooden pallets for their festive holiday bonfires. They work like skilled engineers, erecting tepee-shaped towers that rise thirty-feet high into the sky. The heat of the blaze is so intense, I have to be careful that my beard doesn’t catch fire when I approach to join them in singing spirited holiday songs. This year, due to government restrictions surrounding large gatherings during the Corona epidemic, private bonfires have been outlawed, but the light of Lag B’Omer will not be extinguished, even if enthusiasts have to make do with candles.

The incredible wonder of Lag B’Omer in Israel is like nowhere else in the world. Not only are the hillsides of Meron and Jerusalem normally ablaze with towering bonfires in tribute to the great light of inner Torah that Rabbi Shimon Bar Yochai revealed during the era of the Mishna and the Roman conquest of Eretz Yisrael, neighborhood parks and open fields throughout the Holy Land are saturated with the smoke of burning embers, and streets all over the country are lit up with the fiery love of Torah which kindles in every heart. Not only along the streets, but the smoke of these holy bonfires penetrates into every single apartment and house, like the aroma of incense on the Temple’s altar, penetrating through windows and concrete walls to reveal the inner spirit of every Israeli soul, of every Israeli home, revealing the secret, inner holiness of the entire country of Israel whose National Soul is completely Torah, no matter how secular its surface appearance may seem.

The secrets of Torah and the Land of Israel go hand in hand. In the Torah itself, the Almighty commands the Children of Israel, again and again, to dwell in the Land of Israel. When God first appears to Abraham, He instructs him to journey forth to the Holy Land. When the Almighty first appears to Moses at the Burning Bush, He commands him to return to Egypt and free the enslaved Jews from bondage in order to bring them back to Land of Israel. The main theme of the Book of Deuteronomy, the Books of Joshua, Judges, Samuel, and Kings, as well as the thundering call of the Prophets of Israel, is the return of the Jews to the Promised Land and the establishment of the Israelite kingship.

If it is so obvious from reading the Torah that God wants the Jewish People to live in the Land of Israel, why are so many Jews still living in foreign lands?  Rabbi Avraham Yitzhak HaCohen Kook writes that due to an alienation from the secrets of Torah, the supreme importance of a Jew’s connection to Eretz Yisrael is not properly understood. He writes:

“By alienating oneself from the secrets of God, the highest treasures (segulot) of the deep Divine life become extraneous, secondary matters which do not enter the depths of the soul, and as a result, the most potent force of the individual’s and of the Nation’s soul will be missing; and the exile is found to be pleasant in its own accord. For to someone who only understands the superficial level, nothing basic will be lacking in the absence of the Land of Israel, the Jewish Kingdom, and all of the facets of the Nation in its built form.”

What is Rabbi Kook saying in this difficult sentence? He explains that someone who understands only the superficial level of Judaism will feel nothing lacking if he lives far away from the Land of Israel, in a foreign country, in a non-Jewish land, under a non-Jewish government. This person lives a truncated brand of Judaism that focuses on the individual, and the individual ritual commandments that he or she can do. Without a deeper understand of the Torah, which is, in effect, the National Constitution of the Nation of Israel as a whole, he will not feel the need for a Jewish Land, nor for a Jewish country with a Jewish army, nor for any of the other foundations of national Israeli life.  His focus is on Shabbat, Kashrut, and Tefillin. He mistakenly thinks that in order to perform these precepts, he does not need Eretz Yisrael.   He is satisfied with the individual obligations which he feels he can perform just as well in America or France, and thus the exile finds favor in his eyes. Being estranged from the NATIONAL component of Torah, he does not miss having his own Jewish Homeland. The opposite is true – he enjoys his exile in foreign lands amidst alien languages and cultures. He enjoys his work, his community, the education he can give to his children, and the opportunity he has to experience the best of both worlds – his Judaism and the Gentile world around him. If there is a need to live in Israel because it is the true place of the Torah’s performance, he does not feel it. Subsequently, his yearning for Salvation from the exile will hardly exist. For the average Diaspora Jew, the Jerusalem Temple, the Sanhedrin, for the renewal of prophecy and the Israelite Kingdom are irrelevant to the practice of Judaism. To his way of thinking, the concept of Jewish Nationhood has nothing to do with Judaism, or with being “Frum.” He fails to understand that the highest worship and sanctification of G-d comes through the life of the Nation of Israel in the Land of Israel, and not through the deeds of the individual Jew in alien lands around the globe.

In a normal, corona-less year, hundreds of thousands of Israelis journey to Meron on Lag B’Omer, the yahrtzeit of Rabbi Shimon Bar Yochai, author of the Holy Zohar, the “Book of Light” which illuminates the secrets of Torah, and which explains the Jewish Nation’s intrinsic and eternal connection to Eretz Yisrael. The bonfires that light the sky all over the country are lit in tribute to the mysteries of Torah which he revealed in his teachings, and which, in Rabbi Kook’s words, have the power to lead the way back from the darkness of our exile in foreign lands to our own Jewish Homeland.

Our Sages have repeatedly emphasized the necessity of learning the secrets of Torah at the time of Israel’s Redemption. The holy Kabbalist, Rabbi Chaim Vital, foremost student of the Arizal, emphasizes in his introduction to the “Etz HaChaim,” that the prolongation of the exile, and all of its sufferings, stem from the fact that the inner secrets of Torah have been neglected.

The Gaon of Vilna, perhaps the greatest Torah scholar of the past 500 years, writes: “This Redemption (Geula) of Israel from the exile (Galut) will only come about through the learning of Torah, and the main factor of the Redemption depends on the learning of the Kabbalah” (Even HaShelma, 11:3).

When we talk about Kabbalah, we are not speaking about the fake, Kabbalah-For-Hollywood-Stars, that some hucksters try to peddle to the masses, but the genuine Kabbalah as brought down to us by the great Sages of Israel, starting with Rebbe Shimon Bar Yochai in the Zohar.

Throughout all of his writings, Israel’s first Chief Rabbi, Rabbi Avraham Yitzhak HaKohen Kook, stresses the necessity of learning the secrets of Torah at the time of Israel’s Redemption:

In his proclamation, “The Great Call,” calling all Jews to come on Aliyah, Rabbi Kook wrote:

“Dear brothers, sages of Torah, and influential scholars! We too acted foolishly and sinned! We studied and researched the sources; we debated the fine points of the Talmud and discovered new insights; we wrote and explained; but we forgot the Holy One Blessed Be He and His might. We failed to hear the words of the true Prophets, the exalted voice of our eternal Sages, to hear the voice of the righteous ones (Tzaddikim) and saintly ones (Hasidim), and the possessors of the secrets of Torah, who called out and proclaimed in the most strident of voices, that in the end, the river of Talmudic analysis would turn arid and dry if the deep ocean of Kabbalah, and the Torah’s inner understandings, weren’t constantly drawn into the learning – the waters of the knowledge of the Lord, the pristine waters of pure faith which flows from our inner souls,” (Orot, pg. 101).

Rabbi Kook sums up his call for a deeper understanding of Torah:

“We are not coming to negate any conceptualization or understanding that is founded on honest intellectual endeavor, sensitivity of thought, or the fear of Heaven, in whatever form they take – but rather only the viewpoint that seeks to negate the secrets of Torah and their tremendous influence on the spirit of the Nation. This is a tragedy that we must battle against with counsel, wisdom, holiness, and valor.”