This has been a very trying High Holiday season.  Davening (praying) at home gave time for much reflection during these times of Covid-19. For perhaps the first time, the opportunity was given for a true Cheshbon Hanefesh,  giving oneself the noninterrupted freedom to reflect on oneself and one’s actions, to think about the state of humanity, the world, and to ruminate on a changing country. 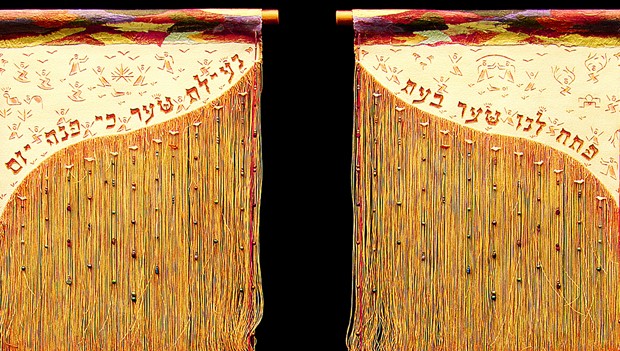 The country I was raised in and gave shelter to my parents is fast changing.  Civility has disintegrated, wanton brotherly hated is the current norm and even antisemitism is entering into the mainstream left and right.  Rabbi Akiva said the second temple was destroyed due to brotherly hatred.  I always felt that was ridiculous.  It was because the Roman Empire was a superpower and conquered Judea.

Now I see what Akiva meant and he was right.

Our leadership has failed us.  From the top down, they display a stubbornness and are denying the facts on the ground.  Their actions are Pharaoh-like.  How could Pharaoh have been so stubborn despite the ten plagues and the death of his first born?  Today, we are witnessing the Days of Yore and those troubling questions are once again being answered.

Beware of false prophets.  To put it in the twentieth century context, the question during the decades after the War was how could a cultured country like Germany fall for Hitler?  Again, witness what is happening in the United States, the Philippines, Brazil and scores of other countries.  The Rabbis, modern and ancient, believed that false prophets would lead their followers to demise.

How right they were.

That which is happening is a test of humanity, not Hashem (God).  We are failing it greatly.

The question beckons, why now?  Why is this happening?

Despite the high ideals of this republic, This country committed genocide against  its indigenous populations, enslaved an entire race of people and continued passing racist laws. One president during the turn of the last century, committed a Holodomor type atrocity in one of its newly acquired commonwealth territories.

One cannot be a tzaddik (righteous person) unless one truly atones for their transgressions.  The United States was formed on high ideals and the world looked to us for hope and maintaining freedom.

I always compare the United States to the silt on the bottom of the river.  The water may be crystal clear and clean to drink, but it is only a matter of time until the silt rises up and pollutes everything.  We have repressed our past, now it is time to face it.

We have two choices as a country: clean up our act and come to terms to our dark past or continue with this hatred and demagoguery.

The latter will lead us to our destruction and to the demise of the planet.

About the Author
For nearly thirty years, Saul passionately devoted and immersed himself studying Jewish life in interwar Europe. Overnight, not only did this 1000-year-old community vanish, but so did its complex communal infrastructure. What piqued Saul Chapnick’s interest and curiosity was finding out exactly what it was that disappeared. In talking to politicians, survivors, scholars, Jewish communal leaders from Eastern Europe, and making trips there, Saul Chapnick was able to uncover the richness and the tragedy of interwar Jewish life in Europe. At the same time, Mr. Chapnick has discovered a limited reawakening of Jewish life in his parents’ and ancestors’ native land, Poland. Saul Chapnick has talked in various venues whether Yiddish and Yiddish Culture still has relevance today. He has also spoke about the importance this 19th and 20th world has to contemporary life today as well as to post-Holocaust Jewish identity. He also prepares the adult participants of The March for the Living about modern day Jewish Poland
Comments