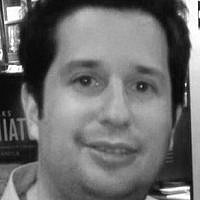 The Blogs
Michael J. Szanto
Apply for a Blog
Advertisement
Please note that the posts on The Blogs are contributed by third parties. The opinions, facts and any media content in them are presented solely by the authors, and neither The Times of Israel nor its partners assume any responsibility for them. Please contact us in case of abuse. In case of abuse,
Report this post.

As I write this, Israel is in the midst of yet another full scale confrontation with Hamas.  So far, thankfully, the results have been so abysmal for Hamas it is really easy to ask what could possibly have motivated them at this point?  The current Egyptian military government is deeply hostile to Hamas and fairly opening seeking the demise of Hamas.  Key patrons Iran and Hezbollah have gone lukewarm on Hamas, given the terrorist organization’s reluctant disavowal of Bashar Assad’s massacre of Hamas’s Sunni coreligionists in Syria.  Hezbollah and Iran also find themselves fairly stretched trying to cope with challenges in Lebanon, Syria, and Iraq simultaneously.  As far as Assad’s beleaguered regime, clearly it is in no position to help Hamas even if it desired.  The rise of even more extreme Sunni groups like ISIS pose yet another challenge for Hamas.  All of this might seem like poetic justice for Hamas and Hezbollah, if it were not for the scale of the humanitarian tragedy these Terror Groups impose on Arab civilians. Israel’s current air campaign is probably the most precise, surgical one ever conducted in a urban arena on this scale.  To top it off, Iron Dome has achieved results totally unimaginable even 10 years ago.  In addition, Israel will eventually also have a complimentary laser system to give it additional shots at short range missiles.  Israel’s David’s Sling will one day have the ability to shoot down medium range missiles, and the Israeli Arrow Program will provide interception capability for longer range missiles by eventually reaching into outer space.  Israel will also benefit from the continued protection of Patriot air defense missiles as well as the missile interception capabilities of US Aegis Destroyers often positioned in the Persian Gulf.  US Naval Ships potentially can shoot down Iranian missiles early in the slow boost phase stage over Iran. This Terror War launched by Hamas was an absolute act of desperation that appears to be leading to its near demise.  The great irony is the Israeli Government is afraid of totally defeating Hamas, for fear of leaving total chaos in the Gaza Strip.

About the Author
Michael J. Szanto graduated from Northwestern University with a BA and MA in Economics. He received a MS in Computer Science from the University of Chicago. He has over ten years of investment experience. Michael is very involved in politics and teaches courses on international relations and international economics at the University of Miami.
Comments