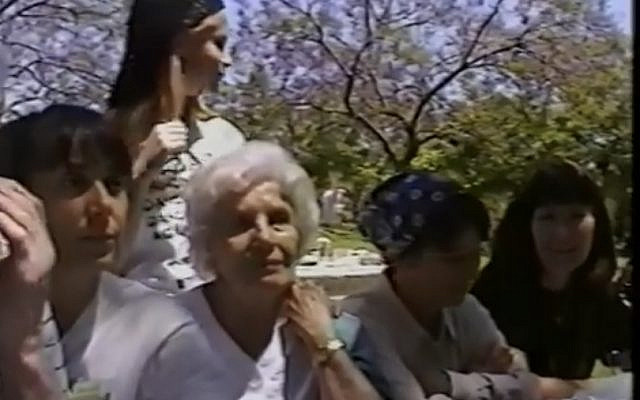 Lately, I’m in this weird place where I’m crying in the supermarket.

It’s a Russian supermarket, a ten minutes drive away, but it’s also an entirely different planet.

It’s big and clean and smells like cold cuts and caviar, most of letters on the packaging are in Cyrillic, and it’s open on Shabbat, and in December, they sell these plastic christmas trees and they have an entire aisle full to brimming with tinsel and sparkly ornaments and Santa hats, and little mechanical snowmen that sing jinglebells in Russian. 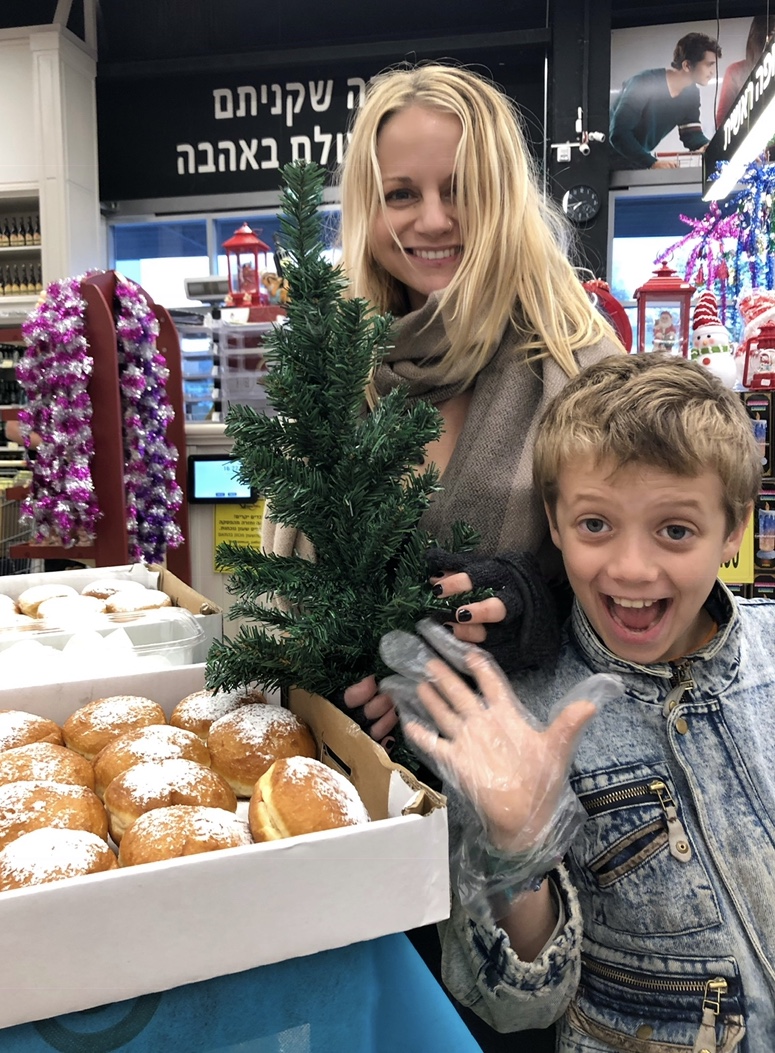 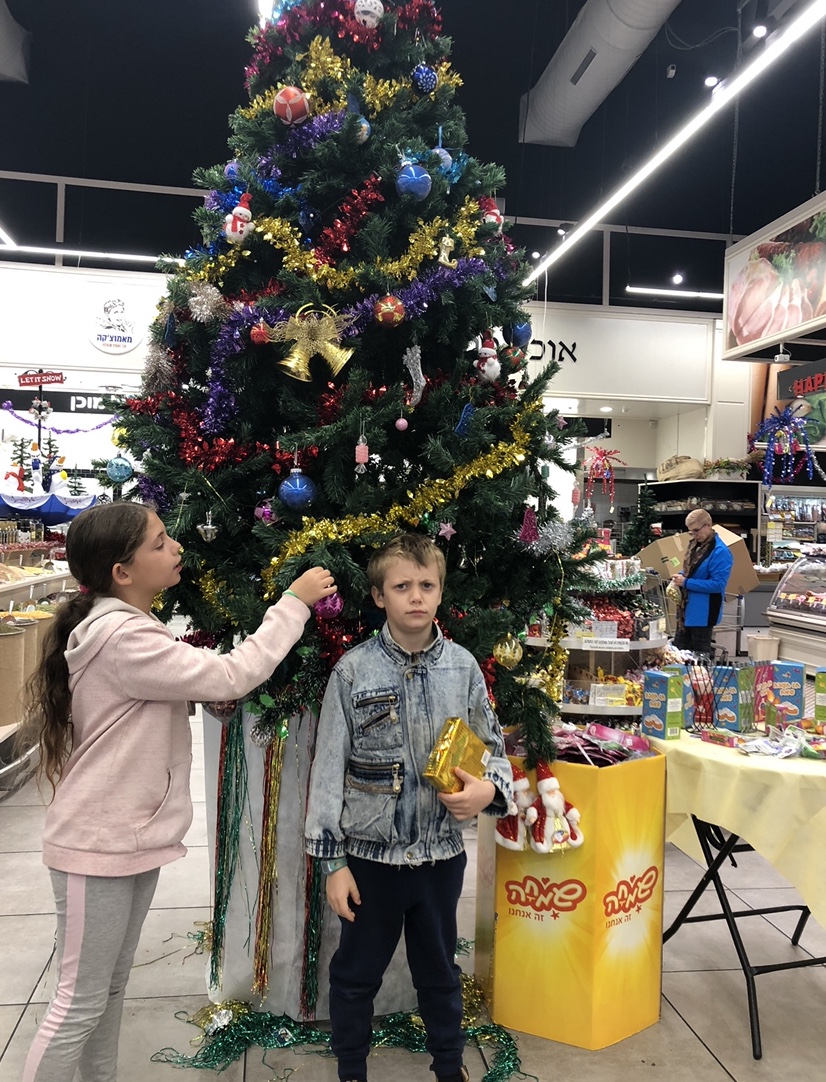 Even now, the whole place reminds me of BC.

You know, Before Covid.

Before we washed our hands a zillion times a day and thought twice about going anywhere, and before we put on our masks the same way we put on shoes before going outside, before that gentle cushion that protected us from the certainty of death was punctured and pulled away exposing all our nerves.

We’ve been going to the Russian store for years – once, late at night, even. It was fun to be the only ones there, cavorting through the pasta aisle, past the gnochi, then the canned goods, grabbing two pints of chocolate ice cream as we headed toward checkout.

And they play the best music there — a really terrific eighties playlist. Hot pink and neon green music. The kind of music that back in the eighties kids in the USSR probably listened  to on bootleg cassettes in secret vodka soaked parties.

We go there so often, I know the people who work there.

Svetlana wears a kerchief on her head and takes organizing the bread aisle very seriously. She looks like she came straight out of a Soviet propoganda film from the 1950s.

Then there’s Sergei the butcher, and he swings the hatchet with the grace of a ballet dancer. “This isn’t my real job,” he says as he thwacks the meat, and I try not to think about what his REAL job might be, and why he’s so damned good at dismembering large animals.

Jenya works checkout. “Dont’ tell anyone, but i’m actully Polish,” she confided in me once. “My parents, of blessed memory – may they never find out I work here! Because they hate the Russians!” she wears a huge Jewish star necklace, bedazzled with pink crystals, and she crosses herself.

Don’t tell anyone I told you.

Svetlana, and Sergei and Jenya are still working there.

We’re buddies now – and it’s comforting to see them. Because every time I see them, I know they’re still alive.

“Do you want to split your payment? Pay half now, half next month?” Jenya asked.

“What if I’m not alive next month?”

“Your humor, it’s too dark. Don’t be Russian,” she said and then she touched her shiny Jewish star and crossed herself.

My family comes from many lands, across a myriad of seas, from different worlds far away.

And I think about them all the time – my grandparents, my aunts and uncles and cousins. My dad.

And that’s why I’ve been crying. It’s that damned playlist from the 80’s.

It reminds me of the music I listened to as a kid – It wasn’t even the eighties, really – it was the mid nineties. But every day at noon on KROQ, they’d do this flashback lunch when they’d play Flock of Seaguls and Blondie and Erasure and Duran Duran, and THAT reminded me of the ACTUAL eighties, when I was a child growing up in Venice Beach and my parents and I would walk along the boardwalk every night before dinner, past the shops that smelled like sage and pachouli, past the dude with the electic guitar and turban on rollar skates, past the tattoo parlors and the women in the string bikinis, and the guys playing basketball while the waves crashed and the ocean overflowed into the sand, soaking it, filling it, then pulling away again, back towward the horizon. 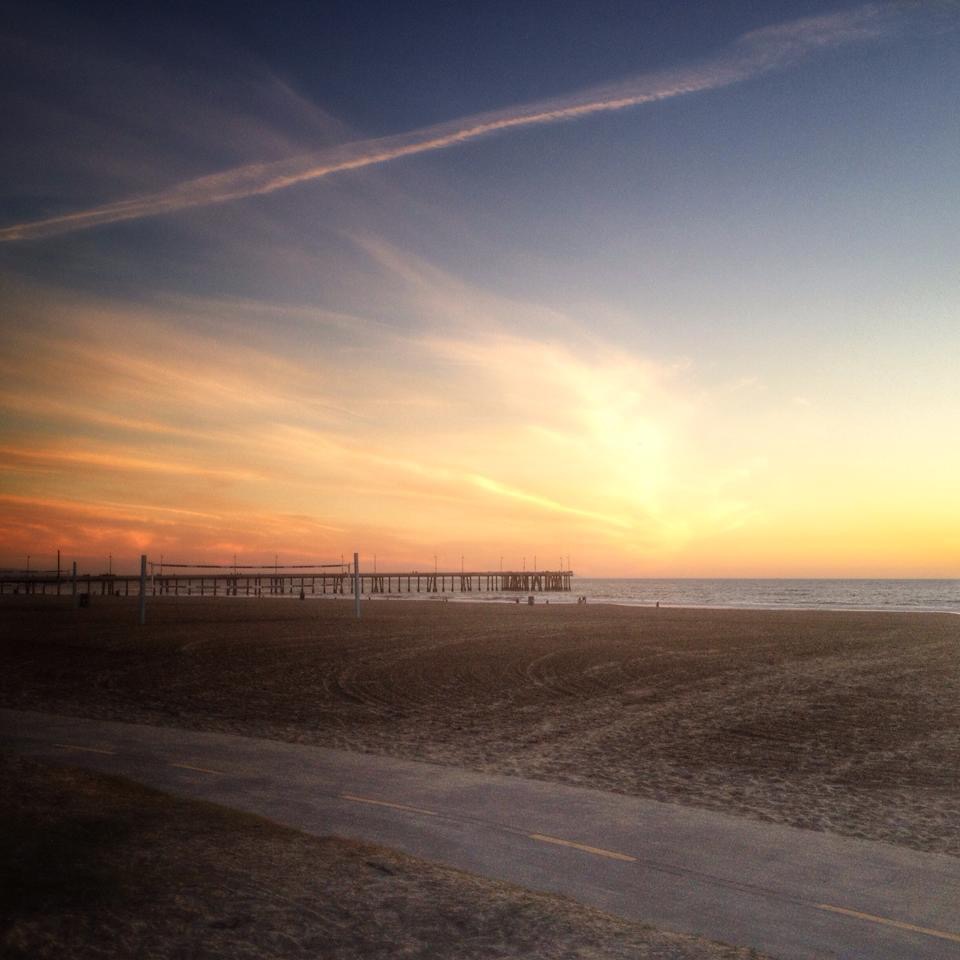 It also reminds me of the early oughts, when my girlfriends and I would take the BART from Berkeley to San Francisco, and we’d dance all night at Cat Club on Folsom- Madonna, Prince, the Cure, Guns N Roses, Hall & Oats.

We’d dance together like something out of a Gustav Klimt painting — we were in love with ideas, with the music, with the night, with our lives, and with the infinite possiblity of a universe that had yet to unfold, and we’d stay out til 2, then crawl over to some diner and drink coffee and eat French Toast as the fog rolled through the night and softened every edge and filled the shadows as the sun began to warm the sky.

I craved adventure then. I craved the unknown. I wanted to find my way alone and figure it out, and soar through the unfurling universe without a safety net.

I don’t feel that way now.

My little star is a time when I stood next to a picnic bench with my mom and my Aunt Judy and Aunt Caren and squeezed my Gramma’s hand on Mother’s Day. 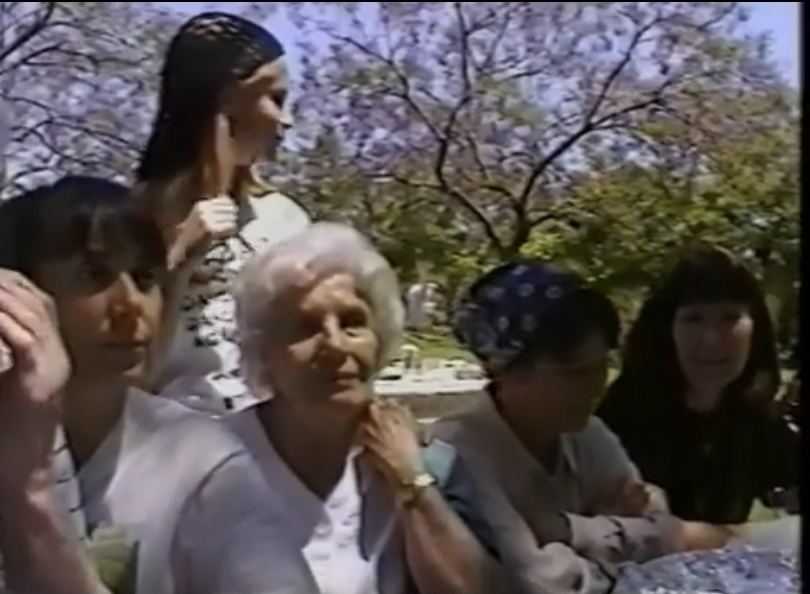 My little star is a time when I listened to eighties music in the nineties.

My little star is a time when my mom wrote the grocery list.

And you know that feeling when you’re a kid and you are walking next to your mom or dad and you aren’t paying attention, and suddenly you look up and they’re gone?

And right there in the canned goods aisle in front of the garbanzo beans, I feel that sob well up in me. It’s got it’s own postal code it’s so fucking big. And Sergei gives me this look as though he’s never seen me before, and he hits the meat with his cleaver, or Svetlana shakes her head, and I can’t tell them what it feels like because why would they care. They don’t really know me. Not even Jenya. I can’t tell her either. I can’t say “Have you seen my mother? Do you know where she is?”

Because they don’t even know I had a mother, that she’s dead. That she took my aunt and gramma with her. That it’s just me, alone here, the last grownup standing in the aisle, holding this stupid, meaningless list of things I need to get through the week before the world ends.

And there’s that soundtrack from the eighties, perky, boppy, from back when there were grownups and the world felt safe, and my eyes swim and the words on the grocery list blur before me, until the tears fall and then they smudge the words together so that even when I’ve stopped crying, I can’t make out what I’ve written and none of it makes any sense.