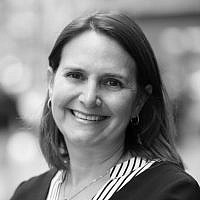 The Blogs
Liat Altman
Apply for a Blog
Advertisement
Please note that the posts on The Blogs are contributed by third parties. The opinions, facts and any media content in them are presented solely by the authors, and neither The Times of Israel nor its partners assume any responsibility for them. Please contact us in case of abuse. In case of abuse,
Report this post. 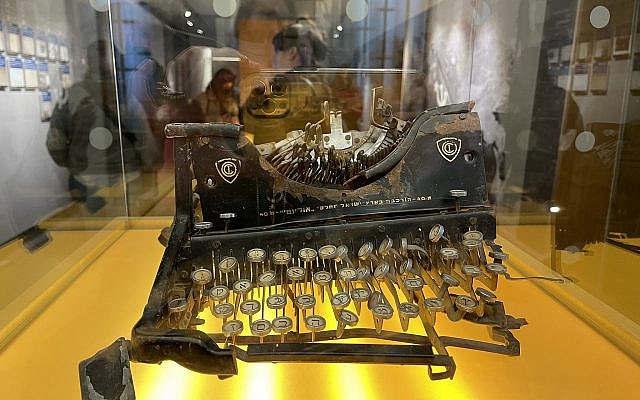 I clearly remember being horrified by the chilling news on July 1994, after Hezbollah terrorists, aided by the Iranian regime, attacked Argentina for the second time in two years. I clearly remember seeing in The New York Times photos of the destroyed AMIA Jewish community center, where 85 people were killed and more than 300 injured. Little did I know that, 28 years later, as a Latina Jew deeply impacted by this tragedy, I would be representing the Anti-Defamation League in Argentina alongside 5,000 people commemorating this tragic anniversary of impunity and injustice.

This year’s commemoration had special significance for both positive and negative reasons. On the positive side, after two years of COVID pandemic restrictions, AMIA survivors and the victims’ families were able to once again gather and mourn in person alongside 300 guests attending the Latin American Forum to Combat Antisemitism sponsored by the Latin American Jewish Congress and the Israeli Ministry of Foreign Affairs, which included participation from experts within and outside the Jewish community. The impressive global show of support for the community is a testament that the victims’ plight will never be forgotten – even if justice remains elusive.

On the negative side, this year’s ceremony was tainted by the ever-present reminder that the Iranian regime, the world’s leading state-sponsor of antisemitism and terrorism, and its accomplices have been freely operating in the region, including by running illicit flights in partnership with the Venezuelan regime, in blatant violation of US sanctions imposed on both countries.

The commemoration ceremony itself was incredibly powerful and moving, where it was evident that the collective pain endured by the survivors and victims’ families was shared by all those present in person and virtually this year. Each time a victim’s name was called out, the crowd chanted “Presente” in order to bear witness to the victims’ lives and reflect on the resilience of the survivors.

I heard from Gabriela, a remarkable 28 year-old woman who was only eight months old when her mother Silvana, who was also 28, was murdered in the attack. I met a retired AMIA employee named Anita, the daughter of Holocaust survivors, who recounted her story of survival while mourning the dear colleagues she lost on that fateful day. I spent time with Luis, whose daughter Paola accompanied her mom to work at the AMIA building, for the first time ever, and died in the bombing. And I met Javier, who has the double trauma of being an AMIA survivor and also the brother of one of the “desaparecidos,” a victim of the military Junta’s violence in the 1970s.

Being in Buenos Aires for the AMIA commemoration also gave me a sense of belonging and pride of witnessing the strength of Jewish communities in Latin America in action. Each Jewish community invited civil society leaders who are allies in the fight against antisemitism and all forms of hate.

These included legislators, judges, clerics, journalists, and even the former president of Guatemala, Jimmy Morales. In addition, the presence of US Special Envoy to Combat Antisemitism, Ambassador Deborah Lipstadt; Yad Vashem’s Dani Dayan; and Organization of American States Commissioner to Fight Antisemitism, Fernando Lottenberg conveyed the importance placed by governments and national and international institutions on the need to preserve and secure Jewish life in Latin America.

Many younger leaders were also present and active, a hopeful sign that the next generation is committed to carrying on the values and work of those who came before. The sensitivity, knowledge and commitment of all those in attendance is a testament to the great contributions of Jews in Latin America to the social fabric of the countries they live in.

An image of resilience that will stay with me forever is that of a destroyed Yiddish typewriter, which was recovered from the ruins of the AMIA building and is currently on display at the state-of-the-art Buenos Aires Holocaust Museum. The typewriter embodies the immigrant story of Jewish survival, of those who fled the horrors of the Holocaust to start new lives in Buenos Aires. It is a sign of resilience and strength, and reflects the wise message of Lord Rabbi Jonathan Sacks Z”L a few months before his tragic passing: “Look through Jewish history and you will notice one thing: we are a super-resilient people. The more pressure we’ve been under, the stronger we’ve become.”

Despite all the injustice we have faced, the Argentine and Latin American Jewish communities have become even stronger and more resilient, committed to ensuring its vitality — for future generations.

About the Author
Liat Altman is Director of Latin American Affairs at the Anti-Defamation League.
Related Topics
Related Posts