There is nothing good to say about the last two weeks. 27 Israeli soldiers have lost their lives over the last few days in Operation Protective Edge. While to most of my loved ones abroad, I am “on the front lines here,” I feel a world away from what’s happening in the Western Negev and in Gaza. Life in Tel Aviv continues fairly normally (thank G-d for the Iron Dome and for the IDF for allowing us to live our lives).

For the better part of the last two weeks, I have done my best to raise people’s spirits through non-stop updates on Facebook and Twitter. Two nights ago, I performed before a standing-room only crowd at Jerusalem’s Off the Wall Comedy Basement for people who REALLY needed a reason to smile.

While it may pale in comparison to the brave service our soldiers are providing in and around Gaza, the best service I can provide is keeping my fellow Jews in Israel and abroad sane and laughing.

Here are some of my favorite Facebook statuses I wrote over the last couple of weeks. If they make you smile even a little bit, I have done my job. Let’s pray for quiet soon.

Israeli security forces have stopped arms traffickers attempting to smuggle weapons from Jordan across the Dead Sea via boat. Sources say they might have been more difficult to detect had they not been floating atop the Dead Freaking Sea.

An army statement reveals the success rate of the Israeli defense systems to be at 86%, with some 225 interceptions overall. It was originally announced at 81% until the Iron Dome’s mother complained about a lack of extra credit opportunities.

Hamas has claimed responsibility for the barrage on central Israel this morning. That clears up a lot. I was sure it was Bronson Pinchot. 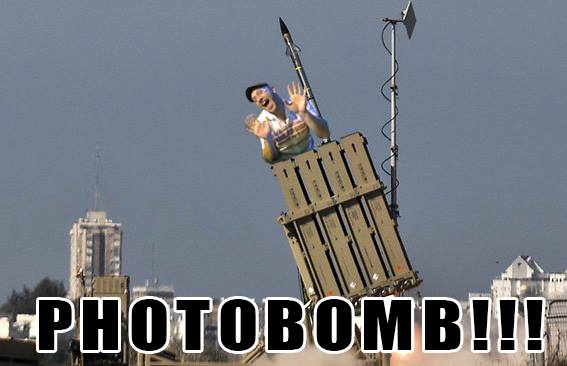 The United States is to provide $47 million in humanitarian aid to help Palestinians hit by Israel’s campaign in the Gaza Strip, US Secretary of State John Kerry pledges. Because I support this money being used to actually help the suffering innocent, Mr. Kerry: unless you see them physically eat it, let me suggest that you cross off concrete from the shopping list.

The UN has less credibility than my sixth grade student government. At least our elected officials weren’t bullying students in the cafeteria and then blaming the band nerds for being the biggest threat to school spirit.

International reporters are claiming that Hamas is preventing them from leaving the Gaza Strip. I don’t want to hear any of us complaining about our jobs for the next ten years.

Hamas official Hussam Badran says Khaled Mashaal did not refuse a ceasefire but had never received an official invitation to to come to Egypt. Check your spam folder, moron, next to the message about “how to massively enlarge your arsenal for under $100.” 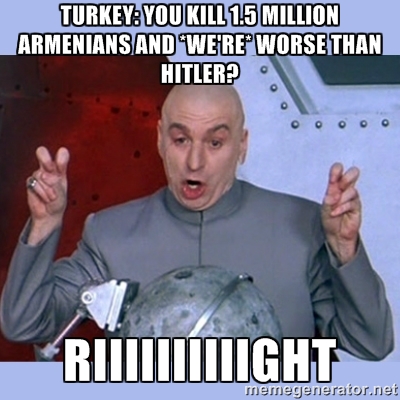 The Knesset welcomed hundreds of children from the south today in an effort to take them away from rocket fire. “I hope the quiet returns soon,” Knesset Director General Ronen Plot tells the children. Was he was referring to the rockets or to an average day in the Israeli parliament?

Just remember, if there’s not light at the end of the tunnel, it’s probably clogged with terrorists trying to sneak across your border.

There’s been some unreported confusion over the beginning of the temporary humanitarian ceasefire. Apparently 10 AM our time isn’t scheduled to arrive in Gaza until October 18, 2074.

Rihanna claiming that “she didn’t even know what she wrote was a Tweet” is the best defense since George Costanza quit his job and came back the next day, pretending it had never happened.

Is that a ceasefire in your pants or are you just trying to kill me?

People abroad are downloading the Tzeva Adom app to alert them when there are sirens. It’s not really solidarity until they crawl inside their kitchen pantries. (That’s right, I want you sitting next to the Wacky Mac for 10 minutes.)

With so many people staying in these days, are we going to see an increase in births in 9 months? Brings new meaning to “baby boom”.

A rocket landing in Sderot this afternoon damaged two parked vehicles. Ok, how many Israelis with crappy cars are just praying this happens to them?

If we can’t laugh, what can we do?

To arrange a comedy show or workshop about Israel in your community, please contact Benji for more information about his North American fall tour.