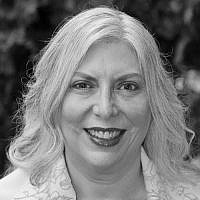 Although Judaism is not highly ascetic, we have just weathered a time when many Jews denied the self and mortified the flesh. Starting at the beginning of the Hebrew month of Elul, Sephardic Jews rise before dawn to recite prayers of repentance. Ashkenazic Jews typically begin penitential Selichot prayers later in the month, with a late-night service after a Shabbat preceding Rosh Hashanah. Some Jews fast during select days in Elul, particularly on the morning of Rosh Hashanah eve.

On Yom Kippur, we “afflict our souls.” In traditional observance, Jews abstain from bodily pleasures, including sex, bathing, food, and drink. In this way, we experience for a day what it is to be like angels – or corpses – who have no physical needs. Equally, we behave like monks who wish to overcome those needs. I recall that my great-grandfather used to remain standing for all 25 hours of Yom Kippur.

I joked with relatives, who also remembered my Zeyde’s spiritual discipline, that attending family math camp with my son this summer could be considered a form of pre-High Holiday penance. I am as great a math-phobe as my son is a math-enthusiast.

It turns out that math camp did indeed help me prepare for the High Holidays — but not through affliction.

On the first day of camp, I attended a lecture for parents by George Thomas, mathematician, physicist, and engineer – a triple threat. The subject was: “The Three Classical Laws of Thought – and Mathematics.”

Frankly, I was glad and surprised that I could keep up with the math – until Dr. Thomas let it slip that he had just delivered the same lecture to a group of eight-year-olds during his first session with them.

I am summarizing these laws here both because of their inherent value and because they are so relevant to the High Holidays, which extend through Hoshana Rabbah.

The first rule is: A=A, the law of identity. Imagine that a Martian visits earth and asks about the blog you are reading. If you answer “this is a blog for the Times of Israel,” he will only ask what a blog is. As you seek to explain, it will lead to greater understanding, but also to infinitely more questions, such as: What is the internet? What is an opinion? Where is Israel? (Let’s not get started on the question of borders!)

No matter how talented you are at explaining, there will always be another question. Eventually, you will have to say: trust me – a newspaper is a newspaper and it is never not a newspaper. A=A.

This principle is foundational to all of mathematics. Without the law of identity, it is impossible to proceed – in math, in logic, or even in conversation.

The second law is the law of non-contradiction: A does not equal not A. Something cannot be true and untrue at the same time. There can be cases where something is true and other circumstances where that truth does not hold. But in any given situation, if something is true it cannot also be false. This seems obvious, but it is hard to prove.

The third law, according to Dr. Thomas, is the law of the excluded middle. While the first two laws are almost universally accepted, the third is controversial. It states: truth and falsehood are the only two options. There is no third possibility, and there is no continuum of very true, true, neutral, false, and very false. The “middle” options are entirely excluded. Either A or not A but not both A and (not A).

Still with me? (I don’t have this down as well as Dr. Thomas’ eight-year-old students, but I think I’ve done a passable job at explaining.)

Now… what does this have to do with the High Holiday Season?

The period from Elul through Hoshanah Rabbah is a time of deep spiritual work. We seek to forgive, to repent, to improve. To do so, we must be honest with ourselves. Like a senior mathematician or an innocent and sponge-like eight-year-old, we must seek the truth.

The three laws of logic each have their spiritual “corollaries.”

The law of identity is very helpful for acceptance and forgiveness. Your mother is your mother. This doesn’t seem earth-shattering, but it’s a foundational principle that can help you, whether you have appreciation for your mom or conflict with her – or both. Also, she is never not your mother. She cannot not be herself.

High Holidays are all about growth and change. But for growth and change to happen, first you have to get to the bedrock of what is. Sometimes, this takes a lot of bravery: My addiction is my addiction. My anger is my anger. My dissatisfaction is my dissatisfaction, and I won’t pretend any longer that it’s just fine. Once we agree that A=A, only then can we decide what to add to A or to subtract from it.

The theologian Carol Ochs described spirituality as “a process of coming into relationship with reality.” Spirituality affirms the truth of what is, even when the truth is ugly. You cannot heal what you do not face. There is no escaping the reality of what is so in this present moment. In reviewing the past year and assessing the state of our souls, we affirm that A=A.

Maimonides, the great 12th century rabbi, physician, and philosopher, expressed the law of non-contradiction in his Laws of Repentance (Hilchot Teshuvah): “One who confesses in words and has not in his heart resolved to forsake sin is like one who immerses in a [purifying] ritual bath and keeps holding a [ritually impure] reptile. Unless you cast it away, the immersion is useless.”

You cannot be both repentant and unrepentant. You cannot be both pure and impure. The spiritual law of non-contradiction might be stated this way: “when you bring the internal and external into alignment, you are operating in integrity.”

Netzavim, the Torah portion of the Shabbat before Rosh Hashanah, states: “This day I put before you life and death, blessing and curse. Therefore, choose life.” Many times, we seek a third option. Can’t I just coast? What about subsistence or survival? Aren’t there neutral choices? The spiritual law of the excluded middle says: every choice inclines you either toward life and vitality or toward death and destruction. Choose wisely, “that you and your children may live.”

In other words, enter yourself in the Book of Life. As the Unetaneh Tokef prayer reminds us, “every person’s signature” is in God’s Book of Memories.

It’s easy to feel “religious” (or maybe just smug) when you fast all day and beat your chest and lie prostrate on the floor during the Grand Aleynu. As the old joke goes, “look who thinks he’s nothing!” God asks in the Haftarah of Yom Kippur morning, “Is this the fast I have chosen?” (Isaiah 58:5)

Asceticism for its own sake is idol worship. We have to remain sensible to what our penance is for. We are clearing away our usual crutches and comforts and habits in order not to be dead while we still live. We are clarifying our choices: truth or falsehood, life or death, “strife and contention” (Isaiah 58:4) or the recognition that other human beings are “your very own flesh” (Isaiah 58:7).

As of tonight, we will step into a fragile hut. It is a temporary home that is only considered kosher if it’s vulnerable to elements. The human body is a lot like a sukkah. It is a temporary home for the soul, vulnerable to outside forces. Whatever spiritual work we may have completed so far, however far we have advanced in learning the laws of life, each of us is still as fragile as a sukkah. Hopefully, each of us will remain just as open, too.

About the Author
Debra Orenstein, rabbi of Congregation B'nai Israel in Emerson, NJ, is an acclaimed teacher, author, and scholar-in-residence. She is editor of Lifecycles 1:Jewish Women on Life Passages and Personal Milestones and Lifecycles 2: Jewish Women on Biblical Themes in Contemporary Life (Jewish Lights). A seventh generation rabbi, she was in the first rabbinical class at The Jewish Theological Seminary to include women. She earned a Certificate in Positive Psychology and teaches online. Visit RabbiDebra.com to learn more.
Related Topics
Related Posts
Debra Orenstein
Comments