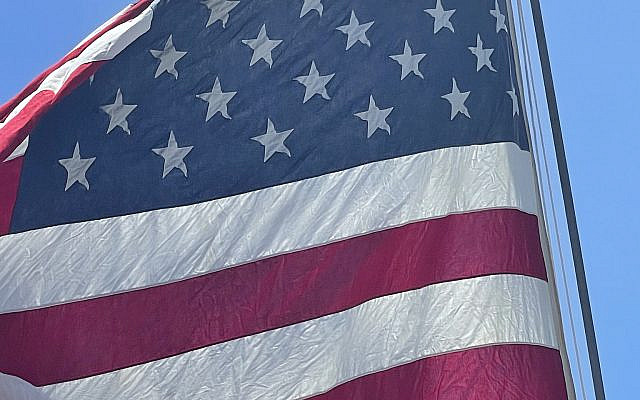 How far we have yet to go. Photo by Vicki Cabot

What to do when the world is dark, and the future bleak?
Escape.
And where else to go, but into the pages of a good book.

Which was exactly where I was as word arrived that the US Supreme Court had overturned Roe v. Wade, putting aside almost 50 years of precedent protecting the constitutional right to abortion.

I was just getting into Bonnie Garmus’ Lessons in Chemistry, marveling at her clever take on women in the 1960s. It’s smart and funny, but with a dark side. The kind of book that has you laughing and crying, both at the same time.

The kind of book where words jump off the page, such as Elizabeth Zott, the main character, questioning what’s wrong with women wanting both a career and children and her pithy response.
“What’s wrong with that?” reasons Zott.
“Nothing. It was exactly what men got.”

A book that comes at just the right time.

It’s the story of a brilliant research chemist – who happens to be a woman, exceptionally bright, dedicated, determined, and attractive to boot — whose future is stymied by gender discrimination, sexual harassment, and worse.

It indelibly captures the tenor of the times that preceded the 1973 Roe decision and the forces that led the country to embrace it.

Garmus gives us a courageous, fictive heroine, from nearly two decades earlier, who prevails, despite being deprived of opportunity. Zott never loses sight of her identity as a scientist or her aspirations to succeed in a male dominated world, despite being limited by choice or circumstance. A singular woman, far ahead of her times.

Zott chooses not to marry her soulmate and fellow chemist Calvin Evans – to assure her scientific contributions will be published under her own name – and later finds herself with an unplanned pregnancy and a future as a single, unwed mother as Evans tragically succumbs to an accidental death.

She gets by through sheer grit, even as doors slam shut, as others steal her work, as a loutish boss assaults her. She converts her kitchen into a chem lab, finds a wonderful neighbor to help with the new little one, and soldiers on.

But the roadblocks remain, for Zott and the rest of us.
Until Roe helps to bring them down, along with a succession of other decisions that advance gender equity. Which is why we are now at a tipping point, yet again, as the justices roll back the right for a woman to decide if and when she has a child, seemingly ignoring its implications for millions of women, their husbands or partners, and their families.

Overturning Roe undermines the constitutional protections for individual freedom enshrined in the 14th amendment and the free and equal status for women. It also undermines the intrinsically implied right for the freedom to determine how to make a family.

For me, the light went on as Slate’s Dahlia Lithwick explains to Ezra Klein on a recent podcast how individual autonomy extends to family autonomy. Being free is making choices about how to configure a family, she holds. And those choices are protected by the 14th Amendment.

“You cannot be free if you cannot construct the family that you want to construct,” she says.

Garmus’ book may be an entertaining beach read, but it highlights the significance of the Court’s decision.

It conveys how far we’ve come.

But the Court’s decision in Dobbs v. Jackson Women’s Health Organization underlines how far we have yet to go.

About the Author
A writer and editor, Vicki has been recognized for excellence by the American Jewish Press Association, Arizona Press Club and Arizona Press Women. Her byline has appeared for more than 30 years in Jewish News of Greater Phoenix and in a variety of other publications. A Wexner Heritage Scholar, she holds masters degrees in communications and religious studies from Arizona State University and a Ph.D in religious studies also from ASU.
Related Topics
Related Posts