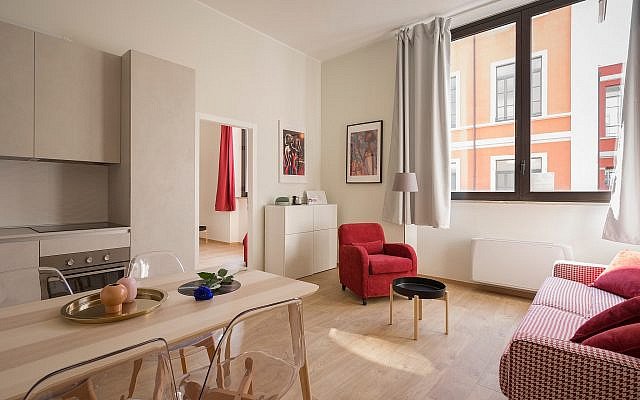 The University of Edinburgh is to rename the David Hume Tower for fear that his views on race, expressed more than 250 years ago, might “cause distress”. This is part of an ongoing review of present day reminders of the 438-year-old institution’s links with slavery and racism.

I was about to sit at my table when I realized that this is a reminder of Table Mountain and the horrific years of apartheid in South Africa. Worried that my table might cause distress, I quickly pushed back my chair but was reassured when I remembered that Archbishop Desmond Tutu had been appointed as the chair of the Truth and Reconciliation Commission.

But, before I could help myself, I made another mistake – I looked at the carpet. It was causing a lot of distress.

In colonial South Africa, white, English-speaking people looked to the motherland for hints in matters of taste. People were considered to be failures if they did not follow Victorian ideas of propriety. Among the essential commodities for successful whiteness were Persian carpets.

By the 1960’s, the Persian carpet had become an accepted part of a proper, English-speaking, white middle-class home. However, with the end of apartheid in 1994, wealthy White South Africans were forced to adopt a new standard of taste. The “Persian carpet” had become prohibitively expensive and was seen as an outdated symbol of the old South Africa. Together with tea parties it was consigned to the dustbin of élite whiteness.

Trying to avert my gaze from the table, chair, and carpet, I found myself looking straight at the window. I could not help but remember the case of Ahmed Timol, a 29-year-old Muslim schoolteacher and political activist. In 1971, just six days after he had been arrested, he jumped out of a window and fell to his death from 10th floor of the offices of the South African Police’s Special Branch. His death was quickly ruled a suicide despite the suspicious circumstances.
A few years ago, long after the fall of apartheid, South Africa’s National Prosecuting Authority agreed to hear new evidence in the case. This reexamination of a political death could set a precedent – seventy-three South Africans were killed in police custody between 1963 and 1990.

I looked up. Not far above my head, the ceiling seemed to be made of glass. I could see through it, but there was no way to get my body through. Many South Africans seem to feel the same way. Under the old Apartheid they weren’t white enough, but in today’s post-Apartheid South Africa, they are not black enough.

I was getting tired of this strange room with its table, chair, carpet, window, and ceiling. I looked for the way out and found two doors, clearly labelled in Afrikaans: Blankes (whites) and Nie-Blankes (non-whites).

I looked at my skin; it certainly wasn’t white; I had spent the summer in the Israeli sunshine. I looked again, perhaps I had missed a third, Don’t Know, door. I was beginning to feel distress brought on by the ‘trauma of freedom, a term first used in a lecture by Achille Mbembe, who showed that someone who has only known a lack of freedom, suffers trauma when first confronted with freedom.

OK, I thought, I’ll go for Blankes and opened the door. Once out of the room, with my distress level dropping rapidly, I could see that both doors led to the same place. It really didn’t matter if you were Blankes or Nie-Blankes.

It reminded me of the song from my youth ……….
Oh, you push the damper in, and you pull the damper out, but the smoke goes up the chimney just the same.