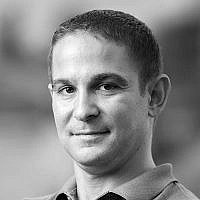 The Blogs
Bradley Chalupski
Apply for a Blog
Please note that the posts on The Blogs are contributed by third parties. The opinions, facts and any media content in them are presented solely by the authors, and neither The Times of Israel nor its partners assume any responsibility for them. Please contact us in case of abuse. In case of abuse,
Report this post. 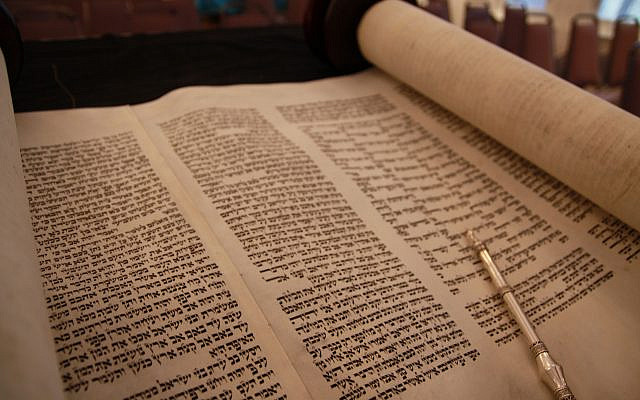 A committment to transferring knowledge throughout the generations.

Growing up as a secular Jewish child in a mixed Jewish/Catholic family with no religious education to speak of, the only word I could use to describe my experiences with Judaism would be ‘impenetrable’. Lots of memories reinforce this perception, but one in particular.

During my Jewish friends’ Bar and Bat-mitzvahs, I vividly remember listening to the entirely foreign sounds of Hebrew and having no idea what they meant. Sometimes, I would open the prayer book and try to match up the sounds I heard with the letters on the page. I never succeeded. It was a frustrating experience and those moments, along with their memory thereafter, made me feel I was an outsider to the Jewish community. In many ways, despite my family holding a Seder and lighting the Menorah every year, those Saturday mornings in the Conservative synagogues dotting central NJ created a life-long sense of an unbridgeable divide between me and Judaism.

This was not taught, said, or insinuated to me; it was a decision my thirteen year old mind arrived at by intuition. If everyone Jewish around you is participating in something, and you can’t, you feel excluded. You feel separation. You feel like these things will never make sense to you, and you retreat from that identity.

A lot of things have changed since I traveled the central NJ Bar/Bat Mitzvah circuit in 1997. Today, my connection to Israel and Judaism is strong and one of the defining parts of my identity. I’ve lived in Israel for 7.5 years; I now know enough Hebrew to order new internet service; my daughter’s hometown is Jerusalem. During my time in Israel my religious practice and earnestness to live a Jewish religious life has also grown exponentially. I go to Synagogue regularly on Friday night; I study the Law with an (amazing) Orthodox Rabbi; I can pray in Hebrew with enough emotion to bring me to tears.

Any yet, I still don’t quite feel like I am fully, authentically, Jewish. I still sit in Synagogue on Friday night, pouring my heart and soul out in Hebrew Tefila, and hear a little voice in the back of my head that says ‘you don’t belong here, you are just a child pretending at being Jewish’. Why? Because I have still never had my Bar Mitzvah. I have never led the People in prayer; I have not participated in the rites and ceremonies that mark members of our community as adults.

That will change on the 1st of Iyyar, 5780, when I will finally be called to the Torah to read my Bar Mitzvah parsha, Metzorah. The parsha codifies the law of healing lepers, but its deeper meaning is the story of returning a Jew to their community. For me, there is no topic that could be more fitting. Renewal is central to Judaism, and it is central both to my personal story and well as to the experience of having a Bar Mitzvah in general.

This may seem like a strange way to describe a Bar Mitzvah. It is neither a rite, nor strictly speaking even a ceremony the way that such coming of age events occur in other religions. It is simply the first time you lead a congregation in prayer from the Torah. If nothing else, it would seem to be a stepping off point, a beginning — not a renewal.

But one of my friends beautifully captured the core essence of renewal in the tradition when he said to me “to become an adult in Judaism, you have to teach someone something.” He’s correct. Teaching is a Jewish cultural conviction that is without peer in either sincerity or earnestness among all the cultures of the earth. To commit to teach is to commit to renewing the knowledge of the community in each and every generation, a belief in the power of both the telling and the hearing.

Moshe heard the word of G-d, but it was only by teaching His law to B’nei Israel that we could make it a light unto ourselves and unto the Nations. If Moshe had merely received the Law but never taught it, it would have been as if God had never spoken at all.

By the time my Bar Mitzvah comes, I will have spent nearly 8 years living in Jerusalem, three years fasting on Yom Kippur, two years attending Friday night services and studying Judaism with an Orthodox Rabbi, and 4 months learning to sing Torah.

About the Author
Bradley Chalupski is the winner of Israel's first medal in an international IBSF Skeleton competition, represented Israel in two IBSF Skeleton World Championships, and is the first Israeli athlete to compete in an IBSF Skeleton World Cup circuit event. In college, he interned for then Senator Joe Biden and later went on to intern in the policy department of NJ Governor Jon Corzine while earning his J.D. from the Seton Hall School of Law. He made Aliyah in 2012 and has lived in Jerusalem ever since.
Related Topics
Related Posts
Comments