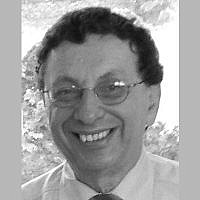 Like most Jewish Americans, I was shaken hearing the news of the Shabbat morning pogrom at the Tree of Life Synagogue in Pittsburgh. I was sorrowful, angry, and fearful that similar incidents will recur. I listened to analysts across our political and cultural divides and read commentators who inveighed against hate, pointed accusatory fingers, and offered a host of familiar suggestions. I knew why it had occurred, but I was left with no idea how to eradicate the genocidal-laced notions that have festered within the minds of a Robert Bowers and anti-Semitic entities for over 2000 years. Surveillance and exposure of anti-Semitic hate groups, sure. Do “something” about guns, I’m in support. Post guards at our various Jewish institutions, why not if even one life could be saved? Increase mental health services, who can argue with such an initiative? Educate non-Jews about the evils of anti-Semitism, I’ll be glad to help.

Now, with time coaxing additional reflection, I worry that if Jewish Americans are under attack, how well will any of our counter strategies work if we are weakened by internal strife, contempt for each other, and self-placed blinders of fealty to political and cultural institutions that distort our ability to recognize anti-Semitism and respond effectively? With all the laments, the vigils, the cries of “Never Again” and Am Yisrael Chai, words are effective demands for action only if there is strength and unity among those making the calls.

In a lecture entitled, “The Moral, the Political and the Partisan: Jewish Community and Jewish Values in the Era of Polarization” just a few weeks before Pittsburgh, Dr. Yehudah Kurtzer, President of the Shalom Hartman Institute of North America, posited that the ways Jewish Americans are conflating morals, Jewish values, and interests with partisan political views corrode relationships within the Jewish American family impacting, among many challenges, our fight against anti-Semitism. Instead of looking at the threat of anti-Semitism as a whole, Kurtzer maintained, Jewish Americans identify adversaries based on partisan political and ideological affiliations such as those on the left putting emphasis on white supremacists, and those on the right on Israel delegitimization and the BDS movement.

For Kurtzer, politics should not be the ends but the means. Yet, he stated, Jews “have become bound up in the larger culture to our moral detriment.” As I extrapolate from Kurtzer’s thesis, we weaponize anti-Semitism to assign and interrogate the possible anti-Semitic tendencies of the political foes we want to beat, and one’s own party gets a pass. With partisan “enemies” becoming moral enemies, and moral enemies and their darkened visages equivalent to Nazis, anyone disagreeing with one’s point of view, even within one’s own community, is tarred with malevolent associations. Large segments of the Jewish population become the “others,” placed on the outside of one’s world. Just consider that Jewish Republicans at 25% and Democrats at 75% of the partisan divide constitute two alienated, contending blocs within our community leaving us vulnerable to the threats of anti-Semitism on our blind sides.

The Torah, which should be a shared font of inspiration and interpretation, is also being misappropriated in support of our fractured response to anti-Semitism. As Rabbi David Wolpe noted, “If Judaism supports all the policies you believe anyway, can’t you be at least a little suspicious that your politics are guiding your Torah, and not your Torah leading to your politics?” Perhaps the reference to the gratuitously genocidal attacks on the wandering Israelites by Amalek who have become associated with Haman’s drive to exterminate the Jews, the Roman persecutions, and the Nazi Holocaust suggests anti-Semitism, but there is no explicit definition in the Torah.

Therefore, should we not allow in some measure of humility when we endlessly cite, as just one example, “Justice, justice shall you pursue,” as not only the surety of God’s injunction for what to think about every political issue before us, from climate change to immigration to reproductive rights to health care policy, and even branding fellow Jews with whom we disagree as hateful representations of fascists among us? With such unfounded recriminations reverberating, consider the misplaced energy and emotions dissipating our spirits and diminishing perspicacity in spotting the truly dangerous anti-Semites from without. And once anti-Semitic brandings are cavalierly assigned for the sake of political gain and partisan posturing, how easy is it then to indict fellow Jews who are associated with or work for the “other” side as “collaborators” or “kapos,” grievous comparisons that belie and diminish the Holocaust-laden historical context of those terms?

What shameful injuries a Franklin Foer inflicts on our Jewish community when he insists in The Atlantic that Jews associated with the current administration should be excommunicated and not welcome in synagogues because, as Foer insists bizarrely following his hate infused antipathies, they are complicit in the Pittsburgh massacre. Has Foer read some redacted history to believe that anti-Semitic killings began just two years ago?

When it comes to the American Jewish community and its fight against anti-Semitism, our winning depends on our ability to look inward to find that wellspring of unity and strength based on Jewish pride and kinship that states unabashedly that we are Jewish Americans first and Democrats or Republicans, liberals or conservatives, second. Let’s argue on the issues and not about who is a more virtuous or deplorable Jew. Let’s not compromise the fight against anti-Semitism for the sake of another cause as important as it may be to one’s perceived sense of Jewish values or justice. Let’s not be tempted by the current vogue in championing intersectionality with certain progressive or racial purity groups when they assault us with anti-Semitic canards of Jewish privilege and exploitation, fifth column behavior, and delegitimization of Israel. Let’s sever all ties to such miscreants and build a better world on our own or with concordant partners as we have done for centuries.

We must think about our children and teach them well about anti-Semitism. Holocaust historian Deborah Lipstadt has likened anti-Semitism to “a herpes infection that lays dormant and re-emerges at times of stress. It doesn’t go away no matter how acculturated Jews have become.” But many of our young, acculturated within a country that has been a “golden land” for Jews, were at a loss to comprehend how Pittsburgh could have happened. Acculturated to believe that anti-Semitism is just another form of hate that falls within a generic framework of various racisms, they do not comprehend the particularity of anti-Semitism as the threat to their very Jewish being as it had assailed their forbearers for millennia. Lulled into seeking the unattainability of safe spaces, our youth have not owned the fight against anti-Semitism that goes beyond attending a candle light vigil. Compromised and confused by loyalties to other causes and allied groups that question their Jewish identity and pride, they have not been imbued with the courage to defend their own people, unlike the young Israelis who in fierce and unwavering defense of their Jewish nation family have fought for 70 years against the worst form of anti-Semitism, the unyielding attempt to annihilate another six million Jews in our spiritual homeland.

United, we must stand together with an uncorrupted resolve to oppose anti-Semitism in all of its eruptive forms, wherever it appears on the political and ideological continuums. Together, we must be role models for our children, quickly and unflinchingly conveying to them the full measure of the battle which they must take up for their own sake today and that of their own next generation.