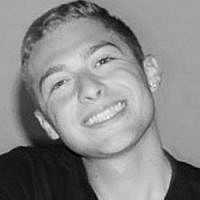 The Blogs
Jordan Star
Apply for a Blog
Advertisement
Please note that the posts on The Blogs are contributed by third parties. The opinions, facts and any media content in them are presented solely by the authors, and neither The Times of Israel nor its partners assume any responsibility for them. Please contact us in case of abuse. In case of abuse,
Report this post.

For a person who generally has no lack of opinions or words, I have found myself unable to express my thoughts or respond to the current situation in Israel. I’m confused, appalled, shocked, saddened, angered and cannot completely understand where or whom these feelings and conflictions are stemming from. I see the hundreds of deaths in Gaza, and am saddened by their deaths as I would be if they were any other human being. At the same time I feel such anger that the sole responsibility for their deaths is placed on Israel. I feel such anger against Hamas for seeking the destruction of Israel and recklessly endangering its citizens; anger towards Israel for much of how the government has dealt with people in Gaza and the West Bank in the past; and an anger that people seem to think that everything in this situation is clear and able to be simplified to oppressor versus oppressed. I want to be clear now that the conflict is not clear, and probably never will be. This is of course, just my opinion.

Some of us as a society take whatever we hear as fact, some of us struggle with all of the bombardment of information we hear, trying to make sense of it all, and some of us continually only hear what we want to hear. Given all of this, I think we need to take a step back and see whose voices are being heard, excluded, validated, and invalidated. From my perspective, not enough voices are being validated or listened to, and too many vice versa.

I can only speak from my experience, as a liberal gay American Jewish male, looking at the world with so many privileges, and also having the experience of someone without many. Recently in the U.S. there has been a lot of discussion and movement towards the concepts of privilege and space; privilege being the special rights and advantages certain traits endow people, and space noting when to acknowledge that privilege and/or the lack of someone else’s. For example, it is not my space, in my opinion, to force my opinions about abortion on anyone else because I am coming from a place of male privilege in that conversation. It is my place to listen to others who don’t have the privilege about reproductive rights that as a male I do, and it is important that I acknowledge that. It is my place, however, to say my feelings about marriage equality, given that is an issue that affects me, and an area where I lack privilege and the conversation is dominated by those whose sexuality allows them more of a say.

Why is this idea of privilege and space not afforded to Jews or Israelis, though? Many people think it is their space to say everything they want for and against Israel. It is always their right, just as it is my right to talk about abortion, reproductive rights and affirmative action, but I would disagree that it is always their space, and I think this needs to be addressed.

There are a few groups directly or closely affected by the current conflict, such as; Jews, Israelis, Muslims, Arabs and Palestinians. These groups are rarely afforded space in the world to express their narratives, and the current situation is no different. I have trouble accepting that it is the place of an American, unrelated to the conflict, to have an equally heard voice as an Israeli or Palestinian experiencing the conflict firsthand. Although I am in Israel now, and am Jewish, I think even I may be treading this line here as still somewhat of an outsider. Though of course there is an ally argument to be made, that people are using their privilege to speak on behalf of others without it, I would not agree that this is what’s happening, as I will talk about later. I have increasingly heard the argument that people feel so entitled to rage about their feelings on the conflict because many countries have a financial part in the conflict, so therefore as its citizens and taxpayers, they have a right to speak up for or against what its government is supporting. I agree wholeheartedly.

However, what I would say to this specific argument is: your government’s financials may give you the space to speak because of your wallet; but for these groups, we are speaking from a place much deeper than any wallet; from our hearts, faith and history to our people and the land. Taxpaying dollars cannot buy or pay for this voice, and thinking so invalidates thousands of years of conflict and persecution of so many groups of people; Jews and Muslims alike.

In my experience as a Jew, I have often felt invalidated, and my narrative told to be wrong. When I say anything in support of Israel, I am labeled as having blind faith or being brainwashed. Many times though, these words are coming from people, as I’ve mentioned, who are speaking because their tax dollars and freedoms give them the right to speak. I’ve found they often treat Jews who preach against Israel to be heroes who have gone against the status quo; almost like they have seen the light. This heavily implies that other Jews are only seeing darkness; that our narrative is dark. So it is easy to see why I, only speaking for myself, would not like this constant metaphor of praising Jews who have “seen the light” or “woken up.”

If only it were so easy for the millions of people from across faiths that think of Israel as home. Money or no money, we love our land, history and people. Our voices aren’t heard enough, and when they are, they are constantly labeled as biased, Israel-Sympathizers, Muslim-Sympathizers, terrorists, bigoted, arrogant, etc… But, what space does anyone who speaks from their wallet have to call us that? Though I am sure they are speaking from their hearts and values, do our unprivileged hearts and values matter less? For many Jews and Palestinians, we consider Israel or Palestine our homes, and our ancestors’ homes. The land and conflict touch us more deeply than I think people have been willing to acknowledge. I think many people have a hard time coming to terms with the notion that they simply cannot understand every single conflict or perspective in the world. We each come from a unique narrative, that is much harder to grasp than just reading numbers.

I am not fighting over foreign policy, tax dollars, or comparing who faces the most oppression. I’m fighting over the home of my people for thousands of years, and the home of the Palestinians for thousands of years as well. This situation touches others and I deeper than I think I can describe, but let us try to tell others, instead of them trying to tell us about our own conflict.

Speaking of Jews specifically, as a population I know more about, we historically have been silenced, murdered, forcefully converted, forced from our homes, and this all continues to happen today. We are a group without privilege in most parts of the world, and even in those where it seems like we do, we tend to be“privilege-passing,” so microaggressions towards us don’t seem like microaggressions at all. As with any group that lacks privilege, it is important that those with privilege acknowledge that and the space in which they are making and taking. Thinking that Jewish, Muslim, Israeli and Palestinian voices are as equally weighted with “liberal” activists elsewhere seems just another way of oppressing us, and it is sad to me that many people aren’t seeing it; a textbook case of subtle aggressions towards a group of people not being seen by the aggressors.

Let us speak. And Please Listen.

About the Author
Jordan Star is a junior at New York University studying the intersection of politics, social work and photography, and is an intern at a human rights organization in Israel this summer. He is also on NYU's Hillel Board, Co-President of Keshet LGBTQ Jews on Campus, and is on NYU's Multifaith Advisory Council.
Related Topics
Related Posts
Comments