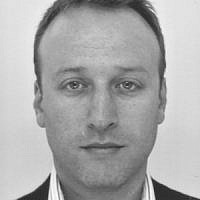 The Blogs
Jake Wallis Simons
Apply for a Blog
Please note that the posts on The Blogs are contributed by third parties. The opinions, facts and any media content in them are presented solely by the authors, and neither The Times of Israel nor its partners assume any responsibility for them. Please contact us in case of abuse. In case of abuse,
Report this post. 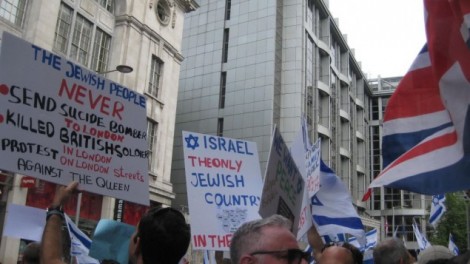 It’s official: last year was the worst in recent memory for anti-Semitic attacks in Britain.

A total of 1,168 racially-motivated attacks against Jews were recorded by the Community Security Trust (CST), the highest since records began in 1984.

Maureen Lipman, the prominent British Jewish actress, said she was so concerned that she was considering leaving the country. Some have already done so; one British paper profiled a Jewish family that has decided to emigrate to America.

Yet despite the commendable level of attention the media has given the matter, the public debate has remained remarkably shallow. Time and time again, it boils down to the same basic point: that Jews as a whole are not to blame for the actions of Israel.

Again and again, pundits – even Jewish community pundits – nod sagely and mutter that British Jews should not be held accountable for the evils of a state many miles away.

The assumption behind this is clear: to bash Jews is bad. But to bash Israel? More than you bash Syria, Saudi Arabia, Iran, North Korea, or even Islamic State? Well, that’s perfectly OK.

Remarkably, nobody has suggested that at the heart of “criticism of Israel” often lies something far older and darker. As a result, anti-Semitism in Britain is being allowed to hide in plain sight.

We saw this on Thursday, when the controversial MP George Galloway – who recently declared his constituency, Bradford, an “Israel-free zone” – appeared on Question Time, the BBC’s flagship current affairs debating programme.

He was able to defend himself quite robustly against the charge of anti-Semitism by repeating the cant that he is simply against Israel and Zionism, not against Jews in general. And, despite persistent heckling by Jewish members of the audience, he won his argument.

Not one person challenged him on his Israel-hatred. Not one person – even Jonathan Freedland, the eminent Jewish journalist who was sharing the stage at the time – suggested that there could be anything rum about Mr Galloway’s pathological detesting of the Jewish state.

Moreover, nobody even pointed out that to discriminate against people on the basis of their nationality is also pretty problematic.

It would have been an easy thing to point out. Let’s imagine, for example, that Mr Galloway had a problem with the nation state of Pakistan because of its links with extremism, record on corruption and human rights abuses.

Imagine the uproar if he said that Bradford should be made a “Pakistan-free zone”! Imagine the outrage if he said, “I don’t debate with Pakistanis”! Mr Galloway would be hounded from public life and probably prosecuted.

Yet when it he says these same things about Israelis, nobody turns a hair. The imbalance is all too obvious.

But I am saying that there is clearly something racist and hateful about the disproportionate, obsessive, unrelenting, swivel-eyed, tunnel-visioned, maniacal criticism of Israel that abounds in both Britain and Europe.

Self-evidently, it is little more than a mutant strain of that old evil, anti-Semitism – even if you do claim not to hate non-Zionist Jews.

What’s that? You say that Israel occupies land, kills civilians and dispossesses indigenous people? Well, even if all of this were unequivocally true, many other states do all of this and more, and suffer far less public outcry.

This includes Britain and the United States, who were responsible for the deaths of up to 18,000 civilians in Afghanistan. (Their deaths, of course, were no less gruesome than those of the 1,400 civilians in Gaza. Even if they were less photographed.)

All of this returns us to the reason why Israel was established in the first place: to provide Jews a place from which they could defend themselves against those who hate them.

Depressingly, it seems that this need is as urgent as ever.

So here’s a note to pundits. Next time you talk about anti-Semitism on TV, don’t let it hide behind the human shield of “criticism of Israel”.

About the Author
Jake Wallis Simons is an award-winning British journalist and novelist. He writes extensively about international affairs, particularly the Middle East. His novel The English German Girl, which is about the Kindertransport, is published in Israel as Girl From Berlin.
Related Topics
Related Posts
Comments