The Blogs
Richard A. Lopchinsky
Apply for a Blog
Advertisement
Please note that the posts on The Blogs are contributed by third parties. The opinions, facts and any media content in them are presented solely by the authors, and neither The Times of Israel nor its partners assume any responsibility for them. Please contact us in case of abuse. In case of abuse,
Report this post. 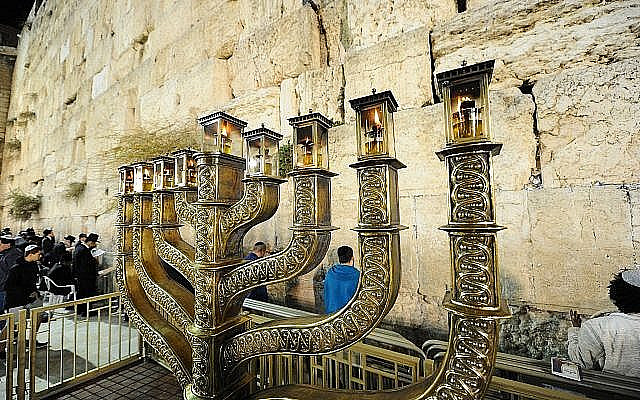 I write as the Chanukah lights begin to fade but I hope the message of Chanukah will continue to burn brightly and illuminate my Jewish brethren.

Three hundred plus non-Orthodox clergy wrote an open letter condemning the 11 percent of Israeli voters, and their representatives, who expressed their strong feelings of connection to the Torah and the land of Israel. Their letter contains misrepresentations and exaggerations about possible legal changes the parties would like to achieve. I could challenge each of their points but I’d rather point out the irony of their letter appearing during Chanukah.

The holiday of Chanukah does not represent a rebellion of Jew versus Greek. When one delves into the true nature of the holiday one realizes that the holiday represents the victory of Torah Judaism over the Hellenistic (assimilated) Jews and their Greek supporters. At the time, the High Priesthood was bought from the Greek overlords, the Temple treasuries were emptied and idol worship replaced the Torah mandated services. Jews were prohibited from observing the Sabbath and from performing circumcision. This was done to assimilate the Jewish people into the Greek culture and eliminate the Torah.

So when these clergy that don’t recognize the Jewish traditions and laws that have kept the nation alive for over 3000 years as God given, they place themselves securely in the Hellenistic camp. Jewish identity to them is self-defined, not God defined. LGBTQ rights to them are more sanctified than the Biblical definition of man and woman. An unelected, leftist appointed Supreme Court is more entitled to its own whims than the representatives of the people. Giving Palestinians the “right to vote” when the majority want to elect the terrorists from Hamas and regularly declare their rights as “from the river to the sea” is more important that securing the Jewish land for the Jewish people. And finally, they find freedom of speech more important than expelling an Arab Israeli “citizen” (who is not a citizen but a permanent resident) who is an avowed terrorist.

They can self-declare their values as Jewish and democratic but the reality is their values do not conform with the true Jewish, Torah defined values for which the Maccabees sacrificed their lives 2000+ years ago and for which many generations since have sacrificed. The battle lines are clear. I beg you to introspect and decide whether your values are really Jewish (and even democratic on a rational level.)

About the Author
Strong religious zionist background: First trip in 1963 - bar mitzvah, spent a summer volunteering at Hadassah in 1970, spent a year in Yeshiva in Jerusalem in 1971-72, parents made aliya in 1979, Tried to make aliyah in 1983 but was told I wouldn't fit into the system (after completing a fellowship in Memorial Sloan Kettering Cancer Center) Professional: Board certified in general surgery, private practice in Manhattan for 28years, the Chief of the ENT / Head & Neck Service at the Phoenix VAMC, Clinical professor of surgery at Univ of AZ-Phoenix for 8 years. Finally made Aliyah in 2016 to work in Rambam. Licensed and Board certified in Israel Hobbies: Skiing, Hiking, Creating
Related Topics
Related Posts
Richard A. Lopchinsky