It is spring, a time of renewal.

This weekend, Jewish people around the world will celebrate the Festival of Pesach (Passover) while most Christians will observe Easter. Pesach is described as our festival of redemption; Easter is a time of salvation.

“Liberation” is a synonym for both of these terms. Perhaps recognizing that will help us identify the commonalities between the two sacred seasons and we might discover that there is a universal message that transcends particular religions or even religion altogether.

Despite the history of tension between the two communities at this time, what Jews and Christians are celebrating overlap in significant ways. 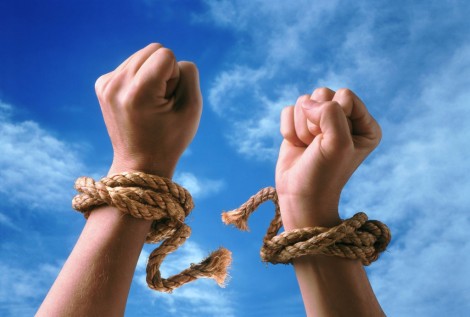 The story of the Exodus from Egypt is a magnificent saga of the release of an enslaved nation from their bondage. After more than 200 years in slavery, every Jewish person must have been unable to imagine freedom – but it came. Rabbi Irving Greenberg wrote, “The freeing of
the slaves testified that human beings are meant to be free.” He says that the purpose of recounting the story every year is to remind us that human beings are supposed to live with dignity and to overcome oppression. In the Biblical narrative, liberation came as a combination of the human effort and divine intervention. God waited until the Jews
themselves rebelled before He took them out of Egypt to their freedom.

Both the Hindu leader, Mahatma Gandhi, and the leaders of the American Civil Rights Movement saw in the Exodus story a paradigm for liberation for all. Mahatma Gandhi said, “If you want there to be change, you must be the change.” He referred to the story of the Egyptian midwives, who began the revolution that led to liberation. It was two simple women who defied Pharoah’s orders to kill the baby boys. The path to liberation begins with small acts of rebellion.

Martin Luther King described Gandhi as a modern day Moses and said that he learnt from the Exodus story that the oppressor never voluntarily gives freedom to the oppressed. We need to pave the way for our own redemption.

The Easter narrative focuses on the miracle of Jesus’ resurrection but the core message of the story is hope. Jesus taught Christians that they needed to give sustenance to the poor, dignity to the oppressed and liberation to the prisoner. He proclaimed that there would be a better world in which poverty, cruelty and even illness would be overcome. Just as the Exodus story tells us that one need not accept the situation into which one is born – things can and will change for the better – Jesus promises that each individual can find salvation. The road to salvation, though, is through our own efforts.

According to Christian tradition, the night before his crucifixion, Jesus celebrated the Passover meal, meaning that the two events are inextricably linked in Christianity.

Each spring, we are able to contemplate with awe the rejuvenation of the natural world. Winter looks bleak in many parts of the world. It was reasonable for our ancestors to see the renewal of life as miraculous. The sacred narratives of both Pesach and Easter teach us that human beings, too, will be renewed from their bleak situations.

Although the terms “redemption” and “salvation” are specifically linked to a religious experience, the idea of “liberation” can be comfortably adopted and promoted by all. In both the Christian and Jewish sense, “liberation” is not a passive response to one’s circumstances but a call for action. When things are not as they should be, we must not accept that the situation is inevitable or irreversible but must take responsibility to make the world better.

Many Christians struggle with the resurrection story; many Jews are skeptical about the miracles performed in Egypt and at the Red Sea. Despite that, these epic stories, these sacred narratives, are a powerful means to convey the key messages of their respective religions. There is great wisdom in sharing them from generation to generation, each spring, as the world is renewed.

Peta Jones Pellach is a fifth generation Australian. She made Aliyah in 2010 and took up her position as Director of Educational Activities for the Elijah Interfaith Institute. She has visited places as exotic as Indonesia, India, Iceland Poland and Morocco to participate in and teach interreligious dialogue. She is also a teacher of Torah and Jewish History, a Scrabble fanatic and an Israeli folk-dancer.