What’s with the media’s bizarre obsession with body counts as a cruel metric of an awful conflict? Perhaps the reporters are spending too much time on rotation for the sports pages where everything comes down to numbers?

I don’t know why they do this. It might be because they feel a human life is something society holds to be of universal value, and therefore the loss of life is the ultimate measure of the damage to each side of the conflict. After all, no-one wants to be accused of valuing some lives more than others, which is tantamount to being called a racist.

But this is not as simple as it sounds. After all, each sides have a very different perspective on the value of a human life. Hamas and other Islamic groups have a culture that celebrates martyrdom and death. Nevertheless, just because they themselves put a low price on their own lives, does not give observers like the media to do the same. In our workplace, we have a rule: we set our standard of behaviour independently of that of our customers. If a customer is rude to us, that doesn’t give us the right to lower ourselves and to be rude to them. And so the media may feel it must maintain a higher standard with respect to the value of any human life.

Unfortunately, this approach distorts and hides many aspects of the conflict.

1. They don’t tell the whole story. There is far more damage done to each side than just the loss of life. If Iran launched a nuclear missile against Israel, and it missed and fell “harmlessly” into the Mediterranean, does that make it less of an act of war? Are thousands of rockets that cause less loss of human life that could usually be expected, but instead cause immense and long-lasting psychological damage to a huge number of civilians in the strike zone any less of an act of terrorism? So is it reasonable to measure this purely in terms of fatalities?

2. The war is asymmetric in nature, and each side fights with different weapons. Israel’s weapons are conventional, and able to target as accurately as possible, and the military operate by rules for assessing the risk of collateral damage on any given target before getting authority to proceed. The Palestinians use the weapons of guerilla warfare – crude rockets that are fired at random toward civilians, and suicide bombers who walk on buses full of women and children. How can we compare the relative outcomes of these two methods of fighting a war?

3. Each side has different measures of success. This is the kicker – Israel want to minimize damage to her citizens, but the Palestinians are comfortable with large number of casualties because they help them continue to position as the victims in the conflict. They have no qualms about using their own as human shields by putting military apparatus in residential areas. And if there aren’t enough real victims, they fabricate photos of victims from other conflicts or stage for the media.

Now wonder we see obscene articles from the Economist that take a Big Mac Index approach to the conflict at large, juxtaposing statistics in a highly contrived effort to paint a picture that does not reflect reality. This is statistics gone bad in a big way.

Would it be reasonable to have a scoreline like
Tiger Woods: 64; Liverpool: 3 ?

If numeric comparisons can be made, perhaps it should be between the collateral damage rates by Israel in Gaza and those by the US in Pakistan. Those are two examples of Western countries fighting against terrorists in civilian areas, and would likely show Israel as using best practice when it comes to respecting non-combatants who are caught in the conflict.

In any event, the body count game should be consigned to the statistical trash bin, where it belongs.

About the Author
David is a public speaker and author, an experienced technology entrepreneur, strategic thinker and advisor, family office principal, philanthropist and not-for-profit innovator. Based in Melbourne Australia, David consults on high net worth family and business issues helping people establish succession plans, overcome family conflict, and find better work/life balance. He is an adjunct industry fellow at Swinburne University, with a focus on entrepreneurship. David incorporates his diverse background into his thinking and speaking, which cuts across succession planning, wealth transition, legacy, Jewish identity and continuity. He is passionate about leadership, good governance, and sports. David is married with five children.
Comments 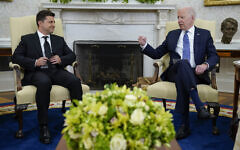 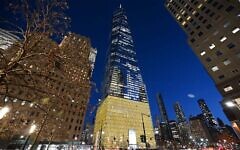 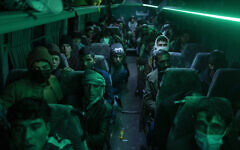