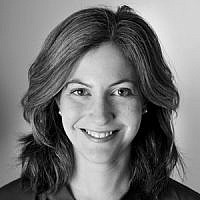 Ariel “Sharon’s tough-minded stances, marked by surprise shifts over the years, resulted in a panoply of opinions about his legacy, seemingly untempered despite his having been out of the public spotlight since suffering a stroke in 2006,” observed The Los Angeles Times shortly after the former Prime Minister’s death.

Countless views about the late leader have appeared in the both Israeli and international press.

While strong and differing views are legitimate and many (not all) may be worthy of coverage, factual errors have no place in either the news or opinions pages.

Unfortunately, in the days since Sharon’s passing, numerous false claims about Sharon have tainted coverage in major news media outlets.

Falsehoods were not limited to Iran’s Press TV, which unearthed long ago debunked bogus quotes attributed to Ariel Sharon, such as “We, the Jews, control America” and “Even today I volunteer to do the dirty work for Israel, to kill as many Arabs as necessary, to deport them, to expel and burn them . . . ”

An op-ed today in The New York Times also attributes ambitions of ethnic cleansing to Sharon, although it doesn’t bother with a supporting quote, real or otherwise. Ali Jarbawi, a political scientist at Birzeit University and a former minister of the Palestinian Authority, alleges that Sharon “wanted an ethnically pure Jewish state from the Jordan River to the Mediterranean Sea” (“The man who made peace impossible”).

And basic factual issues are only modestly more reliable in the esteemed Gray Lady as opposed to the rabidly anti-Israel Iranian outlet. For instance, in an outright factual error which must be corrected, Jarbawi writes in the Times: “In 2000, he entered Al Aqsa mosque in Jerusalem, a holy Muslim site, which triggered the second intifada.” In fact, Sharon had visited the Temple Mount, Judaism’s most sacred site, and the plaza upon which the mosque sits. He did not “enter” the mosque.

In a second blatant error which the Times must correct, Jarbawi falsely states: “When he decided to withdraw from Gaza, Mr. Sharon was able to retain absolute Israeli control over the terrestrial, aerial and maritime borders of the Gaza Strip. . . ” Times editors apparently overlooked the fact that Egypt, not Israel, controls its land border with the Gaza Strip.

Other media giants are equally guilty of getting the facts wrong. Rivals Fox and CNN both have yet to correct the false claim that Sharon entered the Al Aqsa mosque.

Another American news outlet, on the other hand, commendably set the record straight after it incorrectly claimed that hundreds of civilians in Sabra and Shatila refugee camps “were killed by Israeli soldiers.” Following communication from the media watchdog CAMERA, New York Magazine editors corrected the text, attributing the killings to a “Lebanese Christian militia.”

On the other side of the Atlantic, British media outlets have also been straying from the facts. The Observer, a sister paper of the Guardian, published an op-ed by Peter Beaumont also referring to the Sabra and Shatila massacres, stating “Israeli forces allowed Christian Phalangist militiamen into two refugee camps in Beirut to slaughter hundreds of Palestinian refugees . . . ” A full reading of the Kahan investigation into the massacre, a report to which Beaumont himself refers, provides not a shred of evidence that Israeli forces permitted the Phalangists to enter the camps in order “to slaughter hundreds.”

To the contrary, the Kahan report found that accusations that Israeli authorities had prior knowledge that the Christian troops would massacre the Palestinians are “unfounded. . . No intentions existed on the part of any Israeli element to harm the non-combatant population in the camps.”

Partisans will inevitably cite selectively in accordance with their needs. Some will engage in agitprop, willfully distorting. Mr. Jarbawi, the PA official-cum-New York Times contributing writer, apparently feels the need to paint Sharon as a warmonger, as the “man who made peace impossible” as the headline puts it, perhaps to deflect responsibility from the blood-stained hands of his own leaders. Thus, Jarbawi blames Sharon’s visit to the holy site for “trigger[ing] the second intifada” despite abundant information to the contrary.

As an op-ed writer, he has the luxury of ignoring the many revealing statements of his former colleagues at the PA, such as that of communications minister Imad Faluji, “Whoever thinks that the intifada broke out because of the despised Sharon’s visit to the Al-Aqsa Mosque, is wrong, even if this visit was the straw that broke the back of the Palestinian people. This intifada was planned in advance, ever since President Arafat’s return from the Camp David negotiations, where he turned the table upside down on President Clinton… [Arafat] rejected the American terms and he did it in the heart of the US.”

For the moment, the Gray Lady’s needs apparently dovetail with those of Jarbawi’s, who has scored four op-eds in the coveted Times’ pages in the last three months.

But The New York Times must also recall also its commitment to uphold standards of factual accuracy, even in op-eds about the hated Ariel Sharon.

When the Internet and widespread public rhetoric on a controversial figure is so rife with egregious falsehoods, so polluted with blood libels, baseless accusations, and phony quotes, reputable media outlets have an added responsibility to fact-check and demonstrate accountability for errors. 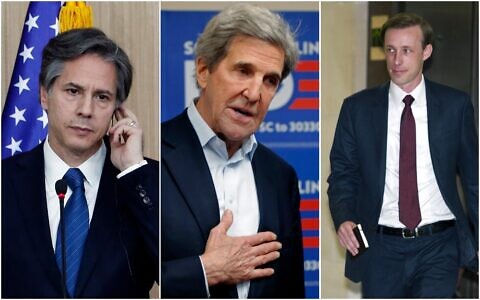 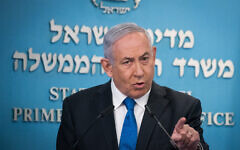 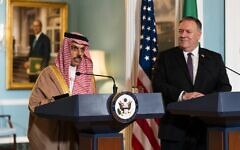 In threat to Iran, US sends heavy bombers to Middle East via Israel
Judah Ari Gross 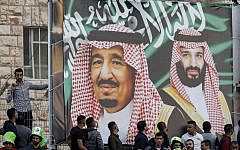 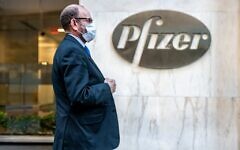