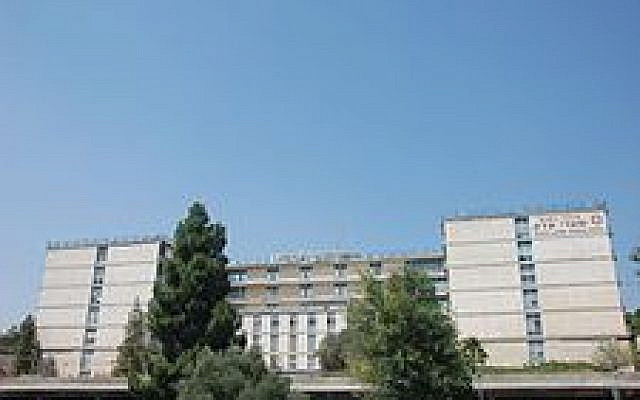 Life and death hangs in the balance in the waiting room at Shaare Zedek Medical Center in Jerusalem. But I’ll tell you a little secret I learned today: so does romance.

Like when the man with wispy grey hair and a long beard and a cane sat next to the woman with hair as white as snow.

I could see him casting side-long looks in her directions.

And when he wasn’t looking, I could see her gazing at him.

He shuffled his feet.

She cleared her throat.

Finally, he started: “so why are you here?”

“Oh just trouble with my kidneys. Nothing serious,” she said. “You?”

“Just the old heart acting up a little,” he said. “But I’m going to be fine, Baruch HaShem.”

“I guess at our age these things happen,” she said.

She giggled, and for a second she LOOKED like a kid. “How old do you think I am?” She asked.

“Well, I do yoga,” she answered and blushed.

“So, are you vaccinated?” He asked.

They lowered their masks and smiled at each other and spent the next twenty minutes sharing pictures of their grandchildren.

The nurse called him in for his EKG.

The man wrote his phone number down on a little piece of paper and handed it to the woman.

She wrote down hers and handed it to him.

The nurse laughed and patted the man on his back as he led him off for his EKG.

The woman looked down at the note in her hands and smiled.

Anyway. This was the last thing I expected to see waiting in the ER in Jerusalem, and I thought you should know.