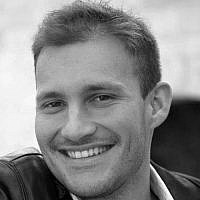 Hamas is a terrorist organization that values death and destruction. Hamas will not be satisfied until the Jewish state ceases to exist simply because the land is controlled by the Jewish people.In order to end the suffering, anxiety, and fears of all the Israeli citizens living in the south, the Israeli government must eradicate the terrorist infrastructure within the Gaza Strip.

A false hope of a ceasefire or an agreement with this violent extremist movement will only delay the inevitable which would be more rockets, more indoctrination and brainwashing of the Palestinians living in the strip to hate and destroy Israel, and more weaponry to be smuggled or manufactured with the help of Iran and other radical regimes in the Middle East.

Israel has enough security threats threatening the only Jewish state including the growing ISIS movement, which is overtaken Iraq and spreading their reign of terror to the Jordanian, Syrian, and Saudi Arabian borders, Hezbollah in the north with their missile arsenal which is much more sophisticated and advanced than Hamas, and the Al Qaeda presence in the Sinai desert which threatens both Israel and the Egyptian government. The greatest threat of all is the Iranian nuclear threat which is slowly being completed every day while the Iranian regime funds and trains the radical Islamist organizations throughout the Middle East.

Israel must ensure that today’s terror will not become tomorrow’s nightmare. Hamas flourishes on their ambition to retake the land of Israel from the Jews while destroying any Jewish presence in the entire land of Israel. The Iron Dome is not the proper cure of dealing with the Hamas movement, thousands of innocent Israelis who just want to live a normal life are captive to the sounds from the rocket sirens. The Iron Dome will only save lives while not removing the source of the problem which is the Hamas in the Gaza Strip.

Hamas now has rockets that can cover most of Israel. Everyone living within Israel has to deal with the very real possibility of an incoming rocket. Hamas uses their own Palestinians as human shields to destroy Israel’s image abroad framing the IDF as war criminals and butchers while the Israeli army takes every precautionary measures to save Palestinian lives.

However, Hamas has not and will not break Israel’s spirit. There was a wedding which I attended in Bet Shemesh, the very first day of the conflict. A South African Jew marrying a Yemenite Israeli while overhead, the Israeli air force flew towards the Strip to protect their lives and the lives of the entire nation of Israel. During their moment of joy and celebrations, Hamas launched a rocket in the area which resulted in everyone cowering in fear. At the end of this ordeal, everyone got up and resumed their joyous evening. That is the Jewish spirit which Israel thrives on- Jews value life and happiness while Hamas values death and chaos. Israel uses their armed forces to protect their citizens while Hamas uses their weapons of destruction to destroy their people.

Painful and hard decisions lie now for the Israeli government but the only way to ensure a victory is to demolish from within the intricate terrorist infrastructure. The Israeli government will always try to minimize civilian casualties even though the Hamas has embedded itself within the civilian population. A ground operation is crucial and should be launched to destroy the weapons of doom while taking out as many terrorists as possible.

Hamas must be destroyed for the sake of the Israeli and Palestinian people who wish to have a normal peaceful life. Am Israel Chai and may the IDF go from victory to victory while upholding the honorable and righteous values of the Jewish people.