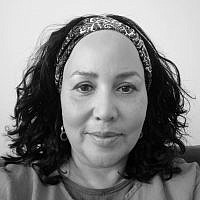 This article is dedicated to and inspired by my friend’s daughter, Miriam bas Mordechai Moshe Aaron. Mia, as she was known, died 2 months ago at the age of 20 as a result of mental and physical health complications; a direct result of earlier sexual trauma. It is also dedicated to Shifra Horowitz and all others who died, at any age, because of sexual abuse. It pains me that our community did not support you enough.

In Part 1, we read about how Chaim Walder used our trust to gain access to and sexually abuse so many victims, initial responses from prominent rabbis when this went public, and of the contrast decades earlier when rabbis learned of Carlebach’s sexual crimes. We began reading testimonies of victims of Carlebach as interviewed by the author and as appeared in Lillith magazine.

Now, we will read of why the author is writing on this topic, gratitude we owe to Lillith magazine, more testimony of victims, and who played a significant role in the perpetuation of Carlebach in our synagogue other community spaces, despite the pain it was causing victims.

Why I’m Writing About This

My goal in writing about Shlomo Carlebach as sexual abuser, is to help evolve synagogue, other Jewish community spaces, and even homes in Israel and abroad, to be inviting, safe, supportive and thus healing places for victims and survivors of sexual abuse. I want all our meeting places for prayer, spirituality, learning and inspiration, to be as they should be; true dwelling spaces for G-d. I am unwilling to accept that holiness or the pursuit of holiness, harms.

Some Claims of Objection

A few, yet very vocal, Carlebach defenders, can be found on Social Media claiming the testimonies of victims which appear in Lillith magazine are not credible. Most prominent of these defenders is someone whose comments could lead one to believe he is on a mission to discredit every woman who speaks out about having been sexually abused by Shlomo Carlebach. He employs many falsities including changing the testimony of victims, to reach his aim. I was even forewarned by one of the victims I had interviewed and others, to expect this individual to show up in the comments section of my articles, to discredit victims. Can you imagine how fiercely hurtful and distancing from Judaism it can be for victims, that sometimes this person’s name can be seen preceded with the title “Rabbi”?

Others claim victims’ testimonies in Lillith, are not credible since the magazine is of a liberal orientation.

I reached out to Shana Aronson of Magen for Jewish Communities, a leading advocate and expert on sexual abuse, for comment on this. Her response was:

“We owe Lillith magazine much gratitude. Those that have ignored or tried to discredit the investigative work done by Lillith magazine on the basis of the fact that they are too liberal, are being just as foolish and just as shortsighted as the people who initially discredited the Chaim Walder investigation by Haaretz newspaper, because it is too far left wing or too liberal. The fact is that those who are invested in disbelieving allegations will always find a reason for which to do so.”

“Rabbi Goldie Milgram was 14 years old when Shlomo Carlebach was a guest at her United Synagogue Youth convention in New Jersey. He was hosted by her parents at their home. Late that night they passed in the hallway. “He pulled me up against him, rubbed his hands up my body and under my clothes and pulled me up against him. He rubbed up against me. I presume he had an orgasm. He called me Mammele”.

“Marcia Cohn Spiegel of Los Angeles has studied addiction and sexual abuse in the Jewish community and has spoken to some 60 groups through Brandeis University, the University of Judaism, the Havurah Institute, along with many Jewish women’s organizations, synagogues and Jewish community centers. She doesn’t mention Shlomo Carlebach at all in her talks, she told Lilith. Following such talks, women have approached her, even in the women’s bathroom, to pour out their own stories. Spiegel says that they were “not seeking publicity or revenge, but coming from a place of shame and isolation.” Consistently through the years women have come forward to share their stories explicitly about Shlomo Carlebach

In a letter, which Spiegel made available to Lilith, she states that in the last few years, a number of women in their 40s have approached her “in private and often with deep-seated pain” about experiences they had when they were in their teens. “Shlomo came to their camp, their center, their synagogue,” she wrote, “He singled them out with some excuse…getting them alone, he fondled their breasts and vagina, sometimes thrusting himself against them muttering something, which they now believe was Yiddish.”

Rabbinic Response and its Consequences

It’s known that before he died, throughout much of his career, many people knew or heard of his sexual behavior with girls and young women. He nonetheless continued to be invited to synagogues, camps, and communities. This provided him with additional opportunities to sexually abuse more girls and women.

As sexual abusers do, Carlebach deeply wounded these people.

After Carlebach’s passing, it became even more evident that public reference to and glorifications of him were pouring salt on these women’s wounds. Many of them cried out from pain, pleading and protesting to stop honoring Carlebach. Even three years after his death, after publication of the Lillith article containing concrete testimony from victims, Orthodox rabbis barely responded.

The main role of a rabbi is to lead by teaching us how the Torah wants us to behave; to teach us Halacha (Jewish law), even rebuking those harming others, if need be. Certainly, there are relevant halachot that would have supported victims, and informed the community how to respond. Yet, rabbis did not seek to clarify and teach us this.

In this ripe-for-anarchy environment, which in their passivity the rabbis created by abandoning the victims as well as their responsibilities to the public, vocal Carlebach defenders were empowered to accuse the victims of being mentally unstable. Others, clearly uneducated of the effects of trauma and the reality of delayed disclosure, discredited the women on the basis that they didn’t speak out closer to the date they said the abuse had occurred. Many claimed that since Carlebach was not able to face his accusers in a court proceeding, he should be presumed innocent.

Emboldened by the silence of rabbis, Carlebach supporters and others became victorious in bullying the victims into silence. And so, in our communities, Carlebach continued to metastasize.

The writer can be contacted for comment or collaboration to further this cause at malkalevine2.0@gmail.com.

Survivors of sexual abuse, if you are feeling triggered or distressed in any way, please reach out to your support system. You are not alone! There are people and organizations who care deeply about you. Below are two such organizations. Please don’t hesitate to reach out to them.