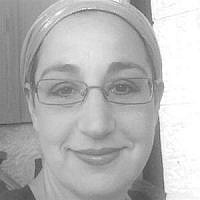 The Blogs
Amanda Haymond
Apply for a Blog
Advertisement
Please note that the posts on The Blogs are contributed by third parties. The opinions, facts and any media content in them are presented solely by the authors, and neither The Times of Israel nor its partners assume any responsibility for them. Please contact us in case of abuse. In case of abuse,
Report this post.

It happened to me too.

I dressed up, did my hair and put on my makeup. And I went to the club.

At the club, I drank. I drank because that is what I did. And I danced.  Because when I drank, I danced.

We got to their house. There was some sort of party going on. We didn’t join. We went straight to his bedroom. Because, come on, let’s face it.  I was there to pursue my intentions.

We lied down on his bed. Maybe we kissed. Maybe we took off our clothes. I don’t remember.

I could not move.

I waited. Waited until the room stopped spinning and my body stopped being heavy. Until I could move.

I called a friend.

I didn’t know. I went to a bar alone. I drank. Alone. I got drunk. I picked up some guy. Because that is what I did.

And he did not stop.

I was raped. It was not violent. He didn’t coerce me to his house. I went willingly. With the intention to have sex with him.

But I still didn’t know.

I blamed myself.  I asked for it.

He probably didn’t even know he raped me.  I came over, right? I was in his bed, right?

Rape is when you have sex that you don’t agree to.

Today, it is my anniversary. 16 years with out a drink. Or a drug. 16 years of not going to bars.

It is not what I do.

It was not my fault.

I am not to blame.

About the Author
Amanda is a mother of five children, who has recently relocated from Israel to Canada.
Related Topics
Related Posts
Comments