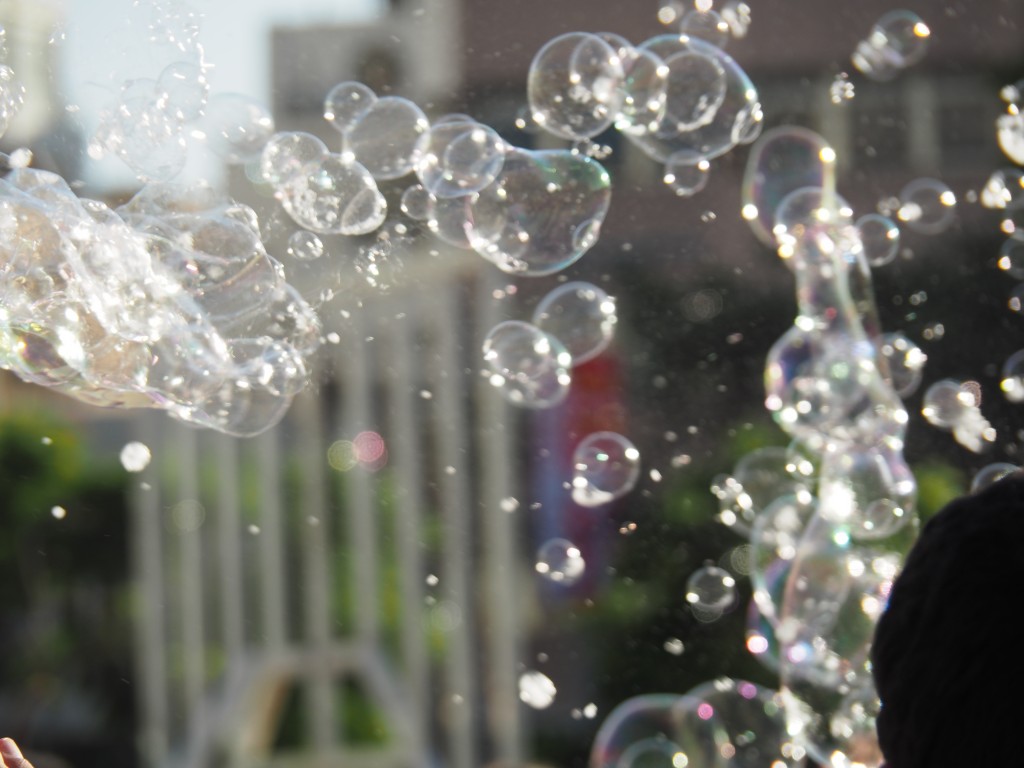 I had my first beer at a small bar called “Nikui Rosh,” which literally means a “head cleaning.” It was a small dive not far from the old central bus station, where the owner had no qualms serving foamy Goldstar half-liters to fifteen-year-old kids. Their claim to fame was that they were “Tel Aviv’s second best bar.” I always liked that. It was honest because it was clear that this tiny little hole-in-the-wall bar that played Israeli bands like “Eyfo Hayeled” on loop was not Tel Aviv’s finest drinking establishment. Far from it. They were honest, however, and we appreciated it. I miss that place. I could use a good head cleaning these days. Our first nightclub was a place called “The Coliseum,” which is now a strip club called “The Pussycat,” I think. It’s a round structure at the corner of Ben Gurion Boulevard and Ben Yehuda Street. They played the worst pop and disco music and the crowd was an assorted collection of arsim from Bat Yam and Holon, or worse, Beer Sheva. We’d tumble out of that place smelling like an ashtray and walk along the boardwalk looking for trouble. We hardly ever found any. Instead, we found cabs and argued about the fare, since all the cabbies tried to rip us off. Saturdays never started before noon. My film education came at the old movie theaters that no longer exist. The old Esther theater, Dizengoff theater, and the list goes on. Classics like “Cinema Paradiso” or “Reservoir Dogs” were seen in what is now a hotel or an abandoned building. We used to make the trip all the way to “The Third Ear” to try and find some old New Wave Film on VHS that our local video store didn’t carry. The Third Ear still exists, but long gone is my insatiable curiosity to discover cinematic gems. Friday afternoons were spent at some café on the beach near Jaffa and the Dolphinarium. Cold Goldstars were served while we smoked cigarettes and talked about the kind of movies we’d make, the kind of books we’d write, or the kind of art we’d create. The possibilities were endless, or so we thought. The army was looming over our heads along with the bursting of our collective bubble. My first taste of sushi at that place on Ben Gurion Street with Arkady Duchin sitting two tables over. “Hachaverim Shel Natasha,” (“Natasha’s Friends”) was quite possibly the greatest band that ever came out of Tel Aviv. I should have said hello. I’ve always regretted it. I can still listen to that album and I’m right back in Tel Aviv, no matter where I am in the world. Sushi is ubiquitous here now and even my five year old loves it. Back then, there were only like two places. I came back to Tel Aviv in 2007 and swore that I would never leave my city again. I was sharing a Bauhaus apartment in the old North (that’s why they call it the White City — Tel Aviv has thousands of Bauhaus apartments) and paying next to nothing. It was a two bedroom and we paid approximately 1,200 NIS each. Recently, a co-worker told me that she was renting the same apartment and even though no renovations had been made, she was paying four times that now. 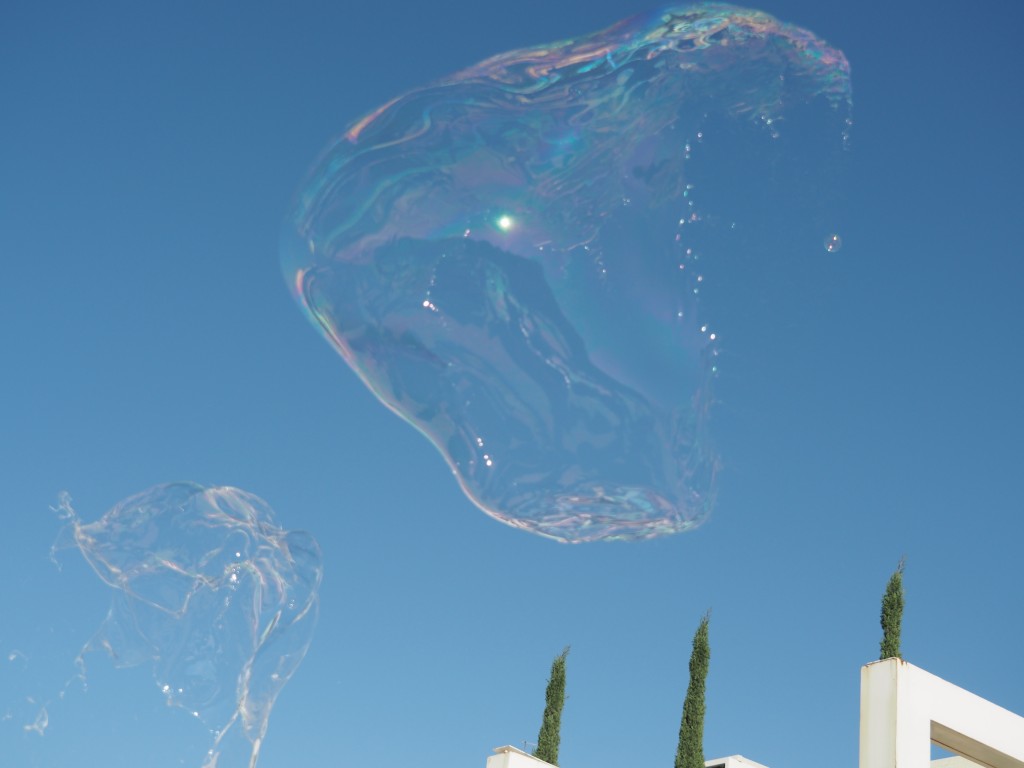 My wife and I, before we had our son, would walk around Neve Tzedek, before the Old Train Station complex was finished and before hundreds, sometimes thousands of people, swarmed in on the weekends and made the place so unbearably loud, so unbearably crowded that we stopped going. 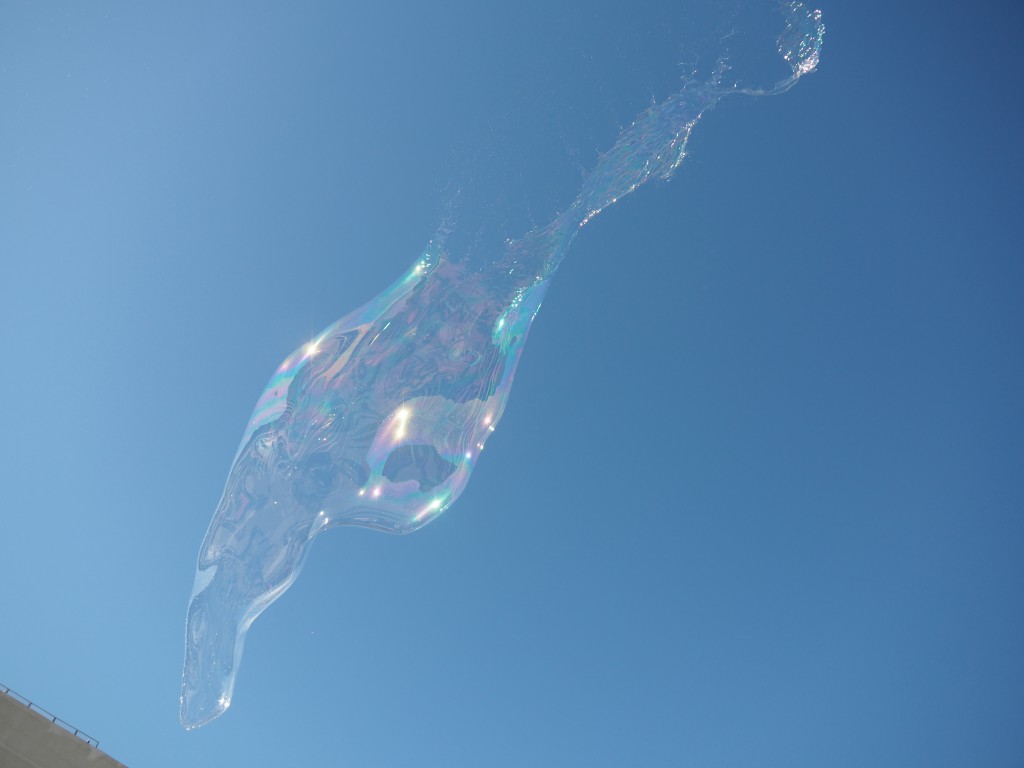 I swore to my wife that I would never live anywhere but Tel Aviv. It’s the greatest city in the world. I still think so. But Tel Aviv no longer has room for people like us anymore. It is too expensive, too pretentious, too unaware of its own bubble. But the bubble has burst. A few Fridays ago we took our son to an event at HaBima Square. They had spent years renovating that beautiful national theater and the courtyard out front where Rothschild meets Ben Tsion Boulevard and it is breathtaking in its beauty. I hardly recognized it with its colorful flower beds and shimmering decorative pool. It was a free event, posted on Facebook. Come on out on a Friday afternoon and blow some bubbles. It was all of us out there, now grown up. All of us Tel Aviv kids who had grown up and have had kids of our own, all blowing enormous bubbles into the air while “Eifo Hayeled” was playing. I watched those long bubbles float through the air and the joy in my son’s eyes as he chased them down, just to karate chop them into a million little specks of burst bubble. My Tel Aviv bubble has burst, that’s certain. I no longer have that desire to discover obscure French filmmakers or dive bars near the Central Bus Station. Tel Aviv is too loud, too expensive for me. Tel Aviv is one giant clusterfuck of trying to find parking and getting stuck in traffic. It is one giant clusterfuck of hipster assholes with beards and eclectic cafes with bicycle wheels on exposed brick walls. Tel Aviv is ridiculous to me now and even though my bubble has burst, completely and utterly in my face, I hope that this once beautiful, magical bubble that helped form so much of my life’s philosophy when I was a teenager floats around long enough for my son to enjoy it. Without that bubble, I’m afraid we won’t have anything left to admire and hang on to in this country.