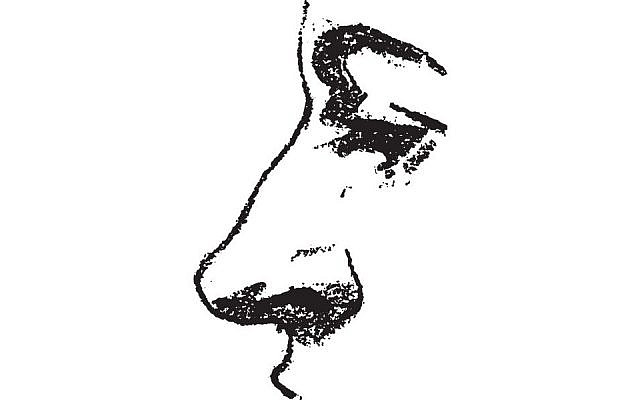 Psychologist Jordan Peterson has made more than a few enemies by asserting that hierarchies, while imperfect, are a necessary fixture of our lives. Some of his critics, rightly concerned about those who are marginalized at the bottom of the hierarchy, deem these structures relics of the ‘oppressive patriarchy’. Peterson disagrees, reminding them that hierarchies are operative in the animal kingdom, even in the lowly world of lobsters; their function, therefore, may be foundational to social organization.

What does Judaism have to say on this issue?

In Hebrew, the word for ‘me’, ani, sounds exactly like another Hebrew word: ani is a poor or impoverished person. So here’s a question: when G-d, Himself, speaks in the first person, what word does he use? Surely not a word that also connotes poverty!

The answer: we read in the Torah: ‘I am the L-rd, your G-d’. The word we read, anochi, is the regal ‘I’. Rabbi Asher Crispe points out that, with slightly different punctuation, this word shifts meaning: we get anachi, ‘verticality’. When G-d comes on the scene he introduces verticality to the world, bringing the idea that some actions are sanctified; others, not. In fact, the hierarchy is your ladder out of a kind of spiritual poverty (ani), to true selfhood (ani).

Peterson, therefore, has rabbinic approval when he cites the importance of – and the trouble with – hierarchies. We need them so we can target ways of improving the world and our lives. After all, we don’t want to live in an unchanging present.

But hierarchies necessarily leave some individuals impoverished and disenfranchised. The Torah chastises constantly: care for the widows and orphans, tithe and give produce to the poor, welcome the strangers in your midst. The less advantaged, we are told, ought to be our concern.

The implication: we must set our sights high… and low. Reach for the stars! And prioritize the needs of the less fortunate. Can we multitask? Can we bear that paradox?

Kabbalah characterizes both orientations along two axes: vertical and horizontal. To illustrate, the rabbi brings our attention to the human face. The eyes and the ears, placed on the two sides of the head, draw our attention to the horizontal axis.  The mouth, too, occupies that axis. That axis connotes the priority of equality or balance.

The nose, in contrast, corresponds to verticality. Jewish sources teach that the olfactory sense is unique. It cannot be rendered impure. We can be tainted by what we hear, what and how we eat, what we look at, what we touch and even what we say. The nose, though, will not be corrupted. It bears the stamp of Heaven.

Remember, this is the organ that received the Divine breath when Adam was created. We use this organ to assess whether foods are spoiled or dealings are shady. The world of verticality, then, gives us the ‘whiff test’ to help us adjudicate so we can make differentiations/negotiate the hierarchy. Interestingly, in Jewish law, identity is established via the nose, the place where verticality is expressed in the face. If the nose can’t be seen, a body cannot be identified.

The bottom line: we have to bridge two major concerns in life: Equality, yes. Also, the hierarchy. We must pursue both destinations and, in so doing, negotiate complexity. How can we be sure that equality and the hierarchy are important constructs that we must track? One rabbi would say its as clear as the nose on your face.

About the Author
Annette Poizner is a Columbia-trained clinical social worker who graduated with a Doctorate of Education in Counseling Psychology. Her work has been featured extensively in the media and in academic venues. She founded Lobster University Press, an imprint which explores the work of Jordan Peterson. Her books summarize Peterson's ideas and explore the intersection between his insights and Jewish wisdom. She also produces animations which relay some of Peterson's insights in short soundbites.
Related Topics
Related Posts
Comments