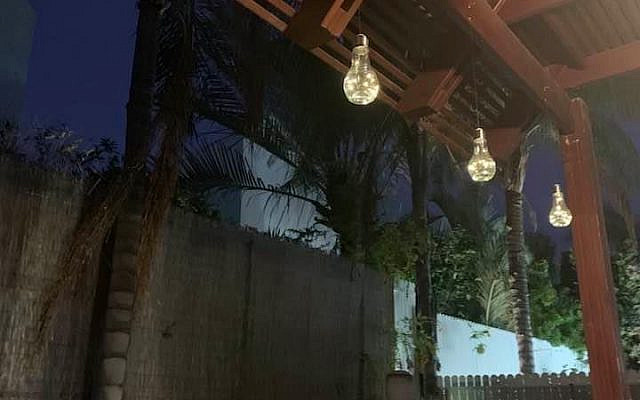 For some, lockdown means learning a new skill or language. For others it means trying to homeschool the kids while limiting oneself to 1 glass of wine only  (before lunch)!

For us, lockdown means extreme DIY. We’ve all but transformed our house and garden, like in one of those episodes of extreme makeovers, culminating in the dismantling of our conservatory by means of brute force, hammers and dog leads.

It all started when we awoke to find a litter of kittens huddled together on some old tarpaulin which had been discarded down the side of the conservatory many moons ago. It soon became apparent that a local stray had chosen to give birth there and so, not only did we provide a home for 3 dogs, but we now had a stray cat and her litter of 3 newborn kittens to add into the mix. Our dogs are not very keen on cats (to say the least) which made life very difficult. Each trip to the garden had to be carefully executed to ensure that the dogs remained either inside or were kept on leads. The conservatory became the ante room into which one had to venture with extreme care. While all this was going on, my husband cleverly erected some plastic fencing across the garden so that we could let the dogs out unsupervised. This flash of inspiration was short lived, however, as the next afternoon we heard a commotion and looked out to see our Jack Russel barking furiously at the kittens, along with our chihuahua who was joining in for good measure. At this moment, son number 1, seeing the commotion which was going on outside, flung back one of the dodgy conservatory doors (they could only be opened with extreme care) and ran outside to find the Jack Russel up close and personal with the mummy cat, who didn’t take too kindly to her kittens being threatened in this way. It wasn’t until he’d retrieved the dog, (who’d clearly come off worse) and brought him back inside that we realised that the dodgy door was now hanging off its hinges. Recriminations followed…son number 1 should have gone round the long way to retrieve the dog; who let the dogs out unattended in the first place anyway? ; the plastic fencing was never intended to keep the dogs away from the kittens…WHAT?!

As my husband, hands on hips,  assessed the damage by means of kicking the frame in various places while pulling at the glass, he declared it damaged beyond repair.

We’d have to replace the conservatory, supposedly at the same time as our old, knackered kitchen…the 10th of never. In the meantime, however, we’d have to jettison most of the garden as any sudden movements there could bring the whole thing crashing down.

That evening, as I bemoaned our misfortune, (as if it wasn’t bad enough that we were in lockdown, we couldn’t even go into our garden now) I mentioned to my husband, in passing, that I’d thought of a way to remedy the situation…by dismantling the conservatory. Well, that was all it took…the next morning, I awoke to the sound of banging and came downstairs to find my husband in the garden looking into the conservatory, hammer in one hand, screwdriver in the other. As soon as he saw me, he couldn’t wait to tell me all about his latest hair brained scheme! Having realised that the conservatory was built inside a wooden pergola, he’d decided to dismantle it himself! He’d always hated it as it served no useful purpose, too hot in summer and too cold in winter (he was right) plus this way we’d be able to walk straight out into the garden (also right). The idea was inspired (well, it was mine after all) and he’d have it down in no time at all with the help of the boys, one of whom would have to climb onto the roof to remove the ugly blue plastic sheet…What could possibly go wrong?!

At this point son number 1, an early riser, came downstairs. Before he could even say hello, my husband had recruited him in the execution of his plan. Before long, he too  was kicking the steel frame and pulling at the glass, while declaring that between the 2 of them, they’d have the whole thing down in no time at all! I was dispatched next door to ask if we could borrow some ladders, and returned with the oldest, rustiest stepladders I’d ever seen. The bottom rung had all but rusted away and the others weren’t far behind. I pointed this out to my husband suggesting that maybe they weren’t very safe. My concerns were brushed aside to murmurs of ‘S-mother’. And so, with a set of rusty stepladders, 2 screw drivers and a single hammer between them, they set to. My husband started at floor level by unscrewing all the screws, thereby displaying his prowess and strength as some of them were stuck fast and very hard to remove indeed. Son number 1, being the lighter of the 2 was set to work on the upper part of the structure as he stood on the carefully positioned garden table to reach and remove some small plastic sheeting which had been precariously stuck on for reasons which had always escaped us. Once these tasks had been completed without much ado, the heavy lifting began. At this point son number 2 appeared, demanding to know what was going on as he’d been woken up by all the banging. He was warmly greeted by my husband who explained what was happening. Fortunately for him, the destruction of the conservatory appealed to son number 2 who was eager to help…in his pyjamas! Together they all gazed at the now partially dismantled structure, hands on hips trying to work out the best way to remove the huge steel frames with the glass still intact. Son number 1 then  came up with an idea. It was madness. He fetched the dogs’ leads, tied them together and attached them to the frame. A ‘tug of war’ then took place between my husband and sons on one side and the huge glass door on the other. Once the door had been displaced my husband held it steady while both sons finished schlepping it off its hinges and it came free. Genius! This was repeated until all of the doors had been removed. By lunchtime the task had almost been completed, with no injuries! The only thing which remained to be done was the removal of the plastic sheet on the roof. Unsurprisingly, son number 2 beat a hasty retreat, saying that he had to shower and get dressed. Sensible boy.

I watched in horror as the rusty stepladders were precariously placed on top of the garden table. Surely this wasn’t part of the plan?! I couldn’t believe what I was seeing as I watched son number 1 climb onto the table and from there up the stepladders. As I screamed at him from inside to get down, he told me to stop being neurotic and said this was nothing compared to what he’d been required to do in his recent army training week. I nearly fainted! I peeped through my fingers and watched him finish what he and his father had started. The relief was indescribable when he eventually climbed down, unharmed and we admired our beautiful ‘new’pergola.

That evening, as we sat under our new pergola, toasting the successful execution of my inspired plan with a shandy, I flippantly remarked to my husband that, as he and the boys had been able to dismantle and remove a heavy conservatory, they’d surely be able to chop down the huge tree from next door’s front garden which had been blocking out our view of the sea (the lady who lives there for a few weeks of the year had agreed to this on her last visit, although I think she assumed that we’d employ professionals to carry out this complex task).

I should have learned to keep my mouth shut. The next morning I came downstairs to find my husband standing in next door’s front garden hands on hips, staring at the tree. As I looked more closely, I spied an old rusty saw on the table next to him alongside the dog leads. I shook my head in desperation, at which point son number 1, the early riser, appeared…I think you can guess the rest!