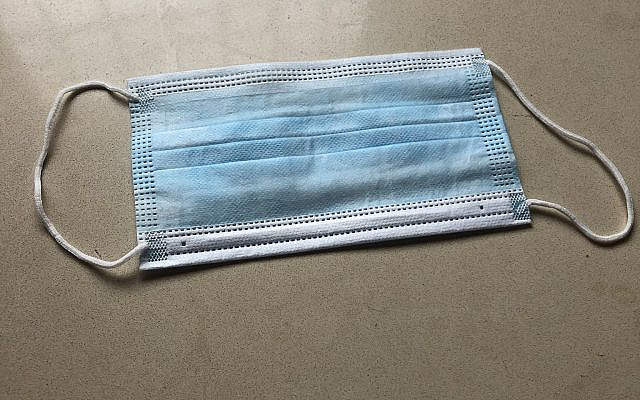 It’s just a year since the coronavirus alighted upon us, upsetting our way of life and causing us to abandon most of what we used to call ‘normal life.’

But what was ‘normal life’? For everyone it was something different, and hence for some people the restrictions and boundaries that were imposed on us were harder than they were for others.

Obviously, for parents of young children who were suddenly deprived of the school or nursery framework to which they had become accustomed the situation was far harder than it was for seniors like myself, and especially so if they were living in small, crowded apartments. During lockdown periods children were not even allowed to go outside to play, and that must have been dreadful for all concerned. And for the parents involved missing the stimulation provided by being in the work environment must have added to an already-heavy burden.

Older children, teenagers, and young people in general must also have had a very hard time. I remember my teenage years, when interacting with other people my age was all-important, whether it was in the classroom, the youth movement, at university, or in other social settings. The reflection of oneself that one finds in being in the company of other youngsters is what helps to define who and what we are, and being deprived of that inevitably leaves an immense gap in our social, intellectual and individual development.

For seniors like myself, however, the lockdown hasn’t really made too much difference. I’m lucky in living in a roomy house with a small garden, and have my OH with me. For much of my working life as a free-lance translator-editor I worked from home, and saw no hardship in that. In fact, when I started working in a major financial institution at a later stage in my life I found it quite hard to get used to. When I told my boss that I felt like a bird in a cage, he told me to go and walk or sit in the nearby park in my lunch hour, which I duly did. It certainly helped, and eventually I got used to going to an office and staying in it all day, and even enjoyed the company of my colleagues.

It has been a period in which we have turned in on ourselves, cutting down on outside activities and interaction with other people. I have divided my day into mornings for writing and afternoons for reading, with activities such as painting, gardening, playing the piano, as well as eating, cooking, baking, and watching TV and/or Netflix in between. OH has used the time to undertake various DIY jobs in and around the house, and I have certainly benefited from that.

There are few things I really miss in lockdown, and like most people, I have managed to get used to this. Not being able to go shopping myself no longer bothers me. On the contrary, I almost resent having to be in a situation where mingling with other people is unavoidable, and I try to time whatever excursion I find unavoidable to times when as few other people as possible are around.

We have managed to see some family members, including grandchildren, from time to time, whether outside in the garden or inside, weaking masks and keeping far apart. Until we had our second injection we did not indulge in hugging or kissing them, but since then we do (in moderation, of course). Being able to continue attending classes and meetings via Zoom is a boon, though something is nevertheless lacking, and I resent the tendency I see in every such setting for one or two people to dominate the meeting, no matter how hard the moderator or teacher tries to restrain them. But that’s human nature, I suppose, and that happens in every setting.

What I do miss most are concerts. I hear classical music on the radio all day, but there’s nothing like getting dressed to go to a concert, then sitting with like-minded people as we watch and listen to the orchestra giving of its best to perform wonderful music. Each time it’s a unique and matchless experience, and that is something that cannot be replicated with recorded music or even music performed live and broadcast.

So, roll on the easing of the restrictions on live performances of every kind! I’ll be the first in line to buy tickets.