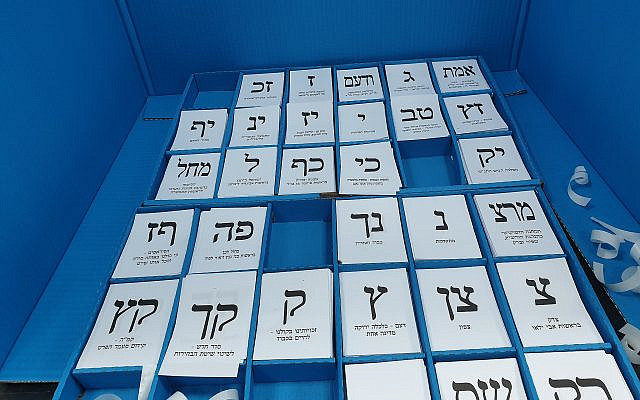 We’re back in the thick of things here ramping up for a third election cycle in a 12 month period. We’ll mark 10 years since making aliyah when we cast our ballots, precisely to the day. A doubly momentous day for my family.

Fear not, some politicians say, there will be a fourth round! And then news that Netanyahu, after winning the Likud primaries, again, has stepped aside as acting Minister of Health and reappointed Litzman, not a doctor, just so we are clear. This announcement brought about justified outrage from the Jewish community in Australia related to a child abuse scandal and Litzman’s involvement in sheltering the abuser from standing trial.

I’m left wondering how it is that we got to a place where our:

Are we surprised that our healthcare system is crumbling? Are we shocked that our PISA test scores are coming in lower and lower each year? – and even lower than that in the Arab sector and the Haredi schools aren’t included in that testing sample! What could we possibly think to ourselves as we attempt to board an overcrowded bus or train or sit in minute after minute of traffic with leadership like this? Or that racial inequality that leads to police brutality and killings is not abating? And that income inequality is growing as the number of millionaires increases rapidly?

Our leadership has lead us down a dangerous path. One that is cracking and crumbling under our feet. One that seems to lead into a darkness through which little light may penetrate.

We’re a pretty smart people here — even given the depressing PISA test results. I hope that we can figure something out this time around — third time may be “glida” (ice cream) here. I only want to eat ice cream here in March if we’re celebrating a new government led by a strong form of new leadership – perhaps something will emerge in the coming weeks that will offer a real, viable option forward. Because you’re only supposed to enjoy glida that third time after surreptitiously seeing a friend — you know, someone you’d want to enjoy ice cream with.