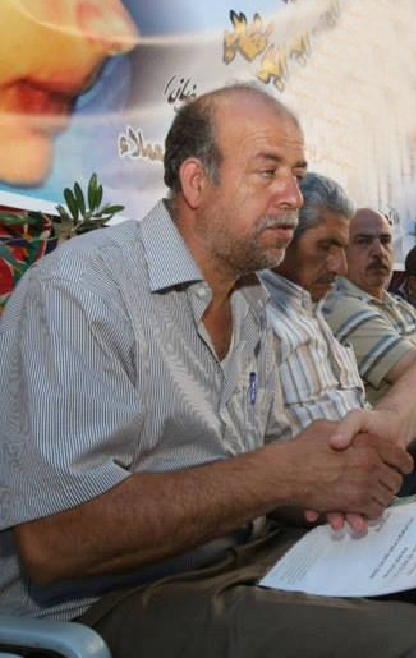 Today I looked Muhammad Abu Khdeir’s father in the eyes. I placed my hand on his heart and I wished him that God may give him strength. My eyes teared.

This is not a dream or some wishful thinking. It happened, as part of a visit of some 300 Israelis to the Abu Khdeir home, organized by Tag Meir. Going there was a way of taking a stand, of saying no to revenge, of protesting hatred. As such, it was ideological. It was also a way of atoning, asking forgiveness, expressing shame, distancing oneself (and an entire nation) from a heinious crime. As such, it was religious. But it was also a way of offering consolation, of reaching out beyond boundaries and recognizing the suffering of the other. As such, it was human, an act of menschkeit, decency.

Our motives are complicated. We operate on so many levels, and these levels may get in the way of each other. Here there was room for all levels of identification, without any conflict. Muhammad’s murder was an odd kind of “gift” – we were allowed to feel for the family without having to harden ourselves to the “necessity” of killing, produced by war and self-defense. A sin committed from within our midst forced us to fully own our humanity and that of the victim as one common humanity, engendering compassion and feeling for their suffering.

But it was also a very hard visit. We had planned some words to share with the family. I too had prepared a talk, recalling our common humanity and drawing lessons from Jewish and Muslim versions of the story of the first killing, Cain slaying Abel. But most of those who were slated to talk never got to talk. Instead, we were subjected to highly political addresses by our hosts (or their guests). We were told that we resented the devil sitting in the Knesset, that we were opposed to Israel’s policies and that because “we” were different from “them”, we were the only group privileged to be granted permission to offer our condolences. The natural human response was now politically conditioned and our acts of humanity were politically interpreted. It wasn’t the harangue I minded; it was the seeming impossibility of being human and sharing human suffering in a way that transcended, or put aside for a moment, political realities and conflicting views. That was a pain in itself. If we can’t approach each other as humans, especially in times of suffering, how do we discover the basis needed for building the kind of trust that would allow us to resolve our differences? I returned home fearing that our small gesture of friendship was tantamount to clearing an ocean of hate, prejudice and conflict with the spoon of menschlichkeit. Noble, but useless. 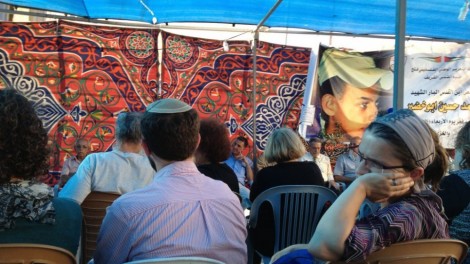 This evening, when praying, I saw the face of Muhammad’s father. In prayer, I could connect with him again. It didn’t matter that his relatives had framed our encounter in ways that undermined it. The connection was made. Something flowed from eye to eye, from heart to heart. I could feel for him (and his family). I could unite with them, in their suffering, in prayer.

This evening the sirens sounded and we have all realized we are, once again, at war. I ask myself what it means to experience yet another war, having visited the Abu Khdeir family today. After this evening’s prayer, I think I may have the answer. Today taught me I can continue to affirm my humanity and that of the Abu Khdeirs irrespective of deep cultural, political, religious and psychological divides. Even if I could not tell them in what spirit I came to their home, still that spirit bonds me to them and reminds me we share a common humanity. An unnecessary and wrongful death allows me to discover, or recall, a profound human bond. This lesson I must recall as I think of all the “necessary” deaths in the days to come, especially of so many innocent, non combatants. We often consider their death inevitable; collateral damage of our need for survival. But if I can look into the eyes of the father of one victim of unnecessary death, I have the responsibility of imagining the eyes of all those mothers and fathers whose eyes I shall not see. If I have learned to pray for and to be connected with one person’s suffering in a new way, that gift must accompany me in the difficult period ahead.

Of course, we should pray for peace, that no bloodshed will occur. Of course, we will. But in the reality of our lives here, we also need to be able to pray for all those who suffer along the way, to find a way of uniting with their suffering, whether we know them or not, irrespective of whatever justifications we provide for their death. Today showed me our common humanity is deeper than our ideological divides. To recognize the suffering that is caused along the way is to affirm my own humanity.