Yehoshua Friedberg was my friend. He was a Zionist and a new immigrant from Canada to Israel. He was a soldier in the Israeli army. In fact, as a soldier he was on his way to special testing to become a commander in the Israel Defense Forces. It was early on a Sunday morning, we were all 24 years young, and Yehoshua was murdered, shot point blank by Arab terrorists just outside of Jerusalem, our capital and left on the side of the highway. 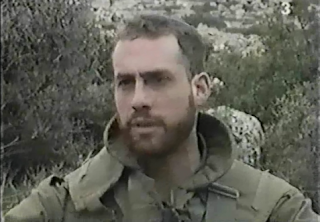 It took a few days to find Yehoshua. We young friends used any connections we could, to get political and media attention, to convince people that no, he had not gone to Eilat for a break, nor had he needed to get away from his beloved unit or friends. He was an idealist, a true believer in destiny and in tying out fate to our Jewish people. It was Purim, he wouldn’t have missed the party we were all busy preparing. He had just eaten shabbat lunch together with the gang, one day before that fateful morning. 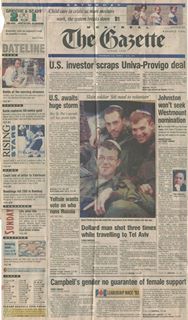 Why can’t I face Yehoshua’s parents? Because I took the call that came in from a payphone in Europe, during their stopover on the way to Israel, that journey begun when they planned to join in the search for their lost son. But we found Yehoshua while they were en route from Canada, and how can you tell that to a mother, a father, who’d come to help find their son and reunite with him. I pretended I couldnt hear them well, it was a bad connection I’d lied, and hung up remorsefully. I’m pretty sure his mom heard me, loud and clear, and knew that Yehoshua’s fate had been sealed.

The rest of us went on to marry, raise families, have careers – the usual path – while Yehoshua remained forever young and his murderers, put away by my husband the army prosecutor at the time (Gd does work in mysterious ways), were locked up. It’s been twenty years and Yehoshua will never join us to dance at the reunions and family occasions. His mom and dad dug deep down inside themselves to find the heroic strength to continue and to raise their two other wonderful children.

And those murderers live on.

Twenty years later and now they will go free. Our Israeli government is setting them loose. Yehoshua’s terrorist murderers, palestinian Arabs who drove him just a short way out of Jerusalem before shooting him in the head and dumping his body on the side of the road, carefully piling up his religious books, his tefillin and identity cards – a chilling message of hate and murder.

How can I look his parents in the eye? How can any of us?

Yehoshua, may your memory be blessed. And may we gain the wisdom to stand strong, and to prevent this from ever happening again.