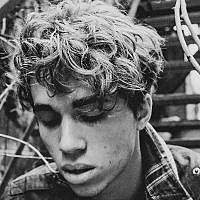 The Blogs
Theo Chaouat
Apply for a Blog
Please note that the posts on The Blogs are contributed by third parties. The opinions, facts and any media content in them are presented solely by the authors, and neither The Times of Israel nor its partners assume any responsibility for them. Please contact us in case of abuse. In case of abuse,
Report this post.

My fellow countrymen, and concerned citizens, some of whom are stubbornly asleep at the wheel, please entertain my musings and allow me to introduce you to the brand-new, hip, socially-conscious Gen Z antisemite: her name is Olivia. She’s a cute 21-year-old theatre student at the Boston Conservatory who is very vocal on social media; her bio includes her preferred pronouns (almost invariably she/her in addition to they/them), and her brand of social activism includes the hot-new supremely race-conscious stripe of antiracism and intersectionality.

She always issues statements condemning religiously motivated anti-abortion and limiting LGBT laws, fights the Good Fight against American law enforcement, and polices her friends and family for using outdated terms such as “transexual,” “the Blacks,” and “Latino/a” while favoring the use of carefully crafted, “inclusive” language such as “BIPOC,” “trans folx,” and “Latinx.” Her last name alludes to her distantly Jewish ancestry, but being the third generation born in the US, antisemitism is behind her, along with her Jewish identity; it’s in her past, and she would like you to “please stop centering yourselves, Jews. We hold all of the power today, and our accusations of rising Jew-hatred are siphoning oxygen from far more pressing social justice concerns.”

Hi Olivia, I’d like to introduce myself, for I am becoming your loathsome adversary. I will soon be the target of your vitriol; the rust on your gears, the insect buzzing in your ear, and the obnoxiously tenacious pimple on your otherwise pristine, glowing forehead. I am a 23-year-old singer who attended your college. I am the songwriter who won’t shut up about income inequality, the authoritarian tendencies of Republican leadership, and the incarceration disparities between Blacks and Whites in this nation. I have a Black girlfriend whose father underwent Jim Crow and who diligently curates musical events (in which I participate), the proceeds of which are funneled to the Equal Justice Initiative. You and I aren’t so different — I am also ethnically Jewish, the kind of Jew who eats pork, invests in tattoos, disobeys his parents and holds radically atheist views. I can’t be so bad now can I?

Yes, apparently, I can; I have sinned by having Ashkenazi family who hid in Nazi-occupied France, and Sephardic family who were unceremoniously evicted from decolonized Tunisia, and carrying this heritage close to my chest throughout my life. Several weeks ago you (along with many of your fellow keyboard warriors) assaulted my inbox with menacing accusations of transphobia, nazi-sympathizing beliefs, racism, and fascism.

Now, as my eminently reasonable reader, you’re likely thinking one of several things: “what did this punk say to provoke this hatred?” or “well you’re likely a reactionary, conservative Ben Shapiro disciple, who is only mad because now you’re being held accountable for your boomer-sympathizing, dog-whistling rhetoric.” Let me admit that you are RIGHT to ask these questions; in an age of Qanon and Tucker Carlson-style “anti-woke” hysteria, this skepticism is perfectly warranted.

What was my crime, you ask? It was as follows: I posted on my Facebook page an account of my dismissal from a Berklee College of Music Facebook group, in which my defense of Israel and condemnation of Hamas’s strain of nefarious, antisemitic intent and Islamofascist ideology was met with insults (mostly “Nazi”), and threats that “I will smile when I stab you, Jew” from Berklee’s burgeoning Palestinian-allyship-mob.

I commented my abhorrent, “beyond the pale” interpretation of the conflict in response to dozens of peers posting statements like “didn’t know we had so many Israeli, nazi bootlickers at Berklee,” and “if you stand with Israel, you stand with colonialism, white supremacy and ethnic cleansing of black and brown people.” In my humble estimation, this was part of what the courageous and prescient journalist Eve Barlow aptly named “The Social Media Pogrom” in her recent Tablet article.

My post garnered a hundred-odd likes and a stunning comment count of more than TWICE that number. The majority of these were from folks like our aforementioned bien-pensant Olivia, and also a non-negligible number of African American BLM activists who were furious that I dared to invoke comparisons with the recent movement for Black Liberation in the context of our current moment rife with antisemitism, which CLEARLY is a non-issue, and a glaring mark of my “White Privilege.”

I couldn’t help being reminded of the age-old, ever-pernicious “Jewish Question” that has pervaded our collective history and the conscience of our diasporic societies: Are we White? This question’s answer never spells good fortune for us. It has followed us for millennia, and rears its ugly head today cloaked in the trappings of Critical Theory, hidden deep within the vestments of social justice; this parasitic growth has metastasized under the guise of compassion for the downtrodden, and bears uncanny resemblance to the emergent Christianity from the Roman Empire (John McWhorter very eloquently describes this analogy in his recent Substack pieces).

Unfortunately, we Jews know all too well how such ideology inevitably concludes for our people. We have seen such re-framings of history before, in all utopian eschatology-based dogmas, and I need not extrapolate where this could lead, should we simply fold and look the other way. The difference between racism and antisemitism is something seldom expounded upon by Americans, as we have had a downright pacific existence here relative to other countries in the history of diaspora. I understand why many American Jews shirk their duty to learn about antisemitism, to reckon with it, to understand its discontents and recalcitrant nature within the human psyche. I understand why it is not addressed by the same groundswell as systemic anti-Black racism. I understand why we are slandered by the label of White-oppressor, and I know that this phenomenon is as old as the Jewish people against whom the indictment is leveraged. Our resilience as the chosen people is our curse — the harder we try to overcome adversity, to strengthen our community, to aid our fellow Jews, the harder we will be accused.

In the last several weeks I’ve personally borne witness to the festering wound of antisemitism; I’ve seen my fellow friends prodding the scab. My girlfriend recounts a coworker commenting “these so-called chosen people are the ones disobeying pandemic regulations; they’re the ones keeping us sick.” My own coworker has said “I’m totally not antisemitic. I just think that Israel is an outpost of white supremacy and that the land should be entirely given back to Muslims in the area.” I’ve seen a Muslim friend posting that “according to the Jewish bible the Jews were cast out of Israel as a punishment, so REAL Jews should bear that fate and give back Israel.” This same friend posts non-stop on Instagram photos of IDF soldiers pasted next to SS officers — all this from the comfort of her decadent mansion in a wealthy Gulf Oil-State (which also has completely purged itself of its Jewish population).

Though likely no more than a futile exercise in catharsis, the compulsion to write this piece manifested itself to me via obstinate insomnia, dissolution of friendships, and myriad other ways that would only further encumber my already superfluous word count. I know I am not alone in my revulsion to the increasing toxicity of our online culture; the kind of rhetoric to which I’ve alluded is ubiquitous…it will find you. The proverbial unturned stones need not be disturbed. The demon of antisemitism remains un-exorcised in Occidental society, as does the latent subconscious antisemitism-detection-software program lying dormant in the Jewish cultural Mind-at-Large. This mechanism, however, desiccates with methodical eventuality as my generation of American Jews languishes in Elysian naiveté, defecting sanctimoniously from their duty.

I urge you, generous reader who has made it thus far through my rambling, please maintain your vigilance; I could invoke the story of Purim and Esther’s decision to exercise caution regardless of the alarmist optics. I could invoke the story of Moses, who forsook his good standing in Mitzrayim by shielding his kin. As the progeny of these archetypal heroes, we owe them our flourishing. We owe them the fruits of our good fortune, and we owe them at the very least our survival. I would like to be wrong about my prognosis. I would love for the Jewish community, and the country writ large to prove me wrong in a decade or so, but I’m not willing to gamble our futures by holding my tongue. We cannot afford apathy. For the time being, I can only hope that you reach a like conclusion.

About the Author
Theo is a French-American dual citizen who grew up in St. Paul, MN. He participated in the Twin Cities Jewish community throughout middle and high school, until eventually leaving to study music in Boston (where he now resides) at Berklee College of Music. He is in several musical projects (guitarist for Autumn Jones, Pistacia, and Mudf*ck, singer for SŌMA DEVA). He currently holds a position at The Italian Home for Children in Jamaica Plain as a special-ed music teacher.
Related Topics
Related Posts
Comments
Advertisement