Days of mourning are a time for reflection, for finding meaning. We are somewhat accustomed to addressing common or ordinary situations involving death. Death, as the proverbial saying, is part of life, whether we view that life only as the here and now or whether we extend its scope to the beyond. Some situations place us before greater challenges in finding meaning. They may be horrific acts of extraordinary proportion, like some of the major calamities of Jewish history. Or they may be some particular circumstance that makes a particular moment unique, forcing us to find meaning in new ways. The kidnapping and murder of Gil-Ad, Eyal and Naftali created such a unique circumstance. We have experienced so many terrorist attacks that by now we have a way of containing them, painful and tragic as they may be. We have also experienced several situations of kidnapping, which generate a different movement – one of concern for the kidnapped, the attempt to bring them home and ultimately keeping faith and hope alive. Events unfolded in a narrow enough time frame that we experienced both moments – kidnapping and murderous attack , within one scenario, thereby making the story of these three youth so much more potent, and so much more challenging, than dozens of events whose outcome was no less painful for the families. The combination of these two narratives made the story not just a story of the family, but of the entire people, in Israel and abroad. Its horror, therefore, has made the challenge of finding meaning that much more pressing. It is a fundamental aspect of trauma that in some way it eludes all sense-making mechanisms. Trauma disrupts life in unexpected ways, creating a break that takes us from the domain in which we can make sense of things to the realm of the sense-less, that which lies beyond our ability to provide meaning. And yet, we cannot simply contain trauma. We seek to find meaning in it, to make it part of our narrative, to allow us to resume our life with and despite the traumatic moment. In the space between the abyss of meaninglessness and our efforts to find meaning multiple explanations arise, multiple ways of finding meaning, of making sense, of coming to terms with the senselessness of trauma. When an entire nation is riveted by this challenge, we witness multiple efforts at meaning-making, wherein each sector of society tries to find meaning using its particular language and conceptual tools. Over the past week we have witnessed four basic responses:

1. The metaphysical view, appealing to the upper world and to divine calculations, sees in the murder of Naftali, Eyal and Gil-Ad an atoning sacrifice, an offering that rises to the Celestial Throne. Thus, kabbalistically oriented voices such as Rabbi Ben Zion Muzafi or Eleazar Berland. Meaning is not found in the here and now but in the beyond. Faith in a higher order helps contain the senseless reality here below. Three pure offerings were offered on behalf of Kelal-Yisrael, as atonement, in a calculus we do not know, but that we declare must have been necessary.

2. The power of unity. Seeing the events as kidnapping rather than as simple terror acts had a unifying power upon an entire nation and an entire people. Our nation is typically so divided that moments of unity are a rare gift, rare enough that it was considered by many to provide meaning for the tragedy. Somehow, because they united us all, their death was not in vain. This is a beautiful perspective, but it relies on one of two assumptions. Either a momentary unity, that will shortly give way to divisiveness, is worth it all, no matter how short-lived, or such unity must become a testimony for the future. Yair Lapid spoke of the commandment of loving one another as the testament of slain, at Gil-Ad’s funeral.

Dov Singer, head Rabbi of Makor Chaim, a yeshiva where two of the kidnapped teens studied

Rabbi Dov Singer, who spoke at the funeral, suggested the lesson of loving the other as yourself as the lesson we must take away from these events. He suggested that every public or official gathering is carried out with a recollection of the higher spiritual vision of unity of which we got a glimpse during this period. In this way, the unity that was made manifest becomes a living testimony and a real gain that we have collectively gained through this tragedy.

3. A sacrifice for the land. A more conventional view that was put forth by many speakers, including Prof. Frankel, the grandfather, reiterates what every terror attack reminds us of – there is a price to pay for living on this land. So long as we have not reached better days of a peaceful future, this price will continue to be exacted from us. While this view has political ramifications, it is also a way of finding meaning and consolation and seeing these deaths as inevitable and ultimately necessary deaths, in view of the broader political circumstances. 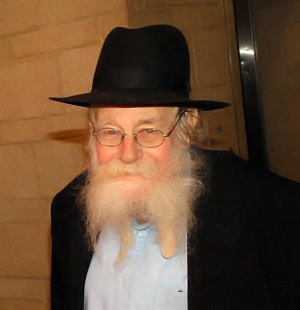 4. Finding meaning in life itself. For many speakers the answer does not lie in the “why” of why this occurred, but rather in the “how” of how we must respond. Meaning is found not in accounting for the necessity of the deaths but in our lived response to tragedy. Rabbi Adin Steinsalz wrote of sanctifying life as the response to the deaths. Kadish is a means of filling the gaps left by the lives lost and our lives should be spent in acts of sanctification that help fill in those gaps.

There is no “correct” answer. All responses seek to bring meaning to trauma. We do note, however, that there seems to be some common denominator that emerges from these four different responses – it is love. Love for the people of Israel is the propelling vision behind the vision of a celestial sacrifice and certainly behind national bonding. Love for the land is a motivating factor for sacrifice and love of life itself, or love of God experienced in life, is the force that drives us to sanctification. And so, as we face trauma, the deeper response is one of love. Faced with the absurdness of the death of youth we discover that from the void of lack of meaning comes a calling of love. Only through love can we respond and find meaning. Love is the answer. Some thoughts following on the above observation:

1. The affirmation of love as the ultimate means of meaning-making in the face of the absurd implies the strongest condemnation of revenge as a response. Revenge does not provide meaning, it provides a way of venting pain and frustration. Responses to the events brought forth a wave of love. Responding through revenge squanders the positive reservoirs that have been accumulated.

2. It seems to me there is something particularly Jewish in the attempt to find meaning in such moments of tragedy. While all religious systems ultimately account for suffering, it seems to me that the kind of global efforts at finding meaning in trauma and the place such efforts occupy in our collective consciousness are typically Jewish. Perhaps it is so because we have had a greater share of traumatic suffering than any other religion. Perhaps it is ingrained in the Jewish psyche and its capacity for reasoning and meaning-making.

3. The suggestion that love is the answer to the abyss of trauma may itself be a formulation that is uniquely Jewish, cutting across different answers that serve our tradition throughout the generations. Christian responses along similar lines only betray the depth of Jewish thinking that comes to expression in Christianity. As far as I know, no other religion would tend to such formulations.