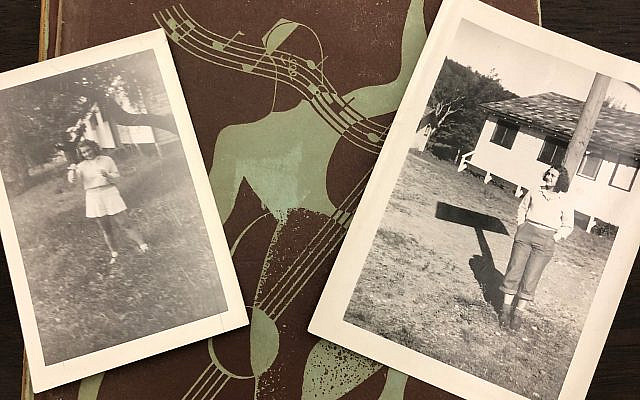 Tomorrow marks two weeks since my beloved mother, Shirley Eskind Fingerman z”l, passed away at the ripe old age of 100. I hope you’ll allow me the chance to share a personal story inspired by her life and legacy.

First, a little background. At the end of this week’s Torah portion, Vayeitzei, we see the first mention of the Hebrew word “machane” – camp. When Jacob continues on his way to meet his brother Esav, the angels of God encountered him. When he saw them, Jacob recognized it as not just any place, saying “Machane Elokhim Zeh – this is God’s own camp. And Jacob called the place Machanayim.”  (Genesis 32:2)

The commentators note that the correct grammatical form of multiple camps is machanot, rather than machanayim, and wonder what we can learn from this differing conjugation in the text. Rashi (an ancient commentator known for pointing out the significance of grammatical nuances) explains that Jacob uses the word machanayim to signify two different types of camps, one outside the land of Israel and one within it. Others believe it references a “pair of connected camps”, perhaps one camp on earth and one in heaven.

Similarly, Jewish camps today also operate on multiple levels (of pairs). First and most obviously, Jewish camps light a spark for today’s campers, providing a joyful and immersive Jewish environment, creating a love for and sense of belonging to the Jewish people, and forging a connection with Israel. Additionally, many have noted that Jewish camp’s most important audience is the college-aged counselors. They grow into accessible role models and leaders, transmitting their energy and ruach for Judaism to their campers. Camp becomes a center for creating mensches in pairs – among both campers and counselors.

During our family’s observance of shiva last week, my siblings and I recounted many stories, examined countless photos, and recalled family events. We also heard many stories about mom, some for the first time. I happened to have found a book, Songs of Zion, buried in one of her drawers that we had never seen before. Inside, we found pictures and inscriptions from her summer in 1944 at Brandeis Camp Institute (BCI) in Pennsylvania’s Pocono Mountains.

Dr. Shlomo Bardin, a noted experiential Jewish educator, created BCI to train college-aged Zionist youth leaders. He brought in outstanding guest lecturers, promoted a meaningful Shabbat experience – celebrating it as a day distinct from the rest of the week – and emphasized the importance of singing as a central component of the daily schedule. Bardin’s intentional program cemented my mother’s Jewish identity and ardent Zionism, just as our Jewish camps – and their inspired professional leaders – strive to accomplish for campers today.

Mama had always reminisced about her camp years – and made sure each of her kids benefited from attending camp. In finding and reading this book, we were mesmerized by descriptions of her friendships, her southern charm (she came from Nashville, TN), her dancing eyes, and her participation in the boys’ choir (as a female tenor)! She experienced her own “machane elokhim” many, many years ago and she transmitted her inspiration to her children, grandchildren, and great-grandchildren.

Machanayim…Camps. Such holy places to learn and grow. For campers and counselors. For today and tomorrow. For this world and the world to come.

May the memory of my mother, Chaya Sarah bat Yaakov v’Malka inspire us to make Jewish camps flourish and thrive as together we continue to build a more vibrant Jewish future.