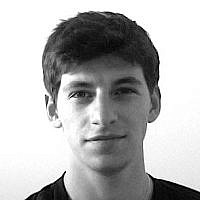 The Blogs
Josh Goodman
Apply for a Blog
Advertisement
Please note that the posts on The Blogs are contributed by third parties. The opinions, facts and any media content in them are presented solely by the authors, and neither The Times of Israel nor its partners assume any responsibility for them. Please contact us in case of abuse. In case of abuse,
Report this post.

Malcolm X once opined that the media is the most powerful entity on earth. In its ability to deliver information to the masses, mainstream media has a unique position as a tool to shape ideology and public opinion. The media provides knowledge, generates debate, and forms an integral part of a global communications system that has done humanity untold good.

Yet unfortunately, mainstream media is often engineered to produce a particular opinion that is not necessarily truthful, fair, or objective. This is especially true in the mainstream reporting of the Israeli-Palestinain conflict, and it has had, and will continue to have, dire consequences on the prospects for peace in that region.

Language is a supremely powerful device to form ideas and create perceptions. The words we choose, the order in which we compose them, and even the content we omit, all serve to fashion a viewpoint. It is easy to forget this when we as an audience read or watch the news; indeed, it is a feature of the greatest rhetoric that it often appears to be the simplest type of language. Yet the nature of communication is such that any form of writing or speaking is a method by which to persuade an audience of a certain viewpoint.

This is alarmingly obvious when one examines the way the media reports the Israeli-Palestinian conflict. Western media seems indefatigable in its efforts to paint Israel as an aggressive, consistently villainous state, while the Palestinians, including the terrorist group Hamas, are simply passive victims.

Mainstream media presents events in such a way as to create the impression of a conflict instigated entirely by one side. News stations compete to manipulate language in order to portray Israel as the only wrongful party in the conflict. By pressuring and blaming only one side, audiences are unable to reach reasoned and productive conclusions, turning a tide of opinion against Israel that ignores any fault of Israel’s enemies. The danger herein is that no conflict can be resolved if only one side is expected to make compromises and act flawlessly.

The reports about the fates of the three Israeli teenagers, Naftali Fraenkel, Eyal Yifrach and Gil-ad Shaar, and the Palestinian Mohammed Abu Khdair highlight the unequal coverage events in Israel and the West Bank receive.

Even after the Israeli youths were discovered semi-buried in Hebron, The Wall Street Journal insisted on describing this as an “alleged” murder. And yet when the partly-burned corpse of Mohammed Abu Khdair was found on on July 2, the media instantly described it as a “kidnapping” or “abduction”; no mention of anything alleged (see BBC, title of The Washington Post, title of The Guardian, among others).

How we flavour our language affects how our audience interprets it. Inclusion of the word “alleged” instantly casts doubt on the Israeli argument, while omitting that same word presents the Palestinian story as indubitable. In any conflict, particularly the Israeli-Palestinian one, nothing is indubitable.

Mainstream media’s reporting of rocket fire from Gaza is a more dangerous example of the power of language. Consistently and deceptively, the manner in which Gazan rockets and Israeli air strikes are reported depicts Israel as aggressive, proactive, and with a disregard for human life that belies British Colonel Richard Kemp’s claim that during Operation Cast Lead in 2012, “the IDF did more to safeguard the rights of civilians in the combat zones that any other army in the history of warfare”.

The audience would not know from The Washington Post article or the BBC that Israeli airstrikes in Gaza are in response, and only in response, to rockets fired from the enclave towards civilian homes in Israel. The emphasis placed by the BBC on the Hamas efforts to bring about a ceasefire, placing Israel in the conditional clause (“if Israel stops”), instantly tells its audience that it was Israel that started the attack, despite the fact this is not true. Rockets fired from Gaza into Israel, chronologically and causally preceding the Israeli airstrikes, are only mentioned in the ninth paragraph.

By ordering their language in this way, the media fails to understand simple causal relationships, reverses factual chains of events, and obfuscates the situation with its reporting. Blame is placed solely on Israel, and no pressure is put upon Hamas to stop its aggression, which affects both Israeli and Gazan lives.

There is never an explanation about the hundreds of millions of shekels spent by Israel on the Iron Dome defence system, and the methods employed by Hamas to use civilian shields are similarly omitted. A moral equivalence is generated between innocent Israelis targeted for their being Israeli, and Palestinians who are deliberately placed in the line of fire.

The use of language (and cartoon) to present Israel in these ways has a direct and detrimental effect on the Israeli-Palestinian conflict. As long as international media outlets demonise Israel and refuse to place blame on the Hamas terrorists who attack Israeli citizens and provoke legitimate, military-targeted responses from the IDF, Hamas will always have an incentive to continue the war against Israel.

The very fact that in the last week the media has conjured a causal relationship between the deaths of three Israeli teenagers and the increased conflict around Gaza, demonstrates the toll media can have on human life. Two cotemporaneous actions (kidnapping of the boys and airstrikes on Gaza) do not automatically necessitate a single cause.

Israel did not launch attacks on targets in Gaza because the three boys were murdered. The airstrikes were in response to Hamas rocket fire on south Israel, rocket fire that barely gets a mention in the media. What does get a mention is death.

Hamas is well aware of how these actions are presented to the rest of the world. As long as mainstream media distorts its language to highlight only the actions of the IDF, and refuses to maintain any link between those actions and the chronologically and causally preceding actions of Hamas, terror will continue to reign. Israelis and Palestinians will continue to suffer.

Casting doubt on any Israeli claim, placing blame for all deaths on Israel, and manipulating language to ignore any negative role played by Hamas or the Palestinians, acts to incentivise the continued use of terror to win sympathy, financial aid, and international support for a system that has not, in seven decades, moved us anywhere nearer to peace.

About the Author
Josh Goodman is a second year Classics student at the University of Cambridge and an alumnus of FZY/Young Judaea Year Course 2011-12.
Related Topics
Related Posts
Comments