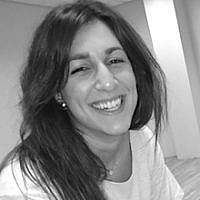 The Blogs
Ariela Carno
Apply for a Blog
Advertisement
Please note that the posts on The Blogs are contributed by third parties. The opinions, facts and any media content in them are presented solely by the authors, and neither The Times of Israel nor its partners assume any responsibility for them. Please contact us in case of abuse. In case of abuse,
Report this post.

For me, the recent conflict between Israel and Gaza begs the question of where we have gone wrong as members of the human race. It makes me wonder when media perception became more important than truth and what has happened to the tattered shreds of a once existing human dignity ; because in a world where we feel no shame posting images of bleeding children in order to beg sympathy and where terror breeds extremism I wonder at the direction in which humanity is headed.

Like most relatively rational individuals (which at present does not include the South African ANC government and a rather large section of the French population to name but a few) I am disgusted at the lack of regard that the terror organisation “Hamas” has for human life, but at the same time I am equally afraid of how many of these “relatively rational individuals” –Jewish and non-Jewish alike-are being forced into a corner and almost coerced to support a trend of increasing radicalisation in their search for strength and safety.

But first allow me to explain what I mean by radicalisation. The combined Oxford English dictionary doesn’t actually define radicalisation but rather it lists the term as a derivative of the word radical which is defined as “relating to or affecting the fundamental nature of something; …  advocating thorough or complete political or social reform; politically extreme.” The relevant noun based definition is “an advocate of radical political or social reform”[1]

Now although the word “radicalisation” is a new introduction to the combined oxford English dictionary this is far from a unique phenomenon in history. An atmosphere of fear and uncertainty is certainly what precipitated Hitler’s rise to power and while the situation is no way analogous it does point to the fact that in periods of uncertainty the less subtle lines of thought-such as ‘they are evil, lets attack them” tend to predominate. In essence what I mean is that anyone who had a “reductionist” life philosophy can be considered radical.

Now what do I mean by reductionist? In essence it is “The simplifications of complex issues into binary oppositions which create a visceral impact are a characteristic of ideologies, especially when they tend to articulate a set of grievances of one set of people against the other” [2] which simply put means an “us vs. them” philosophy .However the primary difference in the “radicalisation” of the modern age as opposed to 1930’s Germany is that our generation does not appear to need an evil leader to follow blindly in order to spread messages of hate. That’s what social media is for.

When I open my Facebook feed in the morning I am confronted with a barrage of conflicting and in many cases rather worrying opinions.

And that’s the primary point-they are just opinions. They are not official governmental policies but merely opinions of the average voter and as Winston Churchill was so fond of saying “the best argument against democracy is a five minute conversation with the average voter”.

Let’s use the conflict in Gaza as an example of the radicalisation of social media. You have millions of pro and anti-groups (such as Gaza Jihad, pro-Palestinian youth and the cure-to kill an Arab) many of them spouting extremist opinions and rhetoric in addition to the millions of individuals who, along with what they had for breakfast also offer their political opinions.

By this point we have firmly established that our Facebook culture (the only platform in the world where everyone’s view is equally relevant) allows a platform for radicalisation but the million dollar question is what do we do about it?

Do we start our own Facebook groups in the hope that people will like and engage with them allowing Facebook’s algorithm to give them more media coverage than our antagonists?

Do we constantly respond to our critics and aggressors with violent and badly spelled lengthy arguments?

Do we campaign, promote and otherwise publicise out own causes until we are blue in the face and develop information fatigue; or do we simply sit back and do nothing.

As a member of the Jewish activist world I have tried all of the above (without the bad spelling of course) and I have come to recognise that the morality or correctness of your political position is not defined by the number of likes you get or your Facebook engagement rate.

Just because you anger people with your words it doesn’t mean that they are the right words and the desire to create an impact doesn’t necessarily mean that you have to play to the basest parts of peoples natures-namely their fears, hatreds and desires.

What would perhaps be a better approach is firstly: To understand information in the context from which it comes. For example if I see an anti -Zionist post from “pro-Palestinian youth” I probably shouldn’t blow my top (and by the way there is no reason one cannot be Zionist and pro-Palestinian but that is an argument for another day) however if I see the same statement on the official website of a political party that would be legitimate reason for concern.

Secondly we often get so wrapped up in the pages that we have created and making sure that our page (as opposed to everyone else’s) get the widest range of coverage that we forget our motives for doing things in the first place.

In conclusion as to whether it is possible to stop this growing trend of radicalisation…I believe that to an extent it is. Radicalisation is driven by fear and fear is a collective phenomenon where we drive and feed off one another. It is possible to use social media without spreading fear, making derogatory statements and keeping our integrity intact if we just stop for a minute and think before we post.

So I ask you-the next time you are about to post something, ask yourself why you are doing it, what you think you are going to achieve and if it will really benefit your cause to do so.

Brain to mouth malfunctions are acceptable in casual conversation because speech is a constant flow of words and one sometimes doesn’t think before speaking;  however social media gives one the opportunity to think before acting and the ability to think before one acts is what will allow us to move away from the growing trend of radicalisation.

About the Author
Ariela is currently studying Medicine at the University of Witwaterstrand in Johannesburg, South Africa. She is the current national chairperson of the South African Union of Jewish Students and is a proud Zionist and Jew.
Comments