The Blogs
Stephen Stern
Dr. Stephen Stern PhD
Apply for a Blog
Please note that the posts on The Blogs are contributed by third parties. The opinions, facts and any media content in them are presented solely by the authors, and neither The Times of Israel nor its partners assume any responsibility for them. Please contact us in case of abuse. In case of abuse,
Report this post. 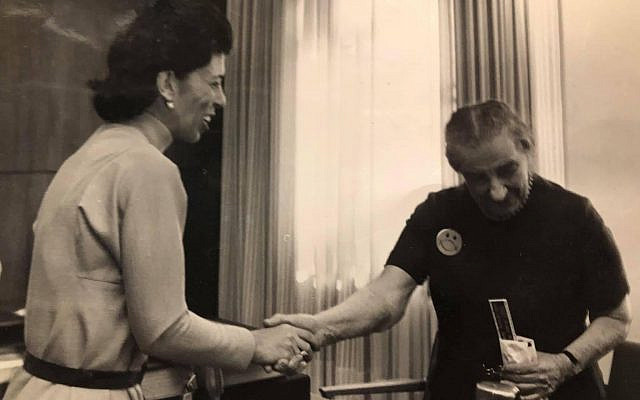 I am named after my grandfather, Simon Yiddle, Yiddish name. In Hebrew, it’s Shimon Yehuda. In the USA, Stephen Jay.

Simon (descendent of the Rabbi Shimon Yehuda) was from Lithuania where he studied to be a Rabbi until the Czar drafted him. Deserting the Russian army, he made his move through Mongolia, China and Japan where he got on a boat as a worker and came to Seattle. Wrong coast. He pushed his path to NY where he met an American Jew, Jenny Rabinowitz. Simon married Jenny, taking over her family’s slipper factory that went bust in the depression. He then gained a Sinclair Lewis gas station. It was Brooklyn. Flatbush. My dad, Alvin Daniel, sometimes wiped down Jewish gangster cars. When done, they’d throw him a nickel. Murder incorporated drove nice rides. My grandfather had lung disease. Jews with lung disease moved to Tucson, Arizona.

They landed in the middle of an indigenous peoples’ migrant road used for thousands of years. I wouldn’t have noticed this if not for my mother, Carol “Cookie” Miriam Stern. This didn’t sit well with her. Cookie’s parents were from Hungary. Soon after World War I, Benjamin Solomon met 17-year-old Hannah Goldenberg, at a Philadelphia wedding. She had come to see her married sister, Sadie. Unfortunately for Hannah, her plan to stay was unacceptable, as was her job in a cigar factory. Her father arrived from Hungary to take her home or to marry her off in a week. Benjamin proposed, and they were wed. Hannah’s father traveled back to Hungary. She went to a town outside of Pittsburgh where Benjamin had a successful market. He later developed lung disease. They moved to Tucson, Arizona. My mom came with them. She was a nurse who had no idea she would one day sit across from European despots begging for Jewish lives.

My mother is my hero, not because she achieved spectacular accomplishments, but because she lived despite untreatable clinical depression. She tried 39 (the last number I heard) different anti-depressants. Not one eased her suffering. Depression manifests itself in a variety of ways. She could be bedridden, but she’d force herself out of bed to be a mother. Irritability, short temper, bitterness and impatience were also things that plagued her. Every day, all day, she had to manage her extreme depressive moods the world rarely saw. Every day, she overcame the anguish that sought to hold her captive. She created her responses despite her reflexes, not allowing herself to be a hostage to bitterness: ‘for bitterness resteth in the bosom of fools.’ 7:9 Ecclesiastes

Despite this full-time battle, she lived a profound, meaningful life. She raised four children. My mother wasn’t easy, but she was loving, a present mother, and much more than our mother. In the seventies and eighties she would meet with Romanian dictator Ceausescu to discuss his treatment of Romanian Jews. He wasn’t the only European strongman with whom she met to protest their treatment of Jews, but he was the only one to be executed for crimes against his people. She was everywhere back then. Poland, Czechoslovakia, Hungary, East Germany, the Soviet Union and more.

After hearing Natan Sharansky a few years ago, I asked if he recalled my mother who sometimes visited him when he was a Soviet Refusenik. He grabbed my hand and embraced me. He remembered her. When I told her, she didn’t know what I was talking about. Dementia had robbed her of those memories.

When she wasn’t in her role as a Vice Chair of the then United Jewish Appeal Women’s Division or as a National Board Member of the Jewish Agency or an active representative of the American Jewish Joint Distribution Committee in which she was involved with Operation Solomon and a Bosnian refugee camp, she was running around the Sonoran Desert leaving water for the traveling migrants outlawed by her government (ironic it was people lost in a desert), washing dead bodies for burial, working with orphanages, pregnant teens and more. I don’t know anyone who cared as much for vulnerable populations as my mom. She also helped others start charities, such as the Angel Charity for Children in Tucson Arizona and played a part in the startup of a fund for children unable to metabolize cholesterol, The Ara Parseghian Medical Research Fund – Fighting for Cure for Niemann-Pick Type C Disease, not to mention she helped raise millions of dollars for the Arizona Children’s Research Center. Carol Stern’s name is on no building and her name adorns no room. She didn’t want her name on anything.

My mom’s greatest achievement was ostensibly modest compared to her other achievements. Her career was over, challenges of early onset dementia were getting in her way while living in the deepest depression I have witnessed. Nevertheless, she went to help a small Tucson ultra-Orthodox synagogue raise money to help keep it alive. She did it! It’s alive and well. The synagogue, Chofetz Chaim, so loved her they put her name on stained glass wall.

Carol Stern was a force of nature with prophetic worry for the most destitute among us. Once walking in Jerusalem when I was ten, a disheveled Hassidic man asked us for money. My mom gave him a dollar. A person in our group said, “You don’t know if he’s poor. You give enough to organizations. He can go to one of those” I quipped, “yeah!” She grabbed me with the firmest gaze I’ve encountered and spoke: “My mother taught me to never question the face of one who says they’re hungry.” Soon after, in NYC, she directed me to get five dollars’ worth of quarters before hitting the street. “We cannot save every homeless individual,” she said, “but we can acknowledge their call for help as a fellow human. Imagine if no one responded to you when calling for help.” Musar was in her bones, gestures and words.

My mother also mentored young Jewish women. Her favorite became a Rabbi, Rabbi Stephanie Aaron of Congregation Chaverim in Tucson, Arizona. Stephanie experienced my mom as her Naomi. I could not be more proud. We’ve always thought of Stephanie as Ruth. Rabbi Aaron wrote to my mother.

A prayer from the siddur, Journeys: a Creative Shabbat Service, “Mothers of Israel, weaving a tapestry with your lives; where can I find you? In threads of stories found between verses of the Torah?  I touch the parchment feeling for you…I chant the words listening for you…I study the symbols looking for you….a delicate strand has snared my soul, pulling me closer. Mothers of Israel, weaving a tapestry with your lives for all eternity.”  Carol, you were one of the great mothers of Israel; you guided me and many other young women, including your 3 daughters, Beth, of blessed memory, Lora, and Ellen, to find our individual stories within the tapestry of the Torah; to weave our lives into our ancient story; to write our Torah; to become as the psalmist wrote:  Kol k’vodah bat Melech p’nimah, the true majesty of a royal daughter is inside her. We aspire to be daughters of the Melech of the universe, an awesome and holy task which you guided many young women to make their own.

Our four matriarchs, the mothers of our people, Sarah, Rebecca, Leah and Rachel, speak to me of you and your life. Sara, the first Ima, who was bold and brave; she set our from Ur with Avraham, out into the unknown and they gathered people to HaShem, to the new way of being; the text reads: et nanefesh  asher asu; they symbolically made souls. You were Sara, whose name means princess; you served the One; you motivated other women by being a bold, proud, unwavering Jew.  Chazal, our sages, taught that Sara’s Shabbos candles burned bright all week, until right before the next Shabbos was ready to enter and new candles would be lit.  Carol, you were Sarah, the thousands of Shabbos and other Holy day candles that you lit were a bright beacon for all of us.

Leah was the mother of six sons who became six of the twelve tribes of Israel; and she bore one daughter. The sacred gematria, the mathematics of the Jewish people, of her name, Leah, is 36, double chai, double life; yet her name means weary. Carol, you were our Leah, also. You raised four children to be strong, resilient Jews. You became weary many, many, times, yet you always roused yourself and you carried on with even greater meaning and purpose.

Rachel: Imanu, Rachel our mother; in Jeremiah’s words: ‘a voice is heard in Ramah, mourning and great weeping, Rachel weeing for her children and refusing to be comforted, because they are no more.’ I remember once, you told me that during the Yom Kippur War; you became frozen, immobile and your tears were all drained out of you….and you were so scared as we all were that Israel would not survive. But You were not one to cry; you always turned your tears into toil, sweat, holy labor, your work. You were a builder of Jerusalem; a builder of Yisrael; you labored in that holy purpose for your entire life. You were a builder of synagogues right here in our town.  You inspire and instruct us; you encourage us with holy nudging and we are grateful for the gifts of your life that remain here imprinted in our hearts.

The 20th century Hasidic master, the Netivot Shalom, remarked that each day we are confronted with new tasks of repair of the world, but each day HaShem renews creation and so there is new energy that we may call on for the new day. May we be renewed each day to holy purpose; as Mussar teaches us: strong as a lion, strong as the sun; attempting everyday as you did Carol, to y’hei b’rachah, to be a blessing, as you were Carol.

Zichronah l’vracha, you are remembered with blessing and with love.