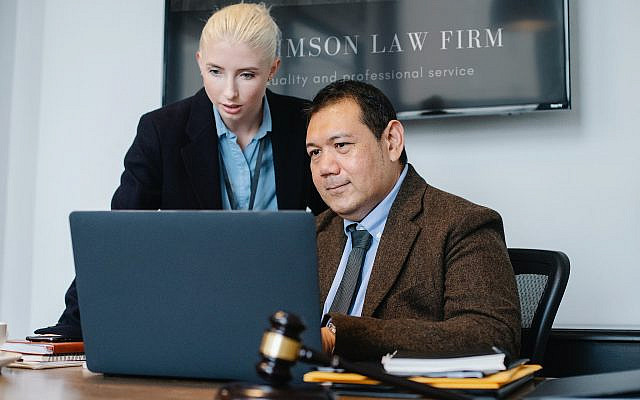 Well, that is interesting! (Free to Use Photo by Sora Shimazaki from Pexels)

The deputy leader of the Labour Party, Angela Rayner, has called the Conservatives “a bunch of scum”. She went on to describe the Conservatives as “homophobic, racist and misogynistic”. She seems to have a short memory; the Labour Party has been wracked with allegations of anti-Semitism under Jeremy Corbyn. Perhaps anti-Semitism is not considered racist. Even after we have returned to our own country, many refuse to accept that there is a Jewish race.

But President Trump signed an order at a White House Hanukkah party that says anti-Semitism is punishable under Title VI of the Civil Rights Act. This section deals only with race, ethnicity, and nationality. It does not deal with discrimination based on religion. Thus, Jews are targeted because of their race. Yes, it’s official, Jews are a race.

The Lancet, one of the world’s oldest and best-known medical journals, published in Britain, seems to be afraid to use basic English. The word “women” is considered to be so distasteful and divisive that it has been replaced by “bodies with vaginas”. (The Telegraph 25 September 2021, for those who don’t believe me.)

Also having a problem with women, the word not the actual people, is the Wellcome Collection in the University of London. This selection of medical antiquities, put together by the 19th-century collector Henry Wellcome, used the word womxn in a promotional tweet, just to be inclusive. I’m not sure that the long-gone Henry would have ‘wellcomed’ this development.

Not to miss the bandwagon, an NHS hospital has instructed staff to use “gender inclusive” phrases. “Mothers” and “breast milk” are out, “birthing parents” and “human milk”, are in. (Note that I was very careful not to say, “jump on the bandwagon”, I do not want to offend the many who cannot jump.)

Shakespeare was not too impressed by milk, human or otherwise. Lady Macbeth complains that her husband is a kind and gentle person, full of the “milk of human kindness”. This, she believes, makes him weak and unable use force to take what he wants.

So, for all my men readers, until we can get our vaginas sorted out, let us be known as mxn – if you need to say this out loud, I leave the pronunciation up to the reader.

The problems raised in the blog are wo-manifold. Its failings are wo-manifest. But I have wo-managed to pass the wo-mandatory length. Time to wo-man the lifeboats and make my escape. I will let the editor sort out my wo-mangled writing.

This blog is addressed equally to men and women, and anyone in-between.