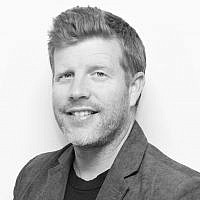 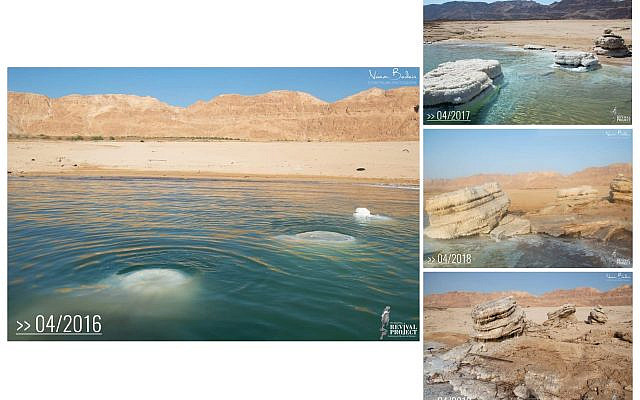 If there is one positive outcome of the pandemic, it is the environment. The planet breathes with less pollution. Animals wander freely in quarantined cities. And by coincidence, just this year, Israel has witnessed a rainy late winter, where Israel’s national lake — The Sea of Galilee — is suddenly almost completely filled for the first time in three decades.

Yet while streams flourish, the Dead Sea has shrunk to its lowest level in recorded history. Freshwater remains the most valuable asset in our region and soon the world.

For the first time in the modern era, the epic coronavirus global crisis has managed to shift humanity, with all its diversity, shapes, colors and forms into one universal frail organism, affecting nations worldwide with devastating drastic results.

With over two billion people currently confined at home hoping and praying for a brighter and healthier future, many of us are taking this period of time for reflection, as our daily routines have turned our lives upside down. Now is the time to show our appreciation to the surrounding nature and environment that has, for the most part, been overlooked and oftentimes forgotten.

The next shared global crisis is just around the corner, a crisis of a water-stressed world, due to climate change and overpopulation.

A whopping 780 million people around the world today do not have access to clean drinking water. According to United Nations estimates, 1,000 children die daily, due to unhealthy water conditions. Less than one percent of all surface water on earth is accessible, drinkable freshwater.

For the past 21 years, the Middle East has been experiencing a continuous drought that has put an enormous strain on scarce water resources. It ran out of water a number of years ago, making it the first major region to run out of water in recorded history. Presently it is the world’s most water-scarce region, with 17 countries below the water poverty line set by the United Nations. The Middle East consists of six percent of the world’s population, yet has just one percent of the world’s freshwater resources.

According to the World Bank estimations, if things continue “business as usual,” 60% of the Middle East region will face high to extremely high water stress by 2040. Scientists conclude that climate change will hit the region 50 percent harder than anywhere else on the planet.

According to the UN, by the year 2025, 2/3 of the world’s population could be “water-stressed.” The US government predicts that by then, 40 out of 50 states in the US — and 60% of the Earth’s land surface — will soon face alarming gaps between available water and the growing demand for it. By 2050, global water demand is projected to increase by 55%. As global water friction grows, unprecedented domestic and international pressure is expected to be directed at water-rich regions, leading to political, economic, social, and environmental stress.

Save the Dead Sea

No government office is working today to restore and rehabilitate this historical flow to save the Dead Sea in its most natural solution.  Israel does not have diplomatic relations with Syria and the Jordanians are more concerned about their water source independence.

While the multi-billion-dollar project is not necessarily the best economic, environmental or technical choice it seems that it might be the best political choice. The largest facility in the world for desalinated water is planned for this project. Its first priority is to provide desalinated drinkable water to the thirsty population of the Kingdom of Jordan, a country one of the four driest in the world.

The signed agreements between Jordan the PA and Israel turned this project into the symbol of the Middle East cooperation and co-existence, according to the World Bank. The Dead Sea cause has the ability to inspire the world with advanced water technology solutions and water management. Desalinization is practiced in 150 countries worldwide and the International Desalination Association (IDA) estimated that more than 300 million people around the world depend on desalinated water for some or all of their daily needs.  According to the World Bank calculations, desalination in the Middle East and North Africa, accounts for nearly half of the world’s desalination capacity, making it the largest desalination market in the world.

Unfortunately, this project may take over a decade to attain while complex arrays of environmental, economic, and political factors are causing the Dead Sea to shrink at an alarming rate.

In summary, clean and drinkable water is the most valuable asset in the Middle East as well as for the whole world.  Before it can be used to rehabilitate rivers and water treasures, water is a fundamental basic human right and will always be the top priority.

April 2020 would have marked four years since I began exploring and documenting the Dead Sea with time-lapse photography, as never seen before. I have led and promoted hundreds of eco-boat tours on the Dead Sea, showing the dramatic changes evolving from the alarming shrinkage and drying up of the Dead Sea while also uncovering the magic and beauty of Israel’s World Wonder.

One course of action that can be done to preserve this water treasure is to document and publicize the environmental drama unfolding daily through education and visual arts. It is time to protect these images before it is too late.

April 22, Dead Sea, Israel – The Dead Sea Revival Project and the Dead Sea Virtual Museum in partnership with Gurushots are pleased to announce a Global Earth Day initiative, inviting anyone who has ever visited the Dead Sea to share their favorite photos at: