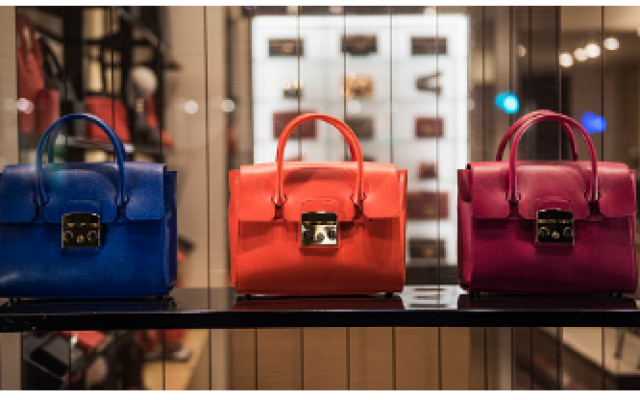 At the time of writing this article, featured in The Wall Street Journal, was a study printed in the journal Social Influence which concluded, startlingly, that materialistic people are more selfish and that simply being in the proximity of luxury will make you more selfish.

Three different experiments were conducted, all pointing toward the same conclusion.

The people conducting this experiment went to an upscale street in Paris. In the first test, they placed a woman in a leg brace who “needed” help with something she had dropped. Only 35% of people on this street offered to help, versus 77% of the people on the regular (not upscale) street of stores.

In the second experiment, a lady in a wheelchair was being pushed by a friend. The friend asked a passerby to watch the lady while she (the friend) went to fetch a cell phone she had left behind. Only 23% of the people on the upscale street accepted the request to watch the lady in the wheelchair, as opposed to 82% of passersby on the regular street.

In the third test, the researchers tried three different locations:

The take-home of this study is that materialism increases selfishness and a lack of regard for others, for which there is a severe price to be paid. For one, selfishness is the root cause of depression, among many other consequences of being selfish.

Some people are raised with the mentality that life is all about them. Everyone is living for “me,” since “me” is most important, at least for me. At the same time, they view everyone else as living with the same attitude as themselves, and therefore we live in a dog-eat-dog world where the strongest, most intelligent dog wins; competitive, narcissistic, and ruthless.

I was watching a (liberal-minded) TV show in Hebrew out of Israel presenting “Ultra” (as in a type of high-grade gasoline only used for the best race car engines) Orthodox women, averaging 8 to 10 children and some having even 15 to 17 children!

The tone of the show was sardonic. The broadcaster was saying that some of these women had not experienced one straight night of sleep in 20 years and that some of them looked forward to having another baby so that they could have a good night’s sleep in the hospital and get served their food on a “plastic” platter.

The broadcaster was so adamant in his negativity regarding these women that he implied there is something wrong with people who believe they are blessed and content when it is “obvious” they have it wrong.

The essential difference between the study in the Wall Street Journal and these baby-producing women is a fundamentally opposite worldview.

The “Ultra (Orthodox)” see life as having a more significant meaning than just the self. They are an essential cog in a more fabulous machine and are more personally fulfilled when serving this mission. When connected to this greater purpose, they have the camaraderie and dedication of all the like-minded people in the world. They are available for others, as others are available for them. The very opposite is the truth in the selfish, materialistic world.

Incidentally, as I write this article, a study published in Japan wherein people lived well into their nineties, even upward of 100 years. The study determined that the main reason for longevity was the genuine lifelong friendships and sense of community enjoyed by the island’s people.

Large families have the help and support of each other. They participate in the lives and events of one another. Their life is filled with action, fraternity, and never a dull moment.

I would bet that the people on the upscale street in Paris who, according to the study, were more selfish than the others, are probably more depressed, have gone through more divorces, and live with more loneliness than any of the “Ultras.” I have counseled many such people myself.

I agree perhaps, the upscale streets are cleaner, sharper, and glitzier than the others.

But the questions most people must answer and have the courage to live with are, “Will I choose form over substance? Do I choose a life of meaning and greater purpose, the inside and the soul is glitzier, or one of immediate and selfish gratification? Do I leave the world better off and more enriched than when I was born, or a world that dies, when I die?”