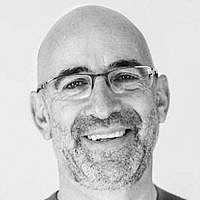 The Blogs
Ezra Astruc
Apply for a Blog
Please note that the posts on The Blogs are contributed by third parties. The opinions, facts and any media content in them are presented solely by the authors, and neither The Times of Israel nor its partners assume any responsibility for them. Please contact us in case of abuse. In case of abuse,
Report this post. 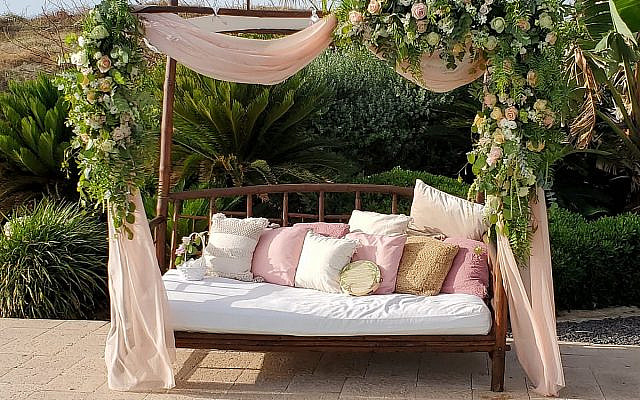 Especially for the BRIDE

This is how my COVID 19 Wedding planning Experience started…

“Hi Ezra, our daughter is engaged, and we were wondering if you could help with planning the wedding,” asked a returning client in mid -December, 2019. “Of course”, I replied both honored and thrilled to have been considered. We immediately went into action scouting out a lovely and appropriate venue designed to accommodate 500 guests.  The date was set for the beginning of June allowing enough planning time for relatives and friends, including an elderly grandmother from abroad, to make plane reservations.

A food tasting appointment was made for the beginning of March which was around the same time that news of a very contagious virus started to become regular topic of conversation.  Out of nowhere our scheduled food tasting was abruptly cancelled with no alternate date provided by the caterer.  That was the moment in which I realized that planning this wedding was going to be different from anything I had worked on before.

On March 19 Israel went into lock down and everything from school to concerts were cancelled with Israelis not being allowed to leave their homes unless absolutely necessary.

My client and I were in constant contact speculating on possible dates when restrictions would be eased and discussing ideas for how the wedding could take place in the midst of a new normal.  The wedding had to go ahead but how, where, and with how many people were questions that definitely kept the bride, groom, their families and myself up at night.

By the time mid- April arrived and I was allowed to venture more than 100 meters from my house, I arranged a meeting at the wedding venue that we had selected.  We learned that after June 1 weddings would be allowed, but only with a maximum of 100 people in attendance.  While there were many guests from overseas no longer attending, there were hundreds from Israel that were on the guest list.  How were we to handle that?  And then I was told that the venue in-house caterer that I was familiar with was no longer there and a new caterer who I had never heard of before nor tasted his food had taken over the kitchen.

The only certainty was that the wedding would take place on the originally scheduled date.  The bride and groom, their families and me, as the wedding planner, had to think strategically, creatively and quickly.  With only two and a half weeks before the wedding date we needed to figure out how to put together a meaningful, beautiful, safe and inclusive simcha in the midst of COVID.

As the venue designed to accommodate 500 people no longer was suitable, a smaller, outdoor venue overlooking the Mediterranean Sea with the spectacular sunset that would frame the back of chuppah, was secured.  Finding such a spot merely 18 days before a wedding was something that would have previously never have been within the realm of possibility.

A designer was quickly chosen to put together the flowers and table layout and there was much discussion and angst over having to reduce the number of invited guests to 1/5 of the original list. Every day we monitored Ministry of Health guidelines to make sure the number of people allowed at gatherings would not decrease beyond 100 which would mean we would have to make further changes.  We discussed various scenarios and had to create back up plans if numbers were reduced. Ensuring the safety of the guests and strict adherence to health guidelines required even more planning and a heightened level of stress.

The wedding day presented a totally new, yet quite remarkable experience.  Guests arrived wearing masks and had their temperature taken before they entered the venue. Food stations for the reception and dinner were not allowed as they would cause a gathering of too many people.  All staff had to wear masks and the waiters also had to wear gloves.  The grandparents were seated at a separate table for four and were assigned their own designated waiter.  Tables designed for 12 sat only 6 and 8 and there was a two meter space between each table.  Stations that would have normally been filled with cocktails and hors d’oeuvres now housed bottles of hand sanitizers and disposable masks.

The entire wedding from the bedekin to the last dance of the night was broadcast via youtube livestream. The sense of excitement and community that was created via technology provided the next best thing to being there as messages from family and friends from around the globe were flashed on the computer screen.  There was a deep sense of joy shared by those who were near and those who were far.

Like so many, I have learned to adapt myself and my business to a new reality.  It was not easy, but it was possible.  Mazal tov to the wonderful young couple.  May your lives be filled with an abundance of good health and  happiness.

About the Author
I'm an experienced wedding planner and a former Hotelier in Israel.
Related Topics
Related Posts
Comments