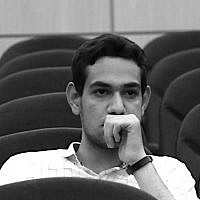 Burning the USA and Israel flags, and Painting them on the ground, usually in front of an entrance door, is the most common ritual of nakba day in Iran. On that day, I liked to sit in a corner and Watch people in the dilemma of treading on flags, or redirecting their path. Actually it means shouting out their orientations. In a country like Iran, where politics has a huge effect on your daily life, It’s hard to remain neutral. 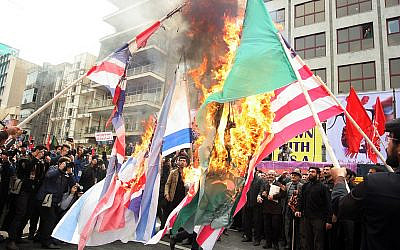 It was 15 may 2017, and a worth ditching class event held on our campus. The guest was a famous documentarian who spent years filming wars in Balkan and Middle East, and also making several films about politics and politicians. although he wasn’t an independent journalist. Most of his works belong to the cultural branch of Islamic republic guardians corps. Also, he always directly and with a proud sound, admitted he was a member of Hezbollah and even had a face to face meeting with Nasrallah, which he described as one of his best memories, which means many countries may regard him as a terrorist!

But during the previous year, he published a series of interviews with Iranian intellectuals on the internet, that despite his entire career, didn’t attach to any organization. These interviews revealed many interesting points! so it makes him more than a propagandist to us.

Well, although May 15 is mostly known for the nakba day and Arab-Israel conflict, the main topic of that event was about the Iranian presidential election. An election game was running between candidates who were approved by the guardian council; a council consisting of 12 men, all directly or indirectly appointed by the supreme leader. The funny point is we actually took this election seriously! but it was nakba day after all, and an orator with those records couldn’t avoid talking about the near east.

Unlike us, this Mr.documentarian was somehow upset about everything. Hence instead of talking in favor of a candidate, he advised the election isn’t even worth debating with your friends. In order to remind the stupidity of youths, he told us After Oslo treaty, some students in Tehran (including himself) attacked the office of PLO in Tehran (known as Palestine embassy). They tried to climb its wall, but the doorman opened the door and asked them to enter normally. After a short consultation, they decided to continue the wall climbing! only because of the revolutionary spirit of this action!!

By that, he mentioned Palestine in the nakba day, and by an unwritten rule he had to follow the tradition of screaming your orientation. Especially because despite his past, he looked liberal at that moment.

So someone from the crowd asked him about the appropriate approach to the Zionist regime in his idea. His answer wasn’t satisfying for the hardliner audience. because instead of destroying Israel entirely, he talked in favor of Palestinian referendum to determine their sovereignty.

I think this documentarian was one of those guys who spent years in the Arab world in the hope of extending the political borders of Iran, but finally understood that apart from supplying armaments and military training, Arab people won’t consider Iranians as Muslims and Persians are out of Islamic brotherhood. Hence his cultural works were in vain! These days’ people like him are a serious issue for the Islamic republic of Iran. Ideas are powerful, but eventually they all become boring one day.

Then he told us a memory about the Lebanese civil war to warn us about the vicious consequences of not accepting each other. Apparently in 1988, when he was 18, he traveled to Lebanon for a project. The memory begins with his image with a teen warrior at a trench somewhere in Lebanon. This teenager told him that last week he was a sniper and watched the enemy’s field. He saw his cousin there, fought for the rivals. But without any doubt shot and killed him. Then he asked our documentarian: “Hey, why I killed my cousin?” and it wasn’t only for sharing emotions! Hezbollah members see Iranians as their mentors. So by this question he really expects an ideological answer!

Well, I have no idea what kind of answer he gave him at that specific moment, but I talked to my friend who sat next to me and said: because you are an idiot! The war ended and commanders forgot all the conflicts in order to establish a new state in Lebanon, which became so corrupt but remains until today as we know it!

Obviously not everybody there agreed with me. I heard someone say: those Lebanese teens deserve more than these boys. and point us with his finger! I knew that man. Allegedly he was a steward in our faculty. Also he was a classic Anti-Semitic too. The kind who refers you to the protocols of the elders of Zion.

After the event, the documentarian didn’t exit from the main door, where the flags were. So we couldn’t see whether he steps on the flags or not. I thought maybe it’s childish to watch humans in a dilemma anyway. At least if you aren’t a sociologist! After all, what percentage of people actually cares about the meaning of their actions?

About the Author
Ali was a journalist in Iran, working for ISNA (Iranian Students News Agency) from 2019 to 2021. now, He lives in Milan, Italy.
Related Topics
Related Posts
Comments