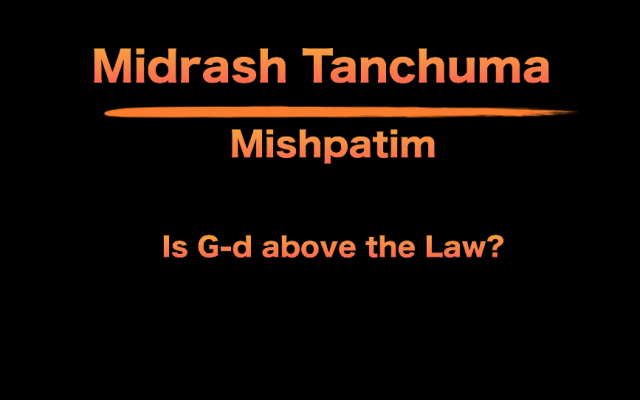 Parshat Mishpatim – true to its name – covers many laws and statutes for building a just society. Midrash Tanchuma, however, is interested in probing the inevitable clash between Man’s drive for power and G-d’s need for a just society. The Midrash sums it up this way:

“Normally, a powerful person in society does not wish to comply with the legal system, rather they bypass it in order to carry out acts of coercion and theft… But the Holy One, Blessed Be He, loves justice, and executes his decrees only with justice.”

This statement sounds deceptively simple. We all know that those who yield power and influence often feel that they are above the law. Yet, we take for granted the fact that G-d, who runs the world, confines Himself to the realm of justice. Why do we assume G-d has to play by the rules?

Ancient civilizations assumed god craved power as much as they did

In contemporary Western civilization, we tend to glorify the contributions of ancient civilizations to the arts, science, literature and architecture. We conveniently ignore their ruthless subjugation of anyone in their path of world domination.

Perhaps these civilizations could not even imagine a powerful deity who was bound by justice. That’s why Greek gods, for example, fought each other, and were subject to human emotions of love, hate and jealousy.

However, Midrash Tanchuma makes this unabashed statement that G-d “loves justice, and executes his decrees only justly.” What an awe-inspiring thought. Isaiah expressed it well in Chapter 55. Verses that (by no coincidence) we read in the Haftorah on public fast days when our misdeeds and G-d’s justice come sharply into focus:

How does one internalize this critical idea? It’s fair to say that Jewish Holidays serve to remind us about G-d’s intervention on behalf of the Jewish People – thereby restoring justice in the world.

However, recognizing G-d’s justice in your own life is a challenge. You have to see a pattern of divine justice in both the good times and the bad. Certainly, If you succeed in seeing G-d’s intervention at crucial junctures in your life, it will serve as a great source of comfort and faith.

Either way, we should be thankful that G-d chose not to be above the law. Otherwise, life would be akin to living under history’s notorious despots  – whose pronouncements regarding the welfare of their subjects were based on anything but justice.