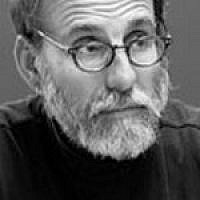 The Blogs
Shaul Magid
Apply for a Blog
Please note that the posts on The Blogs are contributed by third parties. The opinions, facts and any media content in them are presented solely by the authors, and neither The Times of Israel nor its partners assume any responsibility for them. Please contact us in case of abuse. In case of abuse,
Report this post.

Some years ago I was sitting with a friend and academic colleague. I was mulling over the possibility of returning to live in Israel, which I had left in 1989. Responding to my “soul searching,” he said to me very matter-of-factly, “Shaul, why would you want to live in a place where everyone is Jewish?” It was an arresting comment, a “queering” of the very foundation upon which Jewish identity was built in the twentieth century. It was, of course, the inversion of Ben-Gurion’s Zionist argument, which was founded on the premise of living in a place where everyone is Jewish: the policeman, the fireman, the postal worker, even the prostitute. It was a comment that perhaps could only be said with utter seriousness in contemporary America, where anti-Semitism is no longer looming as it was throughout most of Jewish history.

Now, of course, everyone in Israel isn’t Jewish. In fact, about 20% are not. But in reality, the society today is so separated that Jews and non-Jews in Israel do not interact the way whites and African Americans do in the US (America is about 14% African American). For example, in Israel it is presently illegal for a Jew to marry a non-Jew (the rabbinate has control over marriage and divorce). Intermarriage in the US among many minorities, including Jews, continues to rise or plateau. The Pew Research Center survey in 2010 claimed 15% of marriages in the US are inter-racial, having doubled since 1980. Whether this is good or bad is beside the point. In Israel, Jews and non-Jewish citizens inhabit separate societies and occupy distinct public spheres with limited points of intersection. Interaction is largely, albeit not exclusively, limited to commerce and professional matters. One can readily find “only Jews” written in apartment listings, even in Tel Aviv. The rhetoric of separateness is normative for both Jews and non-Jews. Hence, even given the demographics, my friend’s point was a valid one.

This anecdote came to mind as I pondered the recent violence against migrants in south Tel Aviv and, as disturbing, comments by Knesset members that seemed to fan the flames and ostensibly justify discrimination and xenophobia against this minority. It took Avigdor Liberman to publicly contest this xenophobic mania by warning his Knesset colleagues that we must remember our history of being oppressed and not succumb to the inclination to treat others as we were treated in the past (one need look no further than the Hebrew Bible for a proof text). One must give Liberman credit for his comments, although it is a sad state of affairs when a politician such as he is the one who calls for tolerance and morality. 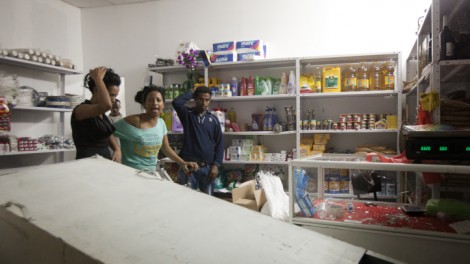 Immigrant women run out of their store, which was looted during a May 24 anti-migrant demonstration in Tel Aviv (photo credit: Tali Mayer/Flash90)

But what is really going on here? It is too easy to say that these were isolated incidents and that most Israelis deplore such violence. Most surely do. But politicians from Kadima to Shas felt comfortable enough to voice what many others also feel, i.e., that the Israeli Jews in Israel, the majority culture, are under a perennial “existential threat” that justifies acting as if they are a victimized minority. This is not to minimize the demographic threat for those committed to maintaining a Jewish majority in the “Jewish” State. This is one reality of democracy. Just a few months ago America passed a symbolic threshold when it was reported that more than 50% of births in the US were non-white. As a democratic country, Israel will have to deal with the demographic problem through democracy.

It is a gross understatement to say that the twentieth century has been traumatic for the Jews. The Holocaust that ended in 1945, followed by the establishment of a Jewish state in 1948, is mind-boggling from any historical perspective. Given the fabric of slow civilizational change, the transformation from near destruction to becoming a majority society for the first time in millennia is perhaps unprecedented in human history. One could not expect the mentality of a besieged minority that cultivated that persona as a response to the realties in which it lived for most of its history to keep pace with this historical unfolding. The mentality of a besieged people became a cornerstone of its theology, identity, and collective psychology, from the prophet Jeremiah to the present. Perhaps history simply happened too quickly, driven by events beyond the control of the human subjects who were subjected to it. This is not to justify violence against a minority in one’s midst, only to suggest some of its psychological roots.

Being a majority is a complicated matter for any civilization, much less one fashioned on its minority status as the very reason for its being (exile precedes redemption). Zionists such as Ahad Ha’am and Gershom Scholem knew this quite well, and warned their countrymen of the pitfalls of entering into the arena of power too quickly and too triumphantly. But history did not listen, as it rarely does, and thus here we stand.

Some have written that the attacks against migrants in south Tel Aviv are an example of racism. While racism exists in Israel as it exists everywhere, I am not convinced this is the root of the problem. The problem, as I see it, is “otherness.” More precisely, how does an oppressed people became a true majority and refashion its identity so that otherness is not by definition a threat? In this sense, the Arabs have made it too easy for the Jews in Israel to be a majority and yet not identify as such. Holocaust imagery is still used to justify Israel’s behavior, as if a country with one of the most powerful militaries in the world and the backing of the only true superpower can be equated with the emaciated living corpses of Auschwitz. The comparison is nothing less than grotesque. It is arguably the case that the victim has no ethical obligation other than to survive. But the majority is not the victim, at least not in that way. This is not to say that majorities can’t be threatened. They surely can. But majorities, unlike besieged victims, do have ethical obligations toward minorities in their midst.

What I am suggesting is that the mentality of the victim — the identity of the besieged minority — still functions as a pillar of Israeli self-fashioning, and this, I believe, underlies the tragic episode of the migrants. The “other,” any “other,” is a threat by definition, even when she is basically powerless. The Palestinian terrorist is no different from the impoverished migrant. The PA-supporting family in East Jerusalem is no different from the Hamas-supporting family in Gaza. The Palestinian cave-dweller in the south Hebron hills is no different from the Molotov cocktail-throwing youth at the entrance to Jenin. The enemy is the “other.” And the “other” is the enemy. This is how besieged minorities survive, as survival is their only ethical obligation.

But what a majority produces when it identifies and acts as a victimized minority is tyranny.

And this “other” is not always the non-Jewish other. The violence against modern religious Jews by the haredim in Beit Shemesh, the recent case of a haredi Jew being denied entry to a shopping mall in Ramat Aviv, young Jews proudly wearing “Not One Inch” Kahane T-shirts at the Israel Day Parade in Central Park — these are all examples of how a victimized minority behaves: afraid, defiant, self-justifying, suspicious of difference, ethically obligated only to one’s kind. For a besieged minority, when the enemy without is not present, or not present enough, the enemy within serves as a substitute. Living in a place “where everyone is Jewish” does not by itself solve the malaise of the besieged minority.

David Ben-Gurion remarked soon after the Six Day War that if Israel does not return the territories (at that time return meant return to Jordan and Egypt), the occupation would destroy the country. I do not believe he was referring to an “existential threat.” I believe he was referring to an ethical deterioration; that being a not-yet-mature majority unjustly and undemocratically ruling over a minority would essentially prevent Israel from properly fashioning itself as a majority; that living “as if” “everyone is Jewish” erases the face of the non-Jewish, or even Jewish, “other.” That all difference will be viewed as a threat.

The violence against the migrants in Tel Aviv is not isolated from the larger problem that seems to be spreading, a problem that cannot be effaced by hasbara or erased by endless political justifications or machinations. As Israel clings to its narrative, a narrative of a besieged minority, but rules as a majority, tyranny inches forward. We may not be there yet. The question is: Are we closer than we were before? In the end, I chose to remain in a country where most of my fellow citizens are “not Jewish.” Perhaps that choice disqualifies me from having a place at the table. If so, so be it. But the question remains. If the question is disqualified, Israel may indeed survive. But what kind of majority will it be?