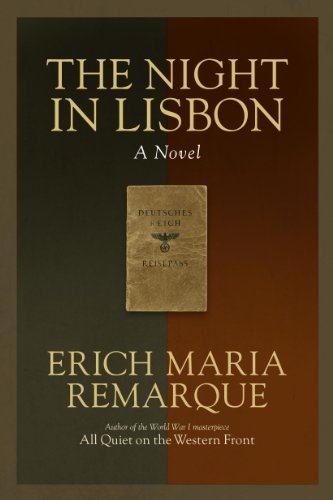 The results of recent surveys by the Claims Conference and other organizations confirm the painful realization of how few younger people know anything about the Holocaust including what the word Auschwitz represents.

In my recent research in connection with Holocaust and antisemitism projects I have come to a second realization:

Many writers of both fiction and nonfiction Holocaust literature miss opportunities to educate their readers on the historical facts.

First, though, a brief explanation of context:

The book THE CULTURAL MAP by Erin Meyer describes various issues when communicating across cultures. One major issue is the amount of background context needed by different cultures to understand a subject. We cannot expect others to know what we know!

(Formal definition of context: the circumstances that form the setting for an event, statement, or idea, and in terms of which it can be fully understood and assessed.)

The same concept of how much background context is needed can be applied to Holocaust literature. For example, if you are giving a speech to a conference of Holocaust educators about the ramping up of the Auschwitz complex in 1942 from a prisoner concentration camp into an extermination camp you would not need to provide a great deal of background historical context.

The same speech to a conference of high school educators tasked with teaching for the first time about the Holocaust would need to include a great deal of background historical context to fully explain the significance of this radical transformation of the Auschwitz complex.

Now on to WWII/Holocaust literature:

The novel THE NIGHT IN LISBON by Erich Maria Remarque focuses on two German refugees in the opening months of WWII.  The novel was first published in German in 1962 and then in English in 1964. This time period was close enough to the end of WWII in 1945 for most readers to have understood – with the minimum of provided historical background – the context of the desperate need for these refugees to escape Nazi-occupied Europe.

In contrast, the novel SEND FOR ME by Lauren Fox was published in February 2021. A large number of readers for this novel will presumably not have the necessary background information to fully understand the context.

Lauren Fox quotes — at the beginning of the book’s chapters — actual letters sent from 1938 to 1941 by her great-grandmother in Germany to the woman’s daughter (Fox’s grandmother), who had gotten to safety in the U.S. As far as I could tell, there is no mention in any of the narratives of the daughter’s POV that on September 1, 1939, Germany invaded Poland and therefore the hope of getting both letters and her parents out of Germany from then on became much less likely.

In other words, the novel does not provide the overall context for readers who know little about the plight of the German Jews, the timeline of anti-Jewish measures in Germany before and at the start of the war, and the U.S.’s draconian immigration policy for desperate European Jews.

This is a missed opportunity that could easily have been rectified by weaving small pieces of information into the narrative of the daughter who reached safety in the U.S.

Sometimes providing context is as simple as including a date:

For example, when I included the year 1942 earlier in this blog post in the phrase “the ramping up of the Auschwitz complex in 1942,” I was clueing readers into the understanding that this major transformation took place several years after Dachau was established as a political opponents concentration camp in 1933 (less than two months after Hitler was democratically elected chancellor of Germany) and a few years after the Nazis started the war on September 1, 1939.

Sometimes providing context may require more than just a date:

I am not a huge fan of using footnotes, especially in ebooks. Yet there are other ways to weave in pieces of information without stopping the flow of the overall narrative. Writers use their imagination to write both fiction and nonfiction. A touch more of that imagination can make the context of a book (or article) much clearer to readers.

In this time when antisemitism is so sharply on the rise, anything we can do as writers (or our editors can do in support of our writing) to supplement knowledge and understanding of WWII and the Holocaust would be most welcome. Let’s commit to doing this!